Is Angelyne Married? Does She Have Kids? 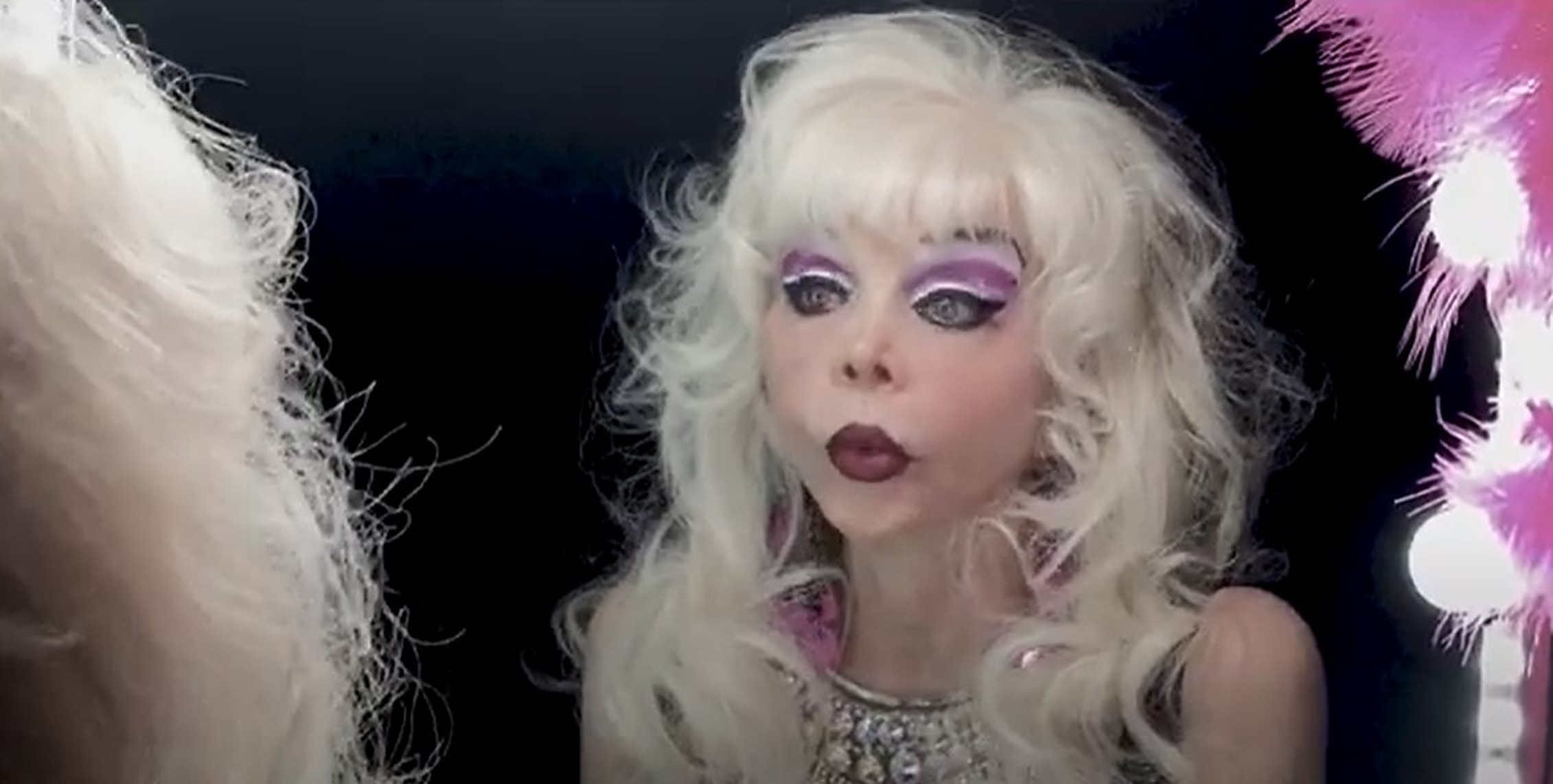 Renee Tami Goldberg, famously known as Angelyne, is a renowned model, singer, and media personality who rose to prominence during the 80s. Her very first of the many iconic billboards embellished Los Angeles in 1984, and over the years, she has come to be known as the original media influencer, whom many believe Kim Kardashian and Paris Hilton may have drawn inspiration from. While Angelyne is frequently spotted around Los Angeles in her signature hot-pink Corvette, her personal life and background have mostly been shrouded in mystery.

However, the curtains on Angelyne’s actual identity were lifted in 2017 when The Hollywood Reporter published a feature by Gary Baum on several aspects of the Los-Angeles-based icon’s life. Not just that, Peacock’s original biographical drama series ‘Angelyne’ also sheds some light on her story. But what about her personal relationships? Let’s find out more about them, shall we?

Angelyne was born on October 2, 1950, in Poland as Ronia Tamar Goldberg. Her parents, Hendrik Goldberg AKA Henry and Bronia Zernicka, were Polish Jews who met in the Chmielnik ghetto during World War II and were then sent to live at numerous Nazi concentration camps. They were among the 500 Jews out of a 13,000 population to survive. After liberation, the two tied the knot at the Foehrenwald displaced persons camp in Germany and moved back to Poland.

After Angelyne’s birth, the family moved to Israel, where they lived in the Hasidic Jew community of Bnei Brak, east of Tel Aviv. In 1959, she immigrated to America with her parents and younger sister Annette, and they settled in Fairfax, Los Angeles. Unfortunately, Bronia succumbed to cancer in 1965, when Angelyne was barely 14-years-old. The death of her mother reportedly scarred her, as her equation with her father was rather troubled.

Angelyne’s father then married Deborah, a divorcee and a Holocaust survivor herself, with whom he had a daughter named Norma. The family shifted to Panorama City, where Angelyne commenced her high school education. Henry’s experiences in the war had hardened him, and he was reportedly abusive toward her, often locking her in the closet and beating her, as alleged by Angelyne’s niece, Cheyenne, in an interview with Jesse Small.

Sometime in 1968, Angelyne reportedly married Michael Strauss, a Jewish boy from Beverly Hills, whose father was an executive. Michael told Gary Baum that they had met through mutual friends before she had moved to Panorama City. After their marriage, the couple lived with Angelyne’s younger sister, Annette, and her first husband at the corner of Hollywood Boulevard and Vine Street in Hollywood, Southern California. However, Angelyne and Michael divorced amicably soon after in 1969.

While Michael went on to travel extensively for several years, Angelyne seemingly left home to make a career in showbiz. When he returned to Los Angeles in the mid-1970s, she had already made the transition to her current persona, which according to Michael, felt unrecognizable. Michael shared with Gary, “I hooked up with Renee again, and she was Angelyne…I wasn’t there when she made the transition. All of a sudden, big boobs, blond hair, this voice — the voice used to make me nuts. It didn’t compute with who I’d known she was.”

According to Michael, he approached Angelyne again in the early 1990s to return some old photos and documents, but she plainly refused to take them, as she had “created another life.” However, in an August 2017 interview with LA Weekly, she dismissed the idea of Michael being her former spouse and stated, “The minute a person because famous, everybody changes their tune…[Strauss] will be saying things just to get his name out there. I can’t blame him. It’s OK. I’ve got a lot of fame and if he wants to take some of it, that’s fine. I hardly know the guy.”

Does Angelyne Have Kids?

No, Angelyne does not have any children. After she and Michael reportedly divorced, the iconic influencer did not marry again. In the late 70s, Angelyne dated Jordan Michaels and joined Baby Blue, his punk-rock band, which ended around 1984. Following their split, she did not have any significant relationships. However, Jesse Small, a filmmaker who made a documentary on her in 2012, told Gary in a 2017 interview that Angelyne and her assistant Scott Hennig had allegedly confessed that they were in a brief relationship in the past; the claim remains uncorroborated.

Apart from this, not much is known about Angelyne’s romantic relationships. In a July 2014 interview, when she was asked if she has someone special in her life, she answered, “Everyone is special when they’re with me.” Angelyne is presently busy making her own film called ‘Angelyne: Billboard Queen,’ which she insists is the only authentic account of her life. In 2021, she also was a candidate in the California gubernatorial recall election and received 0.5% of the vote.