Is Armageddon Time on Netflix, HBO Max, Hulu, or Prime? 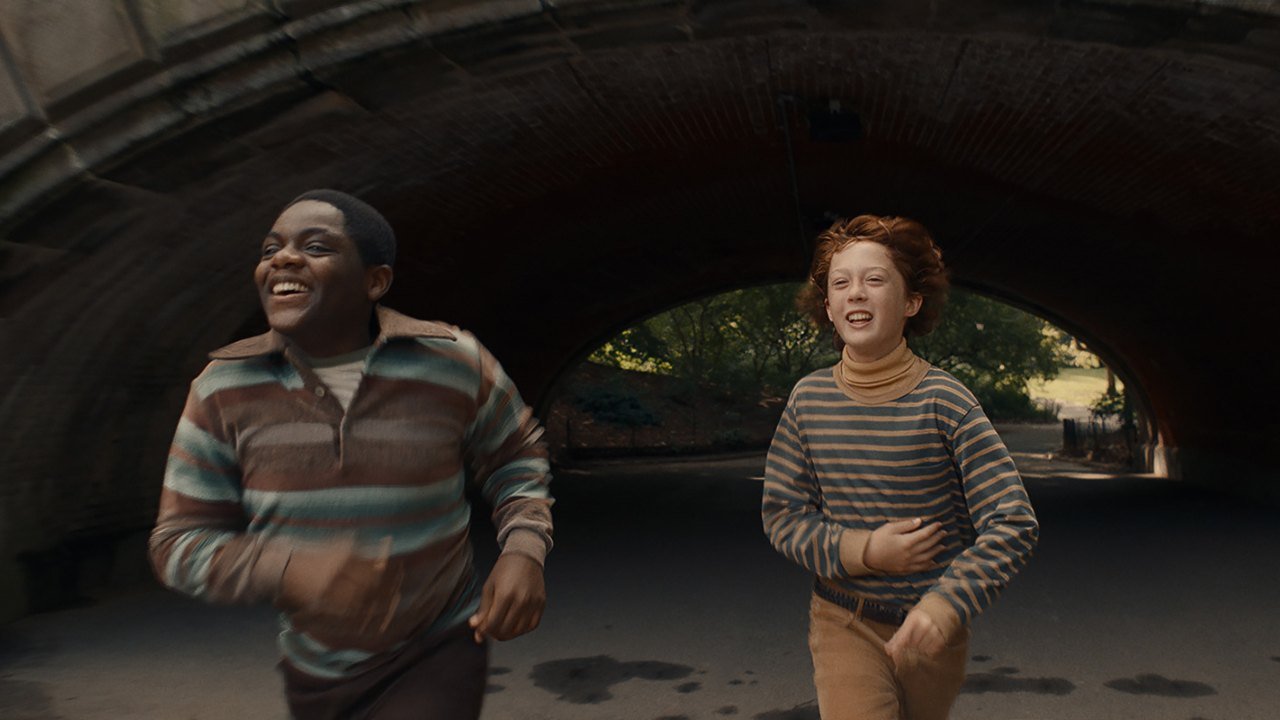 ‘Armageddon Time’ is a historical drama movie that revolves around an American Jewish boy named Paul Graff who gets sent to a private school and learns about life and the importance of having a supportive family. Written and directed by James Gray, the story is loosely based on his childhood in Queens, New York, during the 1980s. What makes the drama movie all the more enthralling are the brilliant onscreen performances from a talented ensemble cast comprising Anne Hathaway, Jeremy Strong, Banks Repeta, Jaylin Webb, and Anthony Hopkins. If you’re eager to learn more about the film, including where you can watch it, we have got you covered!

What is Armageddon Time About?

Set in the 1980s, the coming-of-age narrative of ‘Armageddon Time’ follows Paul Graff, who gets caught smoking cannabis with his African-American friend Johnny Crocker. In order to keep him away from Johnny, Paul’s family sends him to his elder brother’s private school. Ironically, his family shows prejudice against a black child in the same way they were on the receiving end of it as Jews. Upon facing bouts of prejudice at his new school, Paul is supported by his grandfather who is the only supportive family member in his life. Now that your interest has peaked, here are all the ways you can catch the drama film!

Is Armageddon Time on Netflix?

Unfortunately, ‘Armageddon Time’ is not available for streaming on Netflix. But thanks to the streaming giant’s expansive collection of movies and TV shows, there are plenty of similar films you can turn to. We recommend you watch ‘My Best Friend Anne Frank.’

Is Armageddon Time on Hulu?

No, ‘Armageddon Time’ is not a part of Hulu’s massive catalog of content. However, you have the option of turning to other alternatives that the streamer houses, such as ‘The Painted Bird‘ and ‘Petite Maman.’

Is Armageddon Time on Amazon Prime?

Although ‘Armageddon Time’ is not included in Amazon Prime Video’s regular offering, you can still make good use of your subscription by tuning into similar films on the streaming giant. You may enjoy watching ‘Run Boy Run,’ ‘Carrie’s War,’ and ‘Hand in Hand.’

Is Armageddon Time on HBO Max?

HBO Max subscribers will have to look for ‘Armageddon Time’ on other platforms as it is not available on the streamer. However, don’t let it disappoint you too much as HBO Max offers some excellent alternatives, like ‘The Book Thief‘ and ‘Belfast.’

Where to Watch Armageddon Time Online?

‘Armageddon Time’ has received a limited theater release; therefore, there is currently no way for you to watch the period drama online. The only way you can catch the Anne Hathaway-starrer is by heading to your nearest cinema hall. . So, if your patience is running thin and cannot wait to watch the film, you can check out show timings and book tickets on the movie’s official website and Fandango.

How to Stream Armageddon Time For Free?

‘Armageddon Time’ is unavailable on any of the digital platforms at the moment, which means that you don’t have the option of streaming the movie for free. All you can do is keep your fingers crossed and hope that it arrives on any of the online platforms offering a free trial to its new subscribers. With that being said, we request all our readers always prefer to pay for the relevant subscription to watch their favorite content instead of turning to unethical means to do the same.