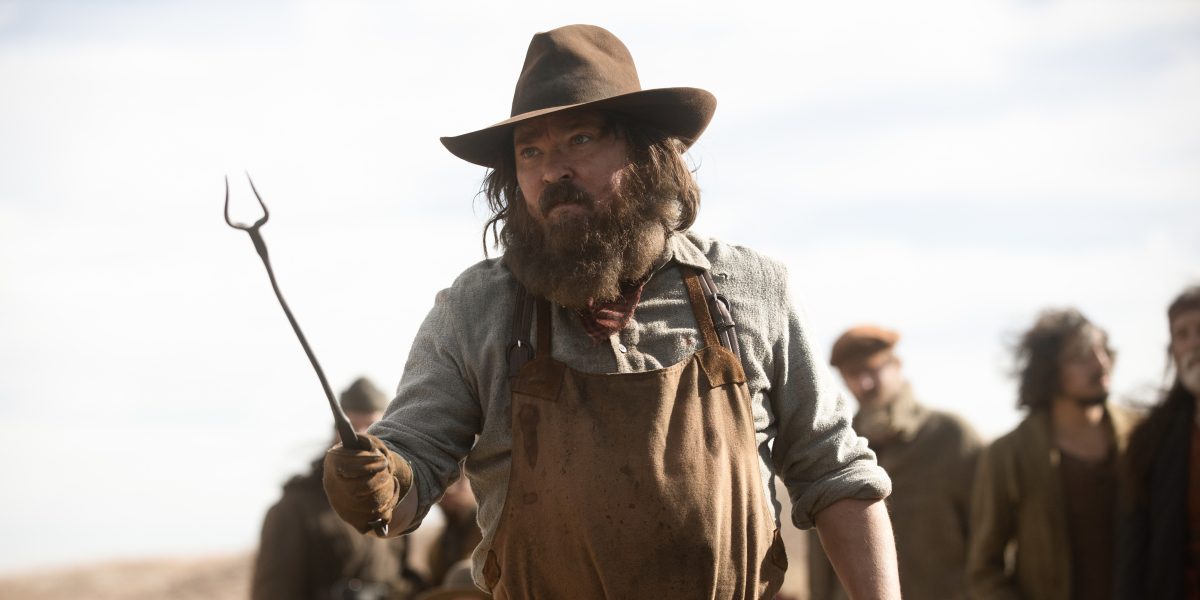 ‘1883‘ takes viewers on an enthralling journey that highlights the difficulties of life in the American West of the 19th century. The show’s narrative is propelled by intriguing characters who each add a different dimension to the story. One such character is the caravan’s cook, Cookie (James Jordan), whose presence has been a welcome addition to the group.

However, the first season’s penultimate episode will leave fans fretting over the character’s fate as the caravan faces off against the Lakota people, a Native American tribe. If you are wondering what happens to Cookie and whether the recent developments will lead to actor James Jordan’s exit from the show, here’s everything you need to know! SPOILERS AHEAD!

Viewers first meet Cookie in the sixth episode of the series titled ‘Boring the Devil.’ He is a cook camping in Doan’s Crossing, where Thomas meets him. Thomas offers Cookie the job of cooking for the caravan. Cookie is a jolly but foul-mouthed fellow who accepts the offer after laying out his terms. Thus, Cookie joins the caravan in their journey. In the seventh episode, Cookie survives the storm by getting a head start and saving the group’s valuable supplies.

The ninth episode titled ‘Racing Clouds’ brings the group into conflict with the Native American Lakota tribe. The caravan arrives at a campsite where horse thieves have murdered a few Lakota people. The caravan’s tracks inadvertently mix up with those of the horse thieves. Thus, the tribe tracks down the caravan and attacks them. Instead of waiting to clear the misunderstanding, Cookie leads the caravan away to Fort Caspar, further aggravating the situation. Soon, Cookie finds himself swarmed by the tribe’s people who shoot arrows at him. Cookie tries to defend himself but fails. He falls off his wagon and is shot multiple times, leading to his death.

In ‘1883’ season 1, actor James Jordan appears in a recurring capacity as Cookie. Jordan is a frequent collaborator of series creator Taylor Sheridan. He is known for his performances as Ben in ‘Those Who Wish Me Dead‘ and Pete Mickens in ‘Wind River,’ both of which are directed by Sheridan. Jordan is also one of the few actors to appear in both ‘Yellowstone‘ and ‘1883,’ which is a prequel to the former show.

Jordan’s character Cookie, although an intriguing character, isn’t integral to the show’s overall narrative. With Cookie’s brutal and tragic demise, it seems like Jordan’s time on the show has come to an end. Jordan appears in four episodes of the show and delivers a memorable performance as Cookie. The character’s tendency to act alone is highlighted throughout his arc, and it proves to be the reason for Cookie’s death. Moreover, Cookie’s death delivers another blow to the caravan as they must now proceed without a cook.

Overall, Cookie serves his narrative purpose, and the character’s arc concludes with his death. Although the series has been renewed for a second season, it is hard to imagine Jordan returning as Cookie in future episodes. Therefore, it is safe to say that Jordan has exited the show, with the ninth episode of season 1 marking his final appearance.