Is Cynthy Wu’s Kelly Baldwin Leaving For All Mankind?

‘For All Mankind‘ tells an alternate version of the space race as the USSR becomes the first nation to land on the moon. As a result, a race to establish superiority in the field of space exploration ensues between the USA, USSR, and other nations. Meanwhile, the science fiction series also focuses on the family lives of those involved in this space race. The Baldwin household is the center of several dramatic conflicts in the series.

However, in the show’s third season, the Baldwin family members have become distanced from each other. Nonetheless, when Ed and Karen reunite for Danny’s wedding in the show’s third season premiere, their daughter, Kelly (Cynthy Wu), isn’t present. Therefore, it is natural for viewers to wonder about Kelly’s fate and actress Cynthy Wu’s future on the show. If you are looking for answers in those regards, allow us to share everything you need to know! SPOILERS AHEAD!

What Happens to Kelly Baldwin?

Kelly Baldwin is introduced in the second season of ‘For All mankind,’ with actress Cynthy Wu (‘The Starling‘) essaying the role. Born as Hanh Nguyen in Saigon, South Vietnam, Kelly is the adopted daughter of Ed and Karen Baldwin. After the couple’s biological son, Shane, tragically passes away at a young age, they decide to adopt Kelly. She is very close to Karen but also deeply loves and respects Ed. Towards the end of the second season, Kelly decides to join Naval college and goes on a journey to discover her biological parents. Meanwhile, Ed and Karen’s relationship reaches a breaking point, and they consider a divorce. 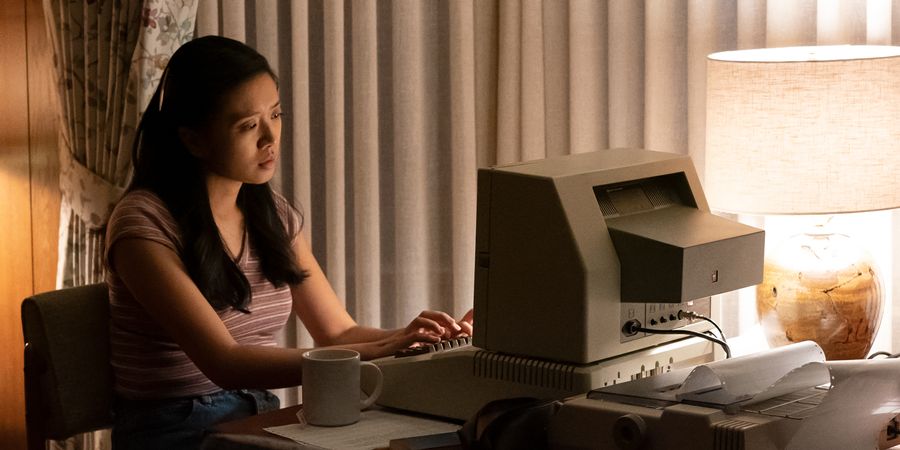 In season 3, the narrative jumps forward to the 90s, and Ed and Karen have moved on with their lives. Kelly’s childhood friend Danny Stevens, the son of Gordo and Tracy Stevens, is getting married at the space hotel run by Karen and Sam Cleavland. However, Kelly does not attend the wedding and only appears in the episode through a video message she sends to the bride and groom. In the video, Kelly reveals that she is stuck in Antarctica on a project. Therefore, she could not attend the wedding.

Is Cynthy Wu Leaving For All Mankind?

Cynthy Wu’s Kelly Baldwin is one of the main characters in the show’s second season. The actress is credited as a series regular for season 2 and is a part of several important storylines. However, her limited appearance in the third season premiere will certainly raise eyebrows and make viewers question the actress’ future in the series. Moreover, the separation of Kelly’s parents and her posting in Antarctica hints that the show is preparing to write off Wu’s character.

Despite the concerns over Kelly’s character arc and screentime, viewers need not worry about Wu’s departure from the series just yet. Neither Wu nor the show’s makers have announced Wu’s exit from the series just yet. Moreover, the actress is yet to publically express a desire to leave the show anytime soon. Wu is credited as a series regular for the entirety of the show’s third season and is expected to appear across all ten episodes. Therefore, viewers should rest assured that they will be seeing more of Cynthy Wu’s Kelly Baldwin in the upcoming episodes of ‘For All Mankind’ season 3.