Is Danielle Panabaker Leaving The Flash? 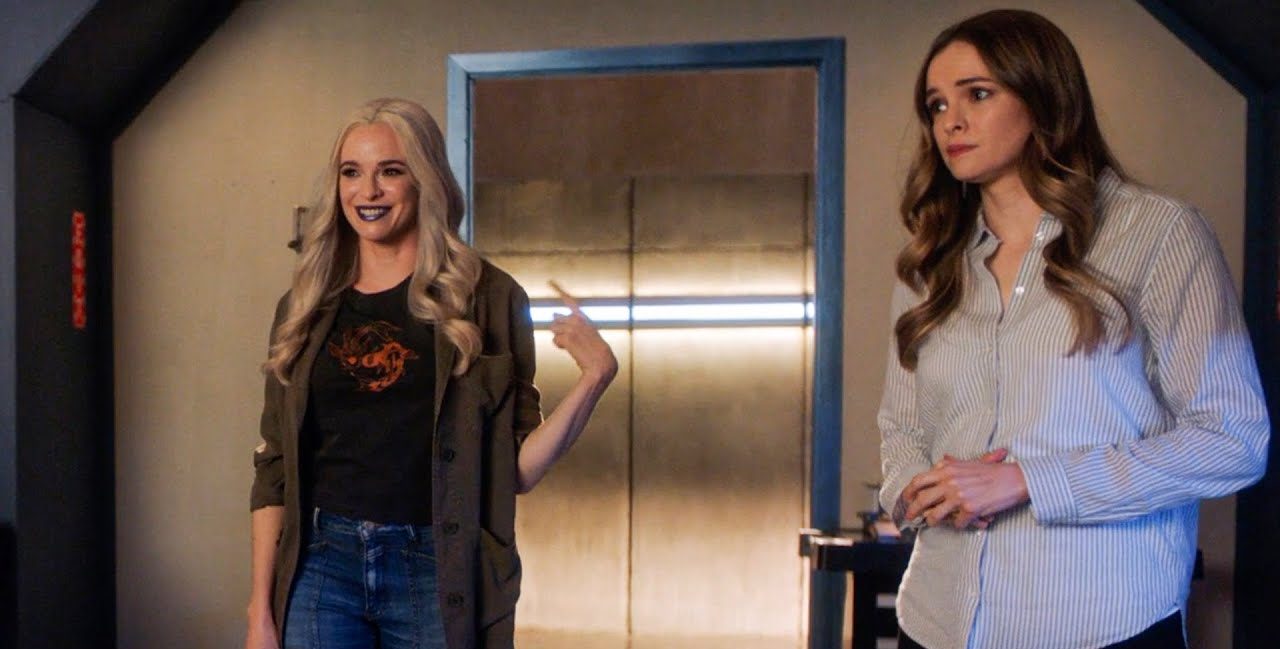 ‘The Flash‘ is a superhero show that follows the adventures of Barry Allen, a CSI who discovers he can run at superhuman speeds after being struck by lightning following an accident with a particle accelerator. He uses his powers to protect his city from evil villains and catastrophic events. Barry is aided by a loyal group of friends in his crimefighting activities. Based on the DC Comics character of the same name, the beloved action series is currently in its seventh season that has already seen some major shakeups.

One of Team Flash’s longtime members and Barry’s closest friends has been Dr. Caitlin Snow (Danielle Panabaker). Her metahuman alter-ego, Killer Frost, has run into some serious legal troubles, and her storyline hints that the actress is set to exit from the series. Is Danielle Panabaker really leaving ‘The Flash?’ Let’s find out!

Is Danielle Panabaker Leaving The Flash?

Danielle Panabaker has been a series regular for all seven seasons of ‘The Flash.’ Introduced in the pilot episode, her character Dr. Caitlin Snow works at STAR Labs with Cisco (Carlos Valdes) and Dr. Harrison Wells (Tom Cavanagh). In the subsequent seasons, she develops cryokinetic abilities and learns of her alter-ego, Killer Frost. It is later revealed that her powers and secondary persona manifested at a young age but were subdued. However, over time, she learns to control her abilities and develops a strong sisterly bond with Killer Frost.

Initially a villainous presence, Killer Frost reforms and becomes an essential member of Team Flash. She begins to use the moniker Frost, dropping the word “Killer” from her name. However, in season 7 episode 7, titled ‘Growing Pains,’ her past crimes catch up with her. Earlier in the season, we learn that when Caitlin and Frost split into two different people after being hit by a bolt of energy from Mirror Monarch’s Mirror gun. Frost voluntarily allows Kramer’s task force to apprehend her as she decides to own up to her past crimes. In episode 8, titled ‘The People V. Killer Frost,’ she is trialed and sentenced to life imprisonment.

The 33-year-old actress gave birth to her first child a little over a year ago, and that is another reason fans have believed that Panabaker might want to leave the series. ‘The Flash’ has seen a drastic change in its character roster in recent years, and new members such as Chester P. Runk and Allegra Garcia have joined Team Flash. Barry and Iris’ relationship has also taken center stage, and the core members of Team Flash: Caitlin, Cisco, and Wells, have taken a back seat. It has already been announced that Carlos Valdes and Tom Cavanagh will be leaving the series at the end of season 7.

Therefore, it seems likely that the last-standing member of the OG Team Flash, Caitlin, and her “sister” Frost could also be written off the show. Considering Frost’s current storyline, that possibility seems even more likely. However, neither Panabaker nor the show’s producers have made any comments that indicate the actress is leaving the series. This means that Killer Frost and Caitlin are both likely to stick around, at least for the near future.

The trio of Barry, Cisco, and Caitlin has been a fan favorite, and it seems fans will get one last storyline about the trio before Valdes’ departure. Panabaker has teased a heartbreaking storyline involving the three close friends in the coming episodes of ‘The Flash’ season 7. Frost is likely to eventually earn her freedom as she is integral to Caitlin’s story. It is unlikely that the series will choose to focus more on Caitlin than Frost going forward since the former character has been explored more. The splitting of Caitlin and Frost into different bodies is sure to give rise to new and compelling conflicts for both characters.

Even though Danielle Panabaker isn’t likely to leave the series anytime soon, it is certainly an end of an era on ‘The Flash’ considering all the recent plot developments and cast departures. However, we are certainly glad that Frost and Caitlin will be sticking around to help Barry and us cope with whatever changes lie ahead. Moreover, the fourteenth episode of ‘The Flash’ season 7 is directed by Panabaker, and the show’s milestone 150th episode is approaching fast, so there’s plenty for the fans to look forward to.

Read More: Where is The Flash Filmed?