Is Django Unchained Based on A True Story?

Quentin Tarantino’s historical revisionist western saga ‘Django Unchained’ presents a provocative look at a dark era in the history of the US. The story follows a beguiling bounty hunter and his African-American companion, who team up to take down white slave-owners, overseers, and racist clans in the bleak and violent antebellum South. Although the movie was received with overwhelming applause from fans and critics upon its late 2012 release, it stirred up some controversies.

Some felt the movie’s repeated use of the n-word highly offensive, and some posited doubt about its historical authenticity. With Hollywood A-listers like Jamie Foxx, Christoph Waltz, and Leonardo DiCaprio on board and told with a menacing directorial lens, the film is a bloody terrific watch by itself. But if the question of the historical authenticity of the story has popped up in your mind, let us investigate further into it.

Is Django Unchained Based on A True Story?

No, ‘Django Unchained’ is not based on a true story. Tarantino is not a documentary filmmaker, and his cinematic vision is predominantly concerned with telling a story. Therefore, whenever he deals with a historical era in cinema, he adds a signature quirk to morph and alter history. Historical revisionism is a concept occupied with re-interpreting traditional historiography, and Tarantino has distorted history time and again in his movies, all for the sake of art. A glimpse at Tarantino’s filmography clarifies that he is not keen on being a history tutor. ‘Django Unchained,’ along with ‘Inglorious Basterds’ and ‘Once Upon A Time In Hollywood’ make the body of Tarantino’s revisionist trilogy.

The revisionist western genre subverts the traditional western trope of good guys fighting criminals or Native Americans in a lawless county. Using morally ambiguous characters as protagonists, these films often distort history and morality to provide poetic justice. Therefore, the blowing up of the plantation, like the explosion at the movie theatre at the end of ‘Inglorious Basterds,’ excites viewers by presenting an alternative (and somewhat optimistic) version of history.

The film’s script was written by Tarantino himself, who took inspiration from Sergio Corbucci’s 1996 film ‘Django.’ Tarantino was writing a book on the Italian director when he realized how the director’s films often dealt with themes like fascism and dystopia. This gave him the idea of making a film that would comment upon pertinent and harrowing episodes from history, but it would be more of a genre installment than an issue movie. He thought of a Spaghetti western set in the antebellum South of the pre-civil war era and christened the genre as “Southern.” Other than ‘Django,’ the film’s name calls to mind the American title of 1959 Italian epic fantasy saga, ‘Hercules Unchained,’ and ‘Angel Unchained,’ a 1970 film about a biker exacting vengeance on a hoard of white Americans.

Several sequences, including the opening title track, were borrowed from the Corbucci film. The original Django, Franco Nero, also played a cameo in the Tarantino film. Coincidentally, the original ‘Django’ was loosely based on another classic of world cinema, namely ‘Yojimbo,’ by Japanese maestro auteur Akira Kurosawa. The Kurosawa film was the source of inspiration for another Western classic, ‘A Fist Full of Dollars,’ by Sergio Leone. These films also had a great impact in shaping Tarantino’s directorial instinct. 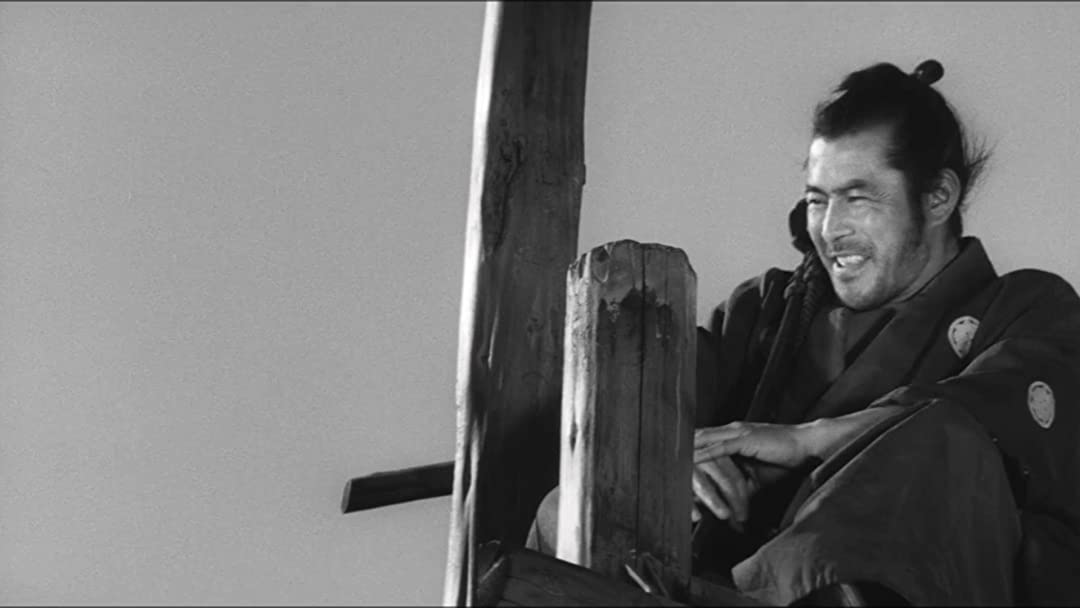 The Corbucci film has been a favorite of Tarantino. In an amusing easter egg, the movie was previously alluded to in a memorable scene in his debut feature ‘Reservoir Dogs.’ Towards the ending, the menacing Mr. Blonde cuts off inspector Nash’s right ear before pouring some gasoline on him. Although under different contexts, there is quite a similar spectacle in ‘Django,’ where Hugo and his revolutionaries cut off the ear of Brother Jonathan’s right ear before shooting him in the back. This is just one of the many hypertextual references that bind the Tarantinoverse together.

But let us not veer off too far from the scope of the topic. Additionally, a few other films inspired Tarantino in shaping the story of ‘Django Unchained.’ In one segment in the film, Django travels with Dr. Schultz to a snow-capped terrain on their way to Tennessee. Tarantino wrote the scenes as a tribute to another Corbucci film ‘The Great Silence.’

The gladiator-like sequence in the household of formidable businessman Calvin J. Candie may not be historically viable, but it reflects upon the overall depravity of the slave-trading south. Tarantino got the idea of the sequence from the 1975 blaxploitation film ‘Mandingo,’ which highlights the practice of pinning slaves against each other.

In deciding the wardrobe for the characters, costume designer Sharen Davis gleefully blended archaic and modern clothing. The costumes were inspired by a plethora of Spaghetti Western films and other cultural artifacts. The director relied on the Western television show ‘Bonanza’ to design costumes for the film, especially the hat worn by a character named Little Joe. From J. Lee Thompson’s 1977 western ‘The White Buffalo,’ Charles Bronson’s character gave Django his sunglasses. The dandy valet costume that Dr. Schultz prepares for Django was actually modeled upon the 1770 painting ‘The Blue Boy’ by English artist Thomas Gainsborough. Many other productions like ‘Kojak’ and ‘Gone With The Wind’ inspired costume design as well. 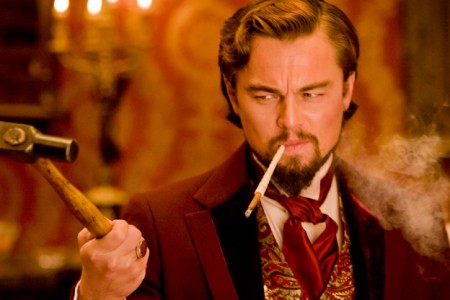 Except for Django, most of the African Americans we see in the movie walk on foot. But one would be astonished to know that slaves on horseback were far more common in the era than popularly thought. As they often served the role of jockeys, African Americans riding horses were not exactly rare in the pre-civil war US. Moreover, according to critic Alex Ross, the unlikely duo is not too detached from history. Numerous German progressives defected to the US and got involved in the anti-slavery movement in the 1840s.

However, the ironically amusing baghead shootout sequence, presumably depicting a ritualistic meet of Klu Klux Klan members, does not sit well in history. Here, they seem to be operative from the pre-civil war era, but the Klan did not exist until the Civil War. But the director maintained that the group of masked rednecks depicted in the scene are actually “the Regulators,” a similar cult which the director claimed to be a spiritual precursor of the KKK. Coincidentally, the scene also alludes to a scene in the previous ‘Django,’ only the red face covers have been replaced by white ones in the Tarantino film. So, while the film is not occupied with historical accuracies, it amply subverts history to deliver a highly satisfactory cinematic experience.