Is Easter Sunday Based on a True Story? 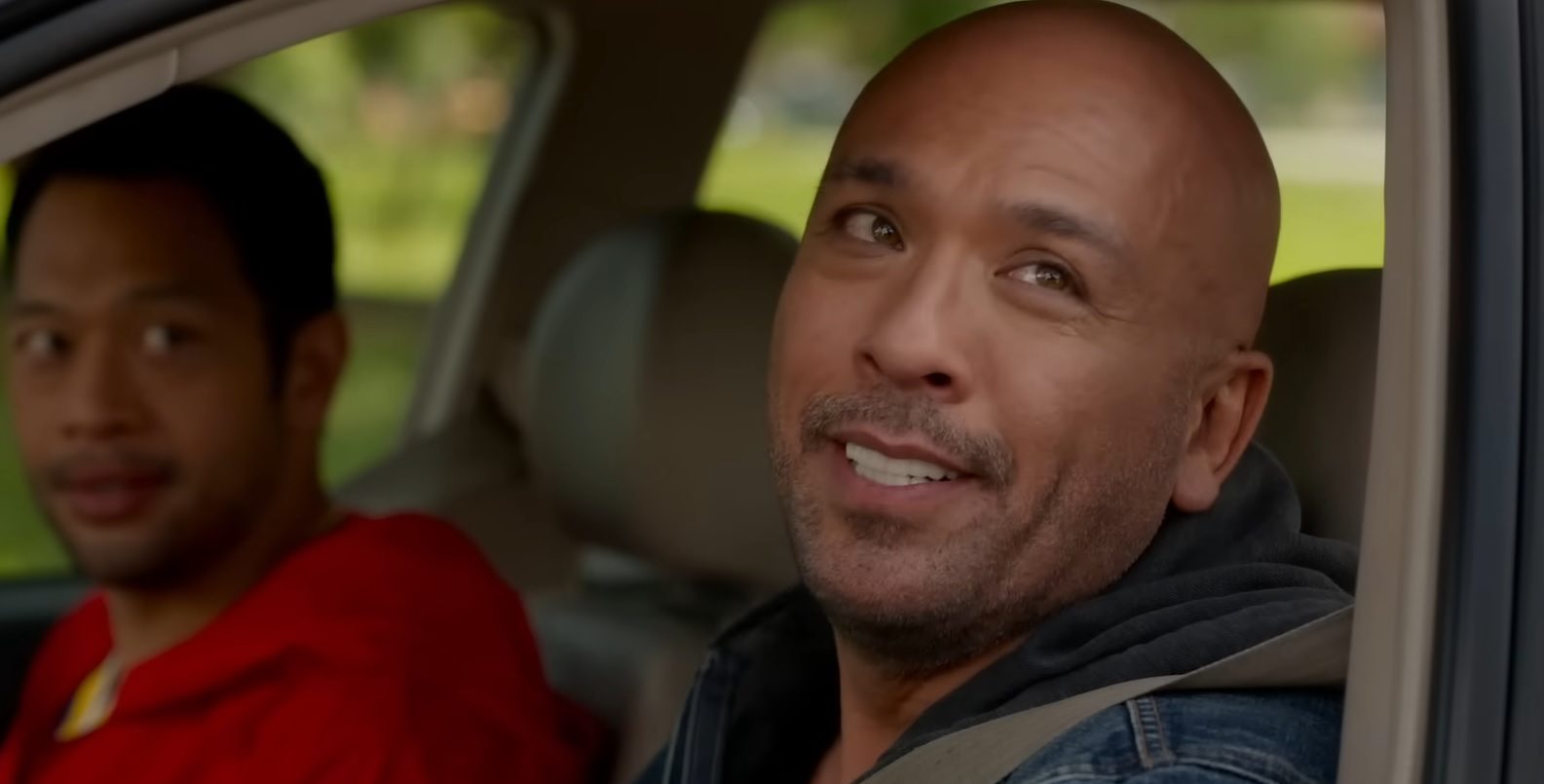 Helmed by Jay Chandrasekhar, ‘Easter Sunday’ is a comedy film that follows a man named Joseph “Joe” Valencia. As a struggling comedian and actor, his life is far from a perfect picture. Needless to say, Joe is not looking forward to attending the Easter Sunday gathering with his adopted son, Junior Valencia. While there, the chaotic and dysfunctional dynamic of his extended Filipino American family leads to several hilarious situations.

With actors like Jo Koy, Jimmy O. Yang, Tia Carrere, and Lydia Gaston, the movie weaves a highly relatable story that truly captivates the viewers. As the events within the movie unfold, the situation seems to get even more bizarre and yet even more familiar. The multitude of realistic elements within the narrative compelled several fans to wonder just how close ‘Easter Sunday’ is to real life. Is the story inspired by actual events or simply a fictional tale of family drama? Well, get ready to explore the possibilities with us.

Is Easter Sunday a True Story?

No, ‘Easter Sunday’ is not based on a true story. However, the events within the movie are inspired by comedian Jo Koy’s life; several elements have either been picked from his life or his 2019 comedy special ‘Comin’ in Hot.’ Centered around the Filipino culture in America, the Jay Chandrasekhar directorial brings the community’s culture in an unprecedented way to the big screen. Talented writers Kate Angelo and Ken Cheng helped pen the movie’s story and screenplay. 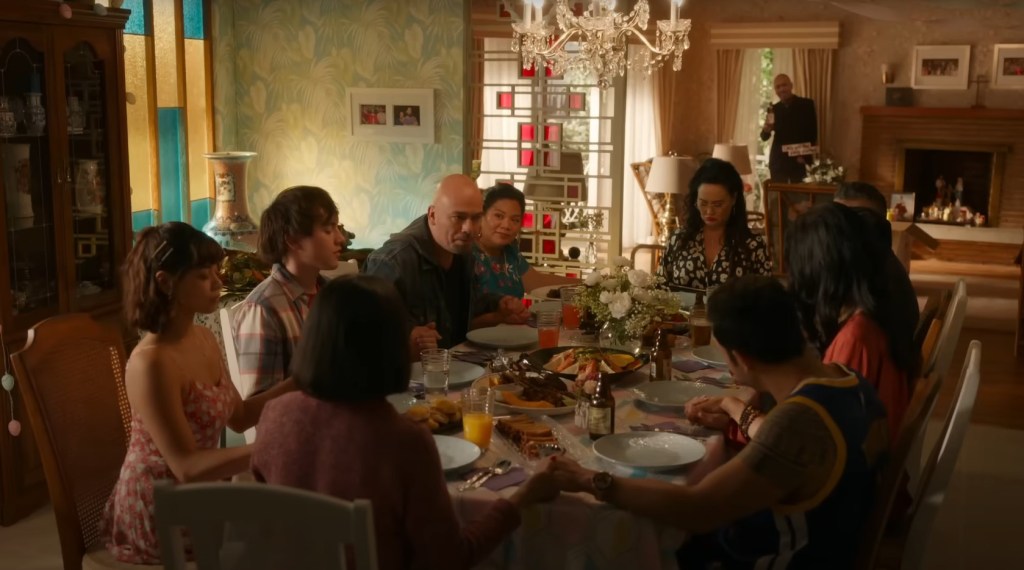 The journey to the big screen was in no way easy for ‘Easter Sunday,’ and Jo’s efforts to bring Filipino representation into mainstream media played a monumental role in the process. A few years ago, he found himself in an unexpected dilemma- his comedy sets seemed to resonate with the general populace, and his shows never lacked for an audience. However, most networks allegedly did not think his specials would be a good bargain.

In fact, Jo’s 2017 Netflix special ‘Live From Seattle’ almost did not feature on the platform, as apparently, the streaming giant did not offer the comedian a special. When he decided to shoot it on his own dime, Netflix called his manager to convey that they would not host it. Frustrated with the rejection and determined to have the Filipinos heard, Jo apparently went ahead and shot the set and pitched it to Netflix, who ended up presenting it to their subscribers.

This event inevitably led to the making of ‘Easter Sunday,’ as Amblin Partners, Steven Spielberg‘s entertainment company, asked Jo to star in what would become the first-ever Hollywood film with an all-Filipino cast. “I’m glad I did that because that’s how I got ‘Comin’ in Hot’ (2019), and [Steven] Spielberg saw it. He said, “Oh my god, this is hilarious, let’s do something with it.” But it’s so frustrating that in 2022, we’re still trying to sell ourselves,” Jo shared with Variety. 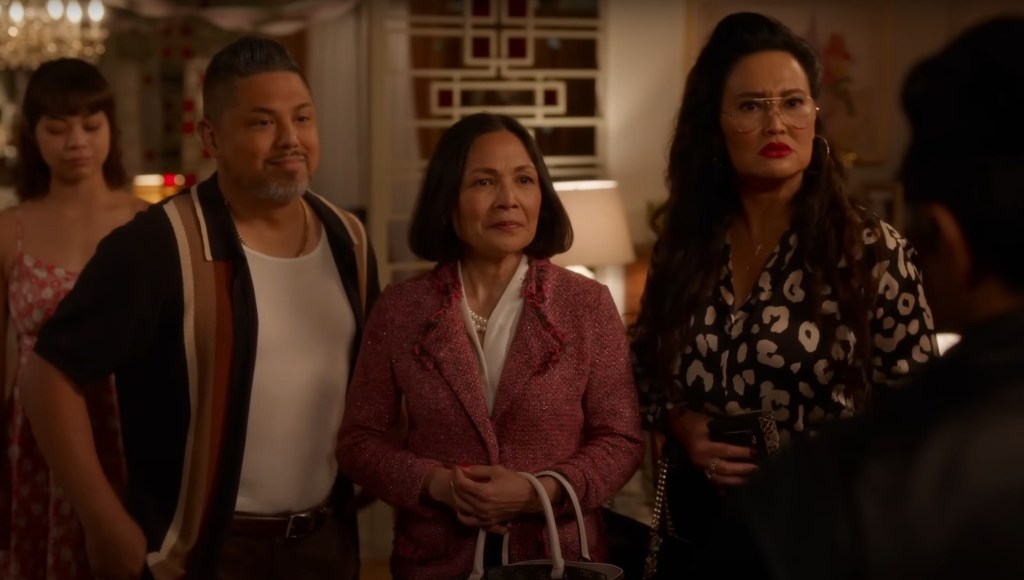 When it came to the movie’s casting, there were a few names like Tia Carrere and Lydia Gaston that Jo could not be happier with. “I wanted Tia in this movie so bad. That’s one thing I told the producers: Tia and Lou Diamond Phillips paved the road for us. They kicked down these doors when they were dealing with racism,” the comedian elaborated.

As for how closely the movie mirrors reality, it seems Jo’s real-life mother might be just as enthused about his career as his on-screen mother. When asked if his mother was happy with his career choices, Jo replied, “They’re never happy. Are they ever happy? Art imitates life. I can’t do anything right in this movie to save my life. Here I am taking care of my family, and then I hear, “God, if you just went to college, Joseph.””

Even though the story of ‘Easter Sunday’ is not exactly true to life, several instances and elements in the Jo Koy-starter can be traced to reality. The chaotic yet heartwarming dynamics between the family members and the different expectations from being part of a Filipino family paint a picture of the community that seems to mirror real life. Despite its hilarious nature, the movie indeed does a remarkable job of bringing alive the untold stories of one of the underrepresented communities of the country.