Is Father of the Bride Based on a True Story? 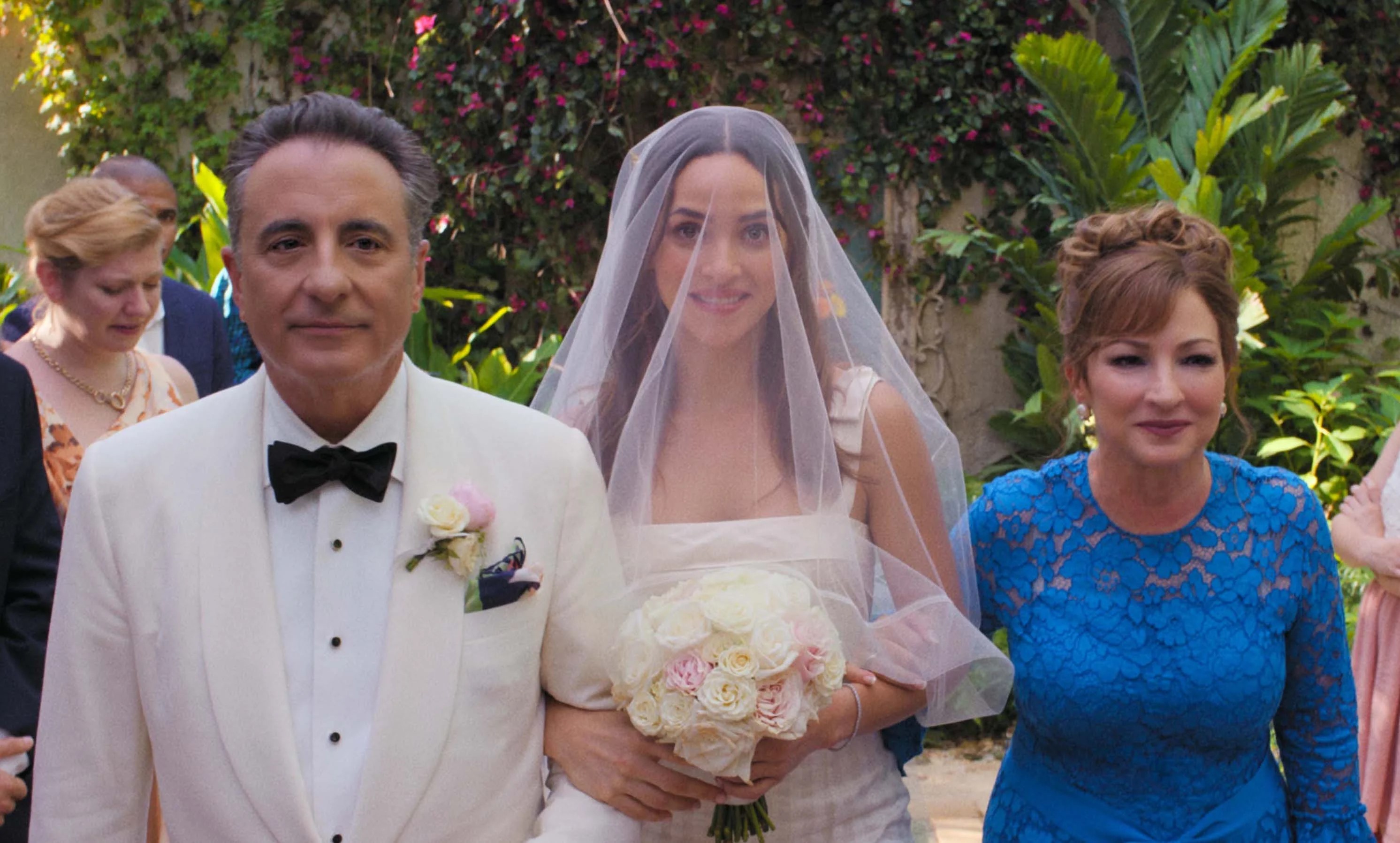 Directed by Gaz Alazraki, ‘Father of the Bride’ is a rom-com movie that follows Billy Herrera (Andy Garcia), a father whose daughter, Sofia Herrera (Adria Arjona), is soon to be married to her Mexican fiancé Adan Castillo (Diego Boneta). Though he is not happy with the situation, Billy tries to be supportive as he comes to terms with the fact that his daughter is growing up and won’t be his little girl forever. However, as the wedding preparations begin, his antics escalate into a chaotic journey, and his marital troubles with his wife, Ingrid (Gloria Estefan), worsen the situation.

The film is an addition to the ‘Father of the Bride’ franchise and explores the dynamics of a Cuban-American family. Although there have been several iterations of the story over the years, the movie is still a favorite amongst the fans of rom-coms. The narrative is hilarious, with several elements that viewers cannot help but relate to through one character or the other. Naturally, many must be curious to know if there is any truth behind ‘Father of the Bride.’ Well, here’s what we know about the same!

Is Father of the Bride a True Story?

No, ‘Father of the Bride’ is not based on a true story. The movie is an adaptation of Edward Streeter’s 1949 eponymous novel that pokes fun at the idea of how fathers feel regarding their daughter’s growth and marriage. The book was first adapted into a similarly titled movie, released in 1950, starring Spencer Tracy, Joan Bennett, and Elizabeth Taylor. The film had a sequel titled ‘Father’s Little Dividend’ in 1951, which follows the characters through a pregnancy journey. The original movie stays true to most elements from the book and depicts society’s mindset at the time. 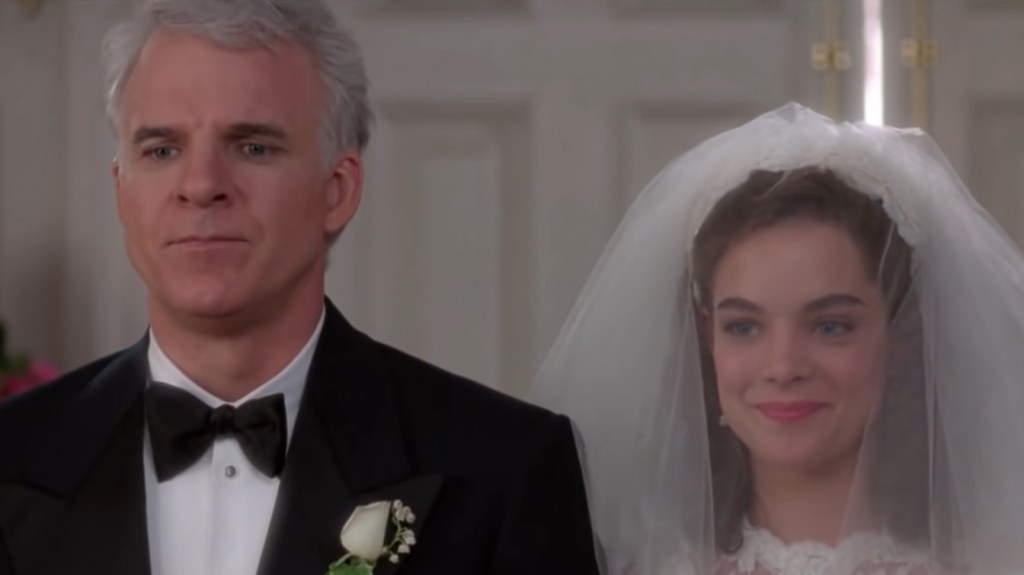 The Spencer Tracy-starrer was remade in 1991 under the same name with Steve Martin, Diane Keaton, and Kimberly Williams as the cast. The 1991 iteration was also continued for a sequel titled ‘Father of the Bride Part II’ in 1995. ‘Father of the Bride Part 3(ish)’ followed up on the 1995 movie as a mini-sequel that served as a reunion for the cast of the previous two films. The Steve Martin-starrer, too, is based on the same book as its previous version, but several elements were changed to keep in touch with the contemporary audience.

HBO Max’s ‘Father of the Bride’ brings more story arcs to the table than its predecessors. While the previous iterations focus on a father’s turmoil upon realizing that his daughter is growing up, the Andy Garcia starrer introduces Billy’s troubled marriage with Ingrid. “It’s sliding downhill and is on a slippery slope, not because they don’t love each other. We’ve kind of grown into different spaces, and we take our marriage for granted at this point,” Gloria Estefan shared with Entertainment Weekly regarding her character, Ingrid.

The actress added, “She’s pushing a button — that D-word with divorce. She’s trying to push him to wake up because a year of therapy certainly hadn’t woken him up. But that decision is a tough one for a Latina to make.” Another prominent element within the Gary Alazraki directorial is the representation of diverse Latin communities. Sofia’s family is Cuban-American and has strong opinions regarding her choice of partner, since Adan is Mexican. The cultural clash brings out the similarities and differences between the two Latin cultures, which is not always showcased in Hollywood movies. 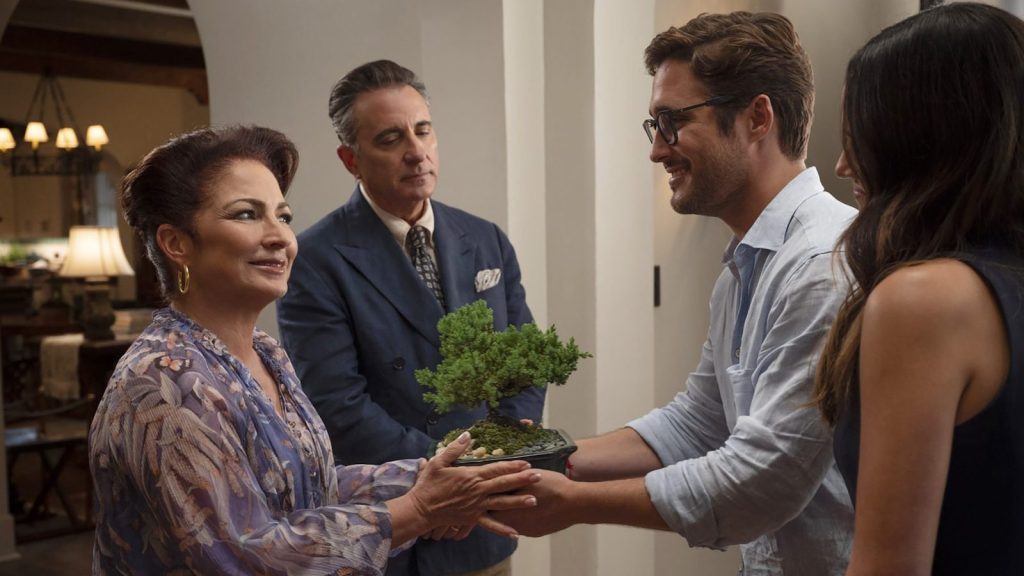 “I think it’s very important to show that even though we speak Spanish, there are a lot of different cultures and, in the Latinx community, and I think that’s also really special,” Diego Boneta explained to Hola! “There’s an obligation to do it right, represent it without stereotypes, in a way that, although it’s culturally specific, its themes are universal,” Gloria Estefan further commented. “The fact that we’re two Latin cultures blending in that movie — to Anglos that might seem weird because they might pile us all into one lump when we have these subtle differences.”

Though the three movies are based on a satirical novel, their underlying dilemma is relatable to many. It helps that the filmmakers have incorporated several elements according to the changes in society to form a better connection with the viewers. So, it’s not surprising that some parts of HBO Max’s ‘Father of the Bride’ seem too true to be fictional as they represent real-life situations, albeit in an exaggerated manner to enhance the comedic aspect of the narrative.