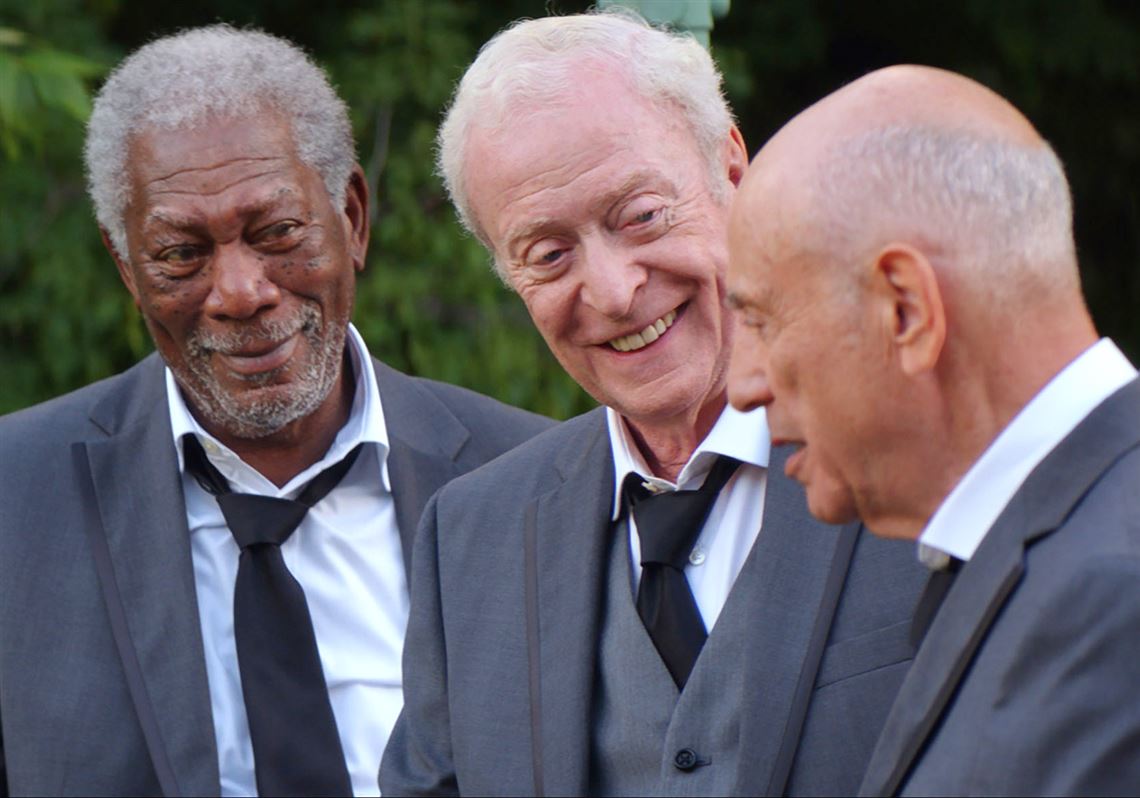 ‘Scrubs’ famed actor Zach Braff is also a director who knows how to tell a story, as is apparent from the 2017 heist movie ‘Going In Style.’ Moreover, with legendary actors Morgan Freeman, Michael Caine, Alan Arkin, and Christopher Lloyd leading the cast ensemble, the movie proves to be endearing and highly potent in comedy. A trio of retirees finds themselves cornered in their lives when their pensions are abruptly canceled. However, because they still have families to look after, the trio attempts to pull off a daring heist.

Old is undoubtedly golden in the sprawling action-comedy, as it conceals themes of family and gerontology behind the hysterical and presentable garb. Following its summer 2017 premiere, the movie garnered a good response from the fans but mixed reception from the critics, who were keen to point out how the film does not veer too far from the box. However, you may wonder whether the movie is based on a real-life account of deprived pensioners reclaiming what is rightfully theirs. In that case, let us investigate the story’s credibility.

Is Going in Style Based on A True Story?

No, ‘Going in Style’ is not based on a true story. Zach Braff directed the movie from a screenplay penned by Theodore Melfi, who took the story from Martin Brest’s 1979 movie of the same name. Edward Cannon wrote the original story. We have seen quite a few remakes of classic titles in the 21st century, which only proves the importance of classics in popular culture and imagination. On October 12, 2012, New Line Cinema and Warner Brothers divulged that they were optioning the 1979 caper comedy for a remake. Tony Bill, the original movie’s co-producer, also served as an executive producer in the remake.

However, the movie updates the plot of the previous film for a happier conclusion. Melfi insisted on updating the original story since the lead characters either die or end up in jail in the finality of the 1979 movie. It is by no means a happy ending, and Melfi reasoned that he would not want to see a film with a tragic end after two hours of viewers rooting for the heroes. He tried to make the heroes pull off a perfect heist and drive away with the money into the sunset, and the producers agreed with him. That was how the story of the 2017 movie was born.

The speech Joe gives after the kidney transplant of Willie and Al almost reads like a funeral speech, although it is later revealed to be a wedding speech. This scene was written in a nod to the previous movie, where the characters of Willie and Al die of old age shortly after the robbery. Melfi’s script packed an extravagant and adrenaline-filled punch, and Zach affirmed that the veteran cast ensemble came onboard after enjoying the screenplay.

Sir Michael Caine would later say that this was one of the happiest movies in his extensive acting career. Filming took place during the summer holidays, and the star was thus able to double the schedule as a family holiday. He brought his family along, found lodging near the set, and enjoyed the holidays with his family.

Coming back to the realism aspect, the veteran actors performed most of the stunts themselves, and the stuntmen did not have to do much. According to the director, the actors were only too happy to serve the action because they had an inevitable adrenaline rush. Moreover, Joey King spent weeks with an actual softball coach to nail her softball scenes.

The heist vehicle also comes off as quite realistic. The production design team considered several vehicles for their rendition, including the Mystery Machine of ‘Scooby-Doo.’ The fictional bank, named the Williamsburg Savings Bank (WSB), maybe a little less fictional than you think. A bank of the name indeed existed until HSBC Bank took over the operations. The scenes were also filmed at the old WSB office in the Brooklyn district.

In the robbery, Joe, Al, and Willie conceal their identities by wearing masks of Frank Sinatra, Dean Martin, and Sammy Davis, Jr., respectively. Collectively known as the “Rat Pack,” the iconic trio starred in the original ‘Ocean’s 11.’ Another heist movie referred to in the film is Sidney Lumet’s ‘Dog Day Afternoon,’ a classic in the genre. Considering all the aspects, the movie is quite aware of its predecessors, and even though it is not that realistic, it delivers quite a hearty laugh.