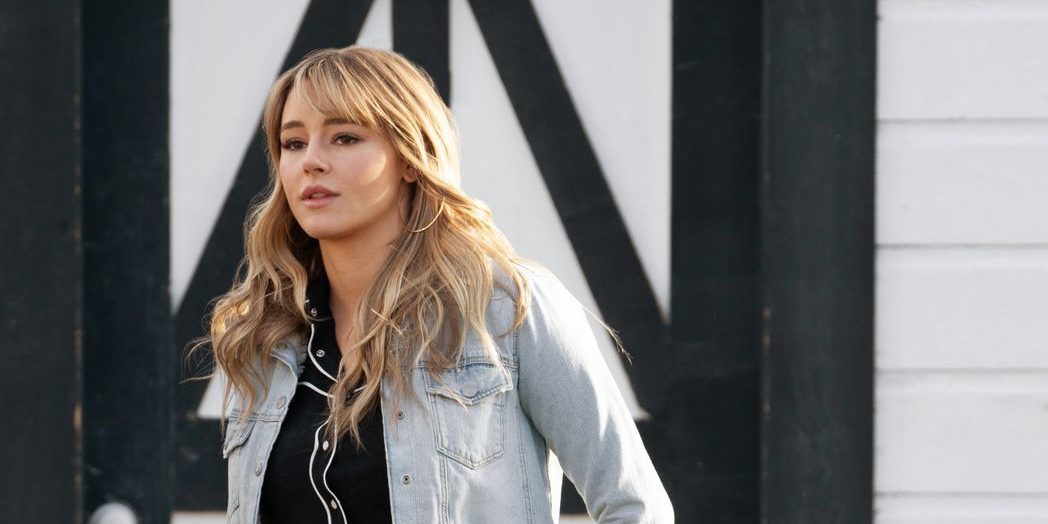 In the fourth season of ‘Yellowstone,’ harmony and camaraderie at the bunkhouse are disrupted. As is often the case with the conflict between men, the reason is a woman. Walker and Lloyd feud on the show and their feelings for Laramie are to be blamed. The situation gets out of hand, and John makes a tough call to bring it under control.

The consequences of John’s decisions mean that Laramie (Hassie Harrison) is forced to leave the ranch. However, with the fifth season taking viewers back to the Yellowstone Dutton Ranch, they must be hopeful of seeing Laramie return. If you are wondering whether Laramie will appear in season 5 or actress Hassie Harrison has exited ‘Yellowstone,’ here is everything you need to know! SPOILERS AHEAD!

What Happens to Laramie in Yellowstone?

In the third season, Laramie and Lloyd are somewhat of an item, much to the surprise of everyone at the ranch. However, things quickly change after Walker’s return, and in the season 3 finale, we see Laramie waking up in Walker’s bed. In season 4, seeing Walker and Laramie together breaks Lloyd’s heart, and he harbors hatred toward the cowboy singer.

Lloyd and Walker come to blows with each other in the fourth episode until Rip intervenes. The situation gets out of hand in the sixth episode as Lloyd harms Walker with a knife that cuts close to Walker’s heart. Although Walker survives, John grows concerned about the morale at the bunkhouse and decides it is best if the girls move out. Thus, Rip asks Laramie to leave the bunkhouse. Her final appearance is in the season 4 finale, titled ‘Grass on the Streets and Weeds on the Rooftops.’ Laramie does not appear in the first few episodes of season 5.

Seeing how Laramie is the center of the conflict between Lloyd and Walker, it is almost certain that she will be leaving the Yellowstone Ranch, at least for a while. Laramie is primarily a barrel racer and mostly travels around doing rodeo shows with her friend, Mia. With Mia leaving the ranch and Laramie out of options, she will likely join Mia as they search for work elsewhere. Actress Hassie Harrison who essays the role of Laramie is credited as a recurring cast member for the show’s third and fourth seasons.

Harrison’s commitment to ‘Tacoma FD’ likely coincided with the shooting for ‘Yellowstone’ season 5. Nonetheless, the actress does reprise her role in the third episode of season 5. Laramie briefly returns to the bunkhouse and spends time with her boyfriend, Walker. Moreover, Laramie also joins the Yellowstone Ranch family in Lloyd’s birthday celebration. Hence, it is clear that we haven’t seen the last of Hassie Harrison’s Laramie on ‘Yellowstone.’

Read More: Does Lloyd Die in Yellowstone? Is He Leaving the Show?