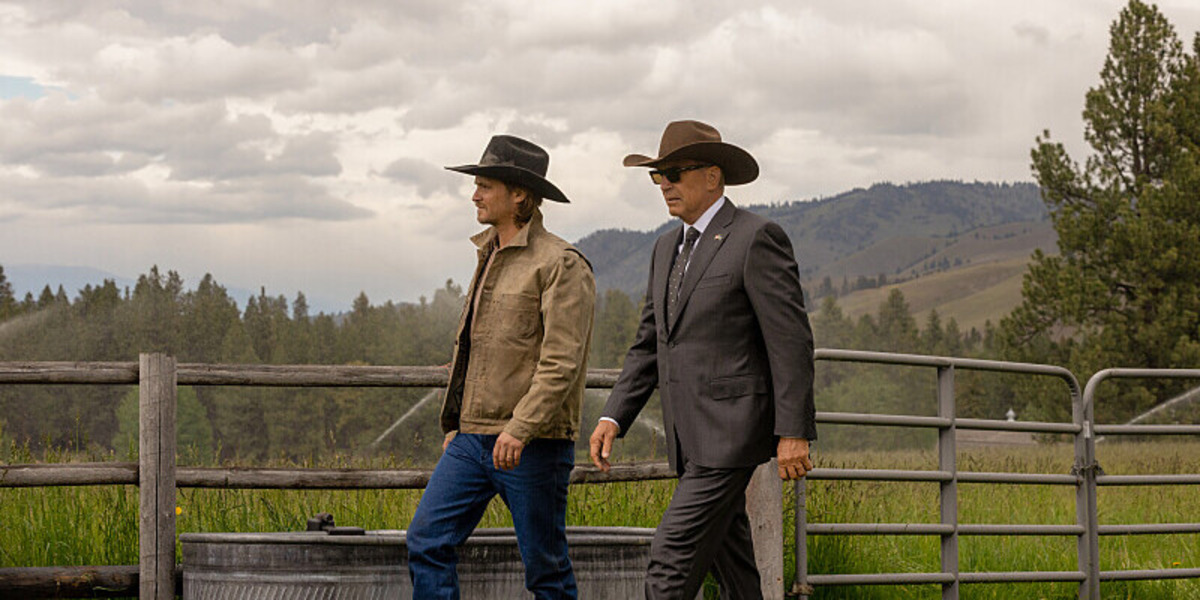 Paramount Network’s ‘Yellowstone‘ season 5 builds on the momentum of the two-episode premiere event by escalating the war between the Duttons and Market Equities. The third episode, titled ‘Tall Drink of Water,’ sees Jamie holding legal actions from Market Equities after John cut the funding for the corporation’s airport project.

Meanwhile, Beth deals a lethal blow to Market Equities and Caroline Warner with clever manipulation. Kayce returns to the ranch to discuss his future with John while the bunkhouse visits the town for a little celebration. If you wish to catch up on the episode’s enthralling events and set up of future conflicts, here is everything you need to know about the ending of ‘Yellowstone’ season 5 episode 3! SPOILERS AHEAD!

The third episode, titled ‘Tall Drink of Water,’ opens with a flashback focusing on Young John Dutton (Josh Lucas), who patrols his pastures with Rip, Lloyd, and Rowdy. During the round, Rip discovers dead cattle and suspects wolves from Yellowstone National Park killed them from Yellowstone National Park. Later, we learn that there are increased wolf sightings in Bozeman, Montana, causing outrage among the ranchers. Moreover, the Governor of Montana is incapable of adequately dealing with the situation. 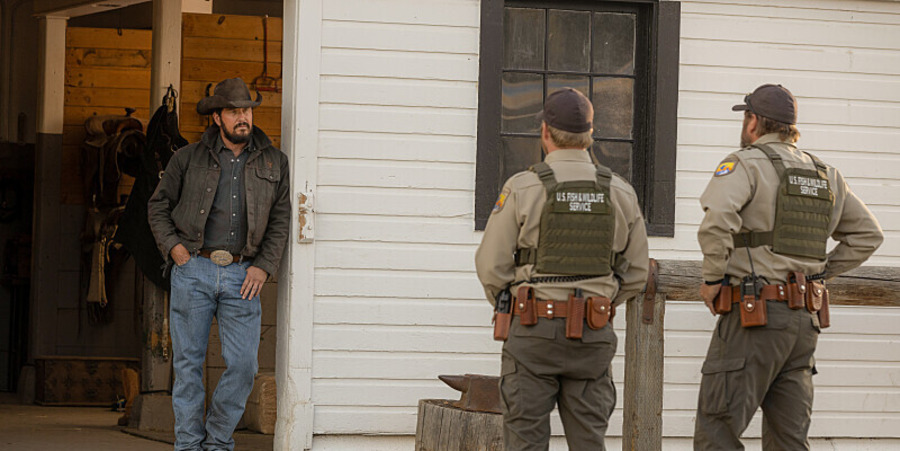 In the present timeline, Beth is preparing for a meeting in Utah. She briefly speaks with John (Kevin Costner), who is reminiscing about his deceased wife. However, Beth encourages John to move on and find someone to share his life with. In the bunkhouse, the ranch hands prepare to celebrate Lloyd’s birthday. However, the celebration is interrupted by the arrival of National Park Rangers, who are searching for the missing wolves Ryan and Colby accidentally killed. Rip guides them along the ranch but warns them not to cross the river. Hence, the Rangers retreat for the time being.

At the Broken Rock Reservation, Chief Rainwater and Mo counsel Kacey and Monica about the loss of their son. Kayce reiterates Monica’s desire to bury their son on the Yellowstone Dutton Ranch. However, Mo suggests that they should find a horse to be buried along with the baby as per the Native American rituals. Sarah Atwood and Ellis Steele visit Jamie Dutton and serve a legal notice to the Governor’s Office about the funding of their airport construction. However, Jamie states that their request for rezoning has been declined to make their appeal invalid. Nonetheless, Sarah invites Jamie to dinner in hopes of during the adopted Dutton to her side.

In Utah, Beth meets with Robert Baldus, a board member of person International, the biggest competitor of Market Equities. Beth offers to sell her controlling stake in Schwartz and Meyer on the condition that she gets to keep the firm’s real estate. After some deliberation, Robert agrees to the offer as Beth convinces him of the deal’s financial benefits. Consequently, Beth places the land in nature conservation, making it unusable to Market Equities. Moreover, the move proves to be a checkmate, forcing the company to drop its litigation against John. Thus, Caroline is recalled to New York after her stint turns out to be a catastrophic failure.

Meanwhile, Kayce returns to the ranch and seeks John’s permission to bury his son. He explains that his family’s well-being is his top priority now. Therefore, he resigns as the Livestock Commissioner of Bozeman. However, he is unsure about the path he should take next. Nonetheless, John tries to be supportive of Kayce’s decision. Beth returns to the ranch in time to celebrate Lloyd’s birthday. She takes the bunkhouse gang to town for a few drinks at a bar. However, Rip is reluctant to the idea as it always leads to bar fights.

The episode’s final act sees Beth leading the bunkhouse gang to a local bar. The group arrives to celebrate Lloyd’s birthday and quickly mixes into the crowd. Ryan is reunited with Abby, who is performing at the bar. Beth and Rip find some quality time with each other after their hectic work schedules. Teeter, Colby, Walker, and Laramie also hit the dance floor, enjoying the night that calls for a grand celebration. However, an unexpected change of events throws a wrench in the festivities. 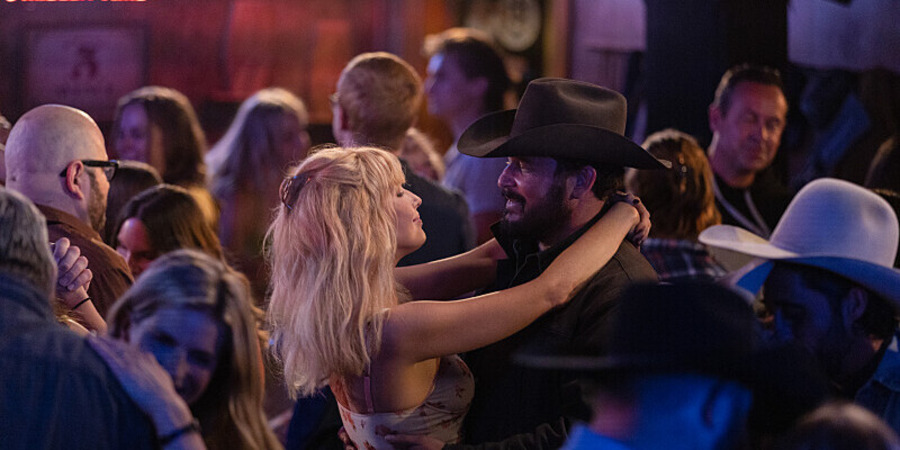 Rip is approached by a woman, Hailey, who is new in town. She hits on Rip and tries to hook up with them despite them both being married. Rip tries to turn Hailey down, but she persists. Beth is enraged at the woman’s audacity and attempt to woo her husband. As a result, Beth brutally attacks Hailey with a bottle. The move starts an all-out fight at the bar, and everyone is forced to throw punches. In the end, the police arrive and stop the ruckus unfolding at the bar.

Later, the police withhold all the bar patrons. However, Beth attacks the woman again, forcing the Sheriff’s Deputy to handcuff her. Rip tries to reason with the deputy and also threatens him with the consequences of arresting the Governor’s daughter. Nonetheless, the deputy goes forward with the arrest. Meanwhile, Sheriff Ramsey arrives on the scene. He examines the situation and allows everyone but Beth to leave. Hailey decides to press charges against Beth, forcing Ramsey to take Beth into custody.

The episode ends with Rip helplessly watching as the police drive Beth to the station. Given Sheriff Ramsey’s by-the-books approach and general dislike for corruption and the Duttons, he is unlikely to let Beth off the hook. Hence, it will be interesting to see what legal hoops the Duttons will have to jump to free Beth. However, Beth’s arrest does sour the taste of her victory against Market Equities earlier in the episode.