Is Jamie Dutton on Garrett’s Side in Yellowstone? Will He Betray His Father John? 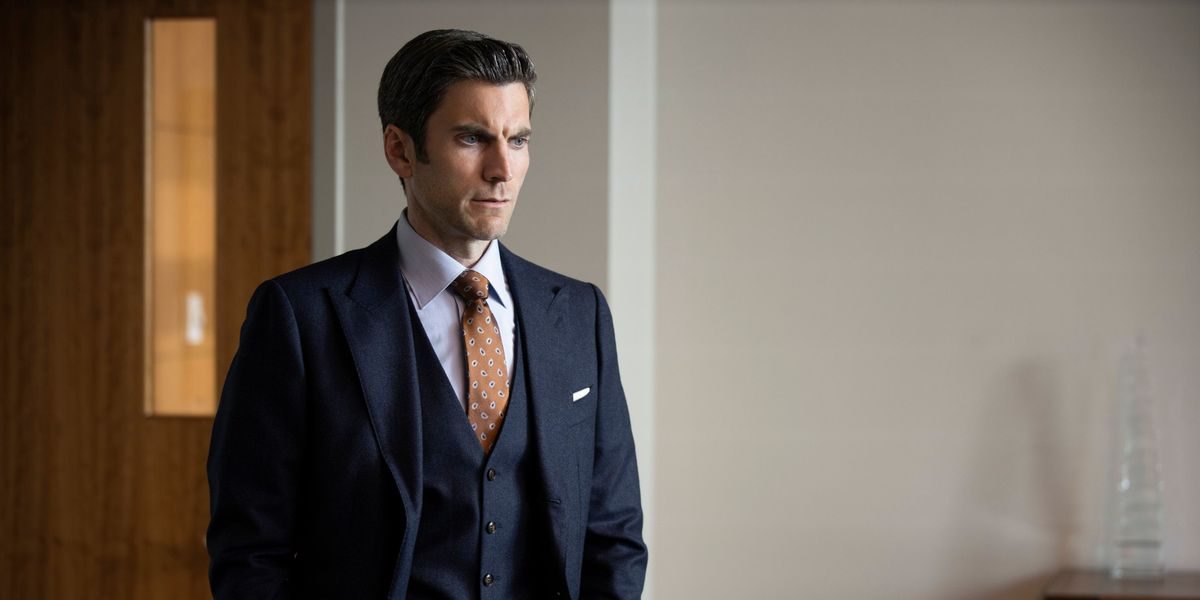 In ‘Yellowstone‘ season 4, a new conflict is set to engulf the lives of the Dutton family members. The sixth episode of the season makes it evident that allegiances are shifting, and John is going to have a hard time dealing with the newest threat to his dynasty. The episode treats viewers to the impending confrontation between Jamie and his biological father, Garrett Randall. If you watched the sixth episode, you must be wondering about its possible implications on the lives of Jamie and Garrett. In that case, here’s our attempt at dissecting that tough conversation and analyzing what it could mean for Jamie’s future! SPOILERS AHEAD!

Is Jamie on Garrett’s Side in Yellowstone?

In the third episode of ‘Yellowstone’ season 4, John learns that a man named Riggins helped in executing the hit on the Duttons. In the following episode, Kayce asks Jamie to look into Riggins’ jail record on John’s behalf. Jamie agrees to do so and holds an interview with Riggins in the fifth episode. Jamie learns that Riggins was cellmates with Garrett during his father’s jail days. During the interview, Jamie grants Riggins complete immunity, and he agrees that Garrett ordered the hit on the Duttons.

Jamie arrives at his newly purchased ranch to confront Garrett. However, he is surprised to meet Christina and his baby there. For the time being, Jamie decides against facing Garrett. However, in the sixth episode, Jamie holds Garrett at gunpoint and demands an explanation for his actions. Garrett explains that John merely used Jamie and never treated him like a son. Therefore, he decided to finish off Jamie’s fake family so that his son would get everything that is rightfully his. Garrett’s claim that his actions stem from his love for Jamie touch the adopted Dutton’s heart and the father and son embrace. The emotional impact of the scene all but confirms that Jamie is on Garrett’s side.

As things stand, Jamie seems convinced that Garrett is acting in his best interests. It is understandable as Garrett took the time to understand everything that John failed to provide Jamie and is using that to his advantage. Garrett has completely manipulated his son into siding with him, and it remains to be seen just how far Jamie will go to protect his birth father.

Jamie is yet to reveal any of his findings to John as his adopted father had requested. It is likely that Jamie will try to cover Garrett’s tracks and will hide his involvement in the attacks from John. Some might consider such actions as a betrayal in themselves. However, Garrett’s intent to kill the Duttons is pretty clear. Therefore, it won’t be surprising if he forces Jamie to pick up weapons against his adopted family. Sooner or later, John is bound to find out about Garrett’s hand in the attacks, and when that happens, Jamie will have to go against John.

Whether or not Jamie can bring himself to kill his adopted father to save his birth father will be the height of tension in the conflict between John and Garrett. Only time will tell if Jamie will betray John by personally acting against the Dutton patriarch. For now, Jamie’s focus is likely to remain on protecting Garrett despite his heinous actions, and that will be easily considered Jamie’s first act of betrayal towards John.