Is Kevin Davis Based on a Real Person? Where is He Now?

Developed for the screen by George Pelecanos and David Simon, ‘We Own This City‘ is a crime drama series based on Justin Fenton’s 2021 eponymous nonfiction book. The series details the corruption within the Baltimore Police Department’s Gun Trace Task Force as FBI Agent Erika Jensen investigates the squad’s officers.

Meanwhile, Baltimore Police Commissioner Kevin Davis faces issues in keeping a tab on the activities of his force, lowering the city’s crime rate, and managing cases of police brutality. Given the character’s role in the narrative, it is natural for viewers to wonder whether Kevin Davis is based on a real person. If you are curious about the same, allow us to provide the answers! SPOILERS AHEAD!

Is Kevin Davis Based on a Real Person?

Kevin Davis is introduced in the series premiere episode of ‘We Own This City,’ titled ‘Part One.’ He is the Chief of the Baltimore Police Department, and the Gun Trace Task Force falls under his purview. He shares a difficult relationship with the plainclothes officers of his department and seeks to reduce the skyrocketing crime records in the city. In the series, actor Delaney Williams essays the role of Kevin Davis. Williams is known for his performance as Jay Landsman in David Simon’s crime drama series ‘The Wire.’ 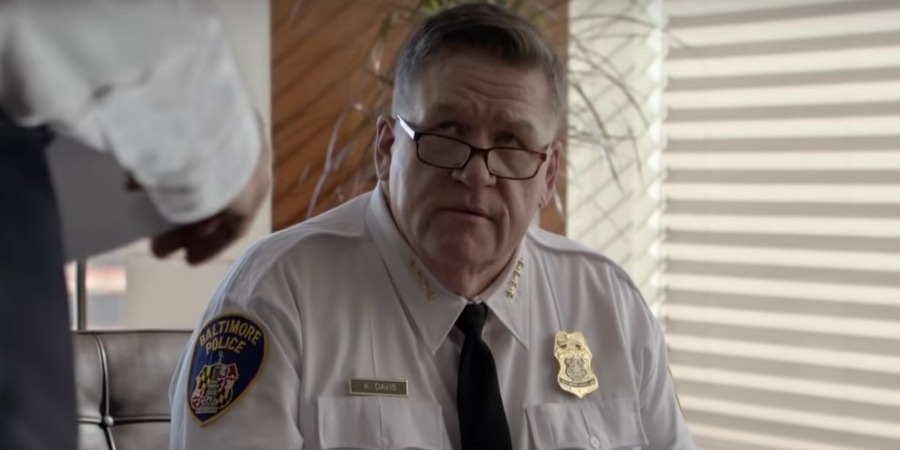 Williams’ character in ‘We Own This City’ is based on a real person named Kevin Davis. He was born and raised in College Park, Maryland, and comes from a family of policemen serving in the state. Davis attended the DeMatha Catholic High School before pursuing a Bachelor’s degree in English from Towson University. Davis studied at Johns Hopkins University in Baltimore and earned a Master’s Degree in Management.

Where is Kevin Davis Now?

Davis served as the BPD Police Commissioner for almost three years before he was removed from the position in January 2018 by Mayor Catherine Pugh. Deputy Commissioner Darryl D. De Sousa was appointed as Davis’ replacement. In April 2021, nearly three years after leaving the BPD, Davis was appointed as Fairfax County Police Chief. He likely continues to serve in the position till the present.

Read More: Is Scott Kilpatrick Based on a Real Person? Where is He Now?