Is King Richard Based on a True Story?

‘King Richard’ is a sports drama film directed by Reinaldo Marcus Green (‘Joe Bell‘) that tells the inspirational story of a father’s dream and his daughters’ tireless efforts in realizing them. It follows Richard Williams (Will Smith) as he prepares his daughter — Serena and Venus — to become some of the greatest tennis players to grace the game through sheer determination and hard work.

It has received critical acclaim thanks to its moving screenplay and the cast’s phenomenal performances. The movie makes numerous allusions to real-world figures and events. Therefore, viewers must be curious to find out more about the true story that inspired the film. In that case, here’s everything you need to know about the inspiration behind ‘King Richard.’

Is King Richard Based on a True Story?

Yes, ‘King Richard’ is based on a true story. It is a biographical film based on the life of American tennis coach Richard Dove Williams Jr., as well as his daughters, Serena and Venus Willaims. Born in Shreveport, Louisiana, Richard Williams received some tennis training in his childhood. After his divorce from his first wife, Betty Johnson, Richard married Oracene “Brandy” Price in 1979. He watched tennis player Virginia Ruzici winning hefty prize money on television and decided that his yet-to-be-born daughters would become tennis players.

The couple welcomed their first daughter, Venus, on June 17, 1980, followed by the birth of Serena on September 26, 1981. The girls were only four and a half years old when the family was residing in Compton, California, and their father started their tennis training. The sisters went on to dominate the world of tennis, winning various titles and earning their father and mother plaudits as tennis coaches. However, the family’s road to success was filled with obstacles, which the film written by Zach Baylin covers in great detail.

In an interview with Deadline, Baylin stated that while writing the script, his focus was on including the lesser-known details of the family’s life. “There are many iconic moments in their life, and I think we worked hard to try to find the moments we didn’t know,” he said. Additionally, director Reinaldo Marcus Green has said he wanted to focus on the bond between the sisters and took some liberties in that regard. Green also stated that he drew from his personal upbringing while directing the film.

Serena and Venus Willaims both served as executive producers on the movie, and their sister, Isha Price, also took on an active role in production. Price was present on the sets for most of the filming and provided insights about the family’s life to the actors. Actresses Saniyya Sidney and Demi Singleton, who play Venus and Serena in the movie, had no prior formal training in tennis and learned the sport for the film. The left-handed Saniyya had to make an added effort to play with her other hand as Venus is right-handed. The actresses also learned to emulate the sisters’ iconic open stance playing style. 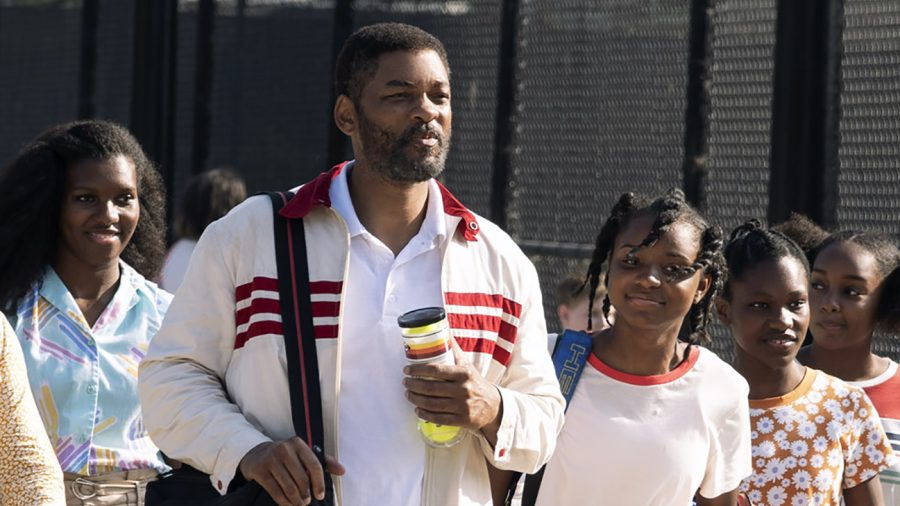 Saniyya and Singleton’s hard work is impressive and adds to the film’s authenticity. However, the Willaims sisters were more impressed by the actresses’ off-court work in capturing and recreating their sisterhood and family atmosphere. Serena also praised Smith’s performance by saying that the ‘Bad Boys‘ star perfectly embodied their father in the movie. The movie depicts the various ups and downs in the lives of the Williams family and gets most of the facts right. Various details such as Richard’s career as a security guard, childhood racial violence experience, the physical altercation with local goons, and the girls’ early inclination towards tennis are rooted in reality.

However, because of the limitations of the cinematic medium, some aspects from real life have been glossed over. In the end, it all worked out as the movie has received a stamp of approval from the Williams sisters themselves. Ultimately, it is safe to say that ‘King Richard’ is an authentic representation of the struggles and challenges of the Williams family. It captures their strong family bond and undeterred spirit that has earned them an iconic status in the world of sports.