Is La Mamounia a Real Resort in Morocco? How Much Does The Riad Cost? 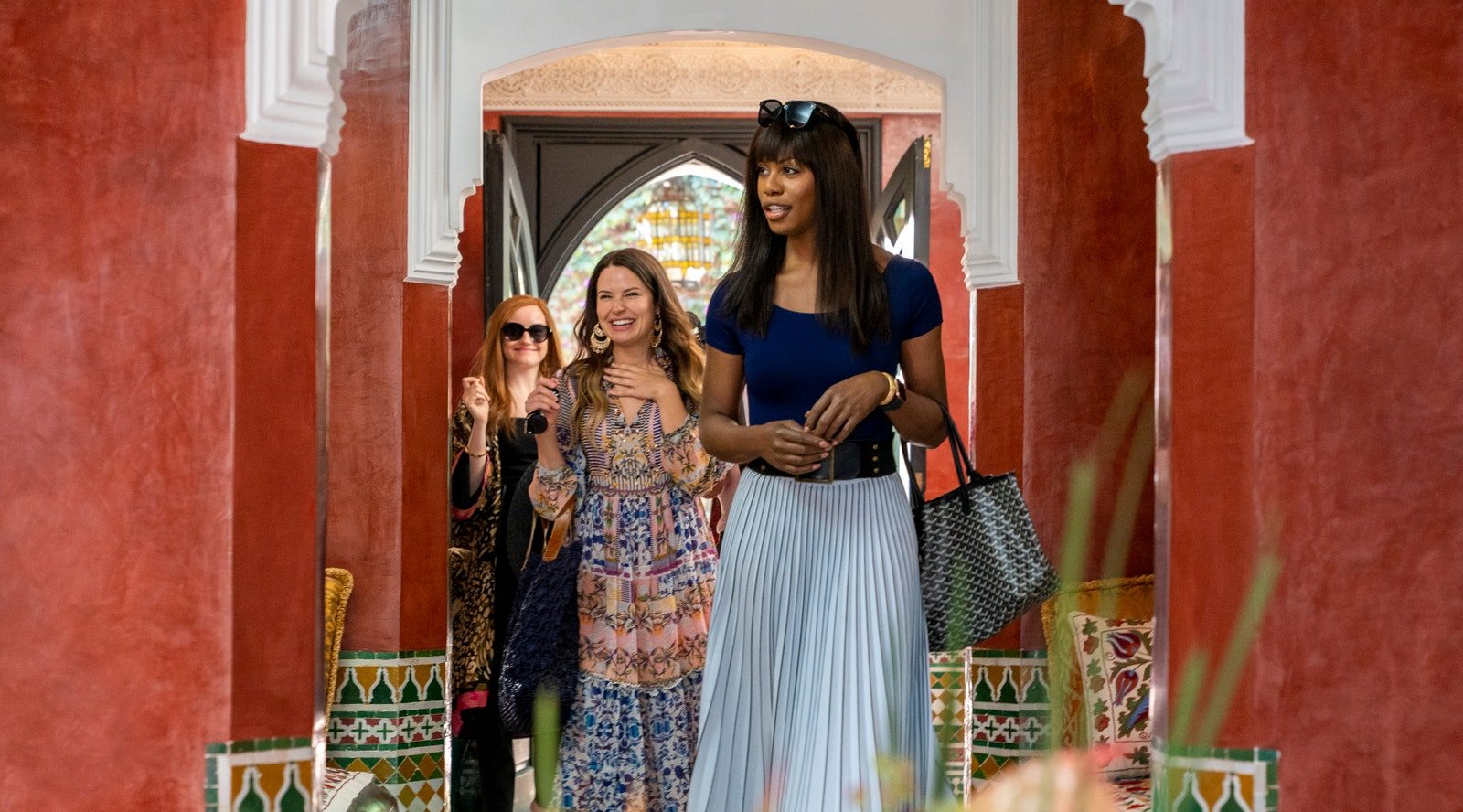 Netflix’s ‘Inventing Anna‘ follows the titular Anna Sorokin as she blends her way into New York high society, pretending to be a wealthy heiress. Her briefly glitzy whirlwind, lived out of expensive hotel rooms, consists of jet-setting around the world and rubbing shoulders with genuinely wealthy people.

However, Anna’s precariously balanced lies soon begin to crumble as unpaid bills pile up. In keeping with her outrageous antics, the titular character takes one last “hail mary” trip to an opulent resort with a few friends. A lot goes down at the La Mamounia in ‘Inventing Anna,’ which forms a spectacular backdrop for the unfolding drama. Are you wondering whether the resort is as real as some other aspects of the show? We’ve got news for you!

Is La Mamounia a Real Resort in Morocco?

Yes, La Mamounia is a real resort located in Morocco. The expansive property, which was reportedly a 15-hectare palace before being converted into a hotel in the early 1900s, has seemingly hosted the likes of Winston Churchill and Franklin D. Roosevelt. And, years later, the very same resort hosted Anna Sorokin.

According to her (former) friend Rachel Deloache Williams, Anna claimed she had to leave the US to renew her visa and suggested they go to Marrakesh. Saying it was an “all-expense-paid” trip, she also booked them into one of the most expensive accommodations in the property — a Riad.

Soon into the trip, as had happened on multiple occasions before, Anna’s credit cards “suddenly” stopped working. Rachel agreed to cover the trip’s expenses with reassurances from Anna that she would be paid back. The $62,000 that Rachel subsequently paid, including the hotel stay, was never returned by Anna. There were also two others in the group — a mutual friend named Kacy Duke, who left in the first two days of the trip, and a photographer tasked with recording Anna’s time in Morocco.

Where is La Mamounia Located? How Much Does it Cost?

The La Mamounia Resort is located on the Avenue Bab Jdid in the city of Marrakesh in Morocco. According to the resort’s resources, the “Marrakech-Menara” airport is a ten-minute drive (just under 4 miles) from the property. They also offer pickup service in a suitably luxurious car for a fee.

And just how much does it cost to stay there? For those on a “budget,” the Classic Twin Room will cost you about $500 to $600 per night. Considering the resort is known for its opulence and was an actual palace at one point in time, perhaps the price is justified. The Classic Twin Room also appears to be the cheapest digs available at La Mamounia.

The Riad, seemingly the resort’s priciest offering, will set you back about $8000 a night (before taxes). Prices also go up depending on the tourist season. Similar to the one Anna Sorokin’s group stayed in, the Riad sleeps six and has a private pool and butler service. Much like the rest of the property, this room is covered in exquisite detail and oozes attention to detail.