Is Leah Dead? Did Lynn Collins Leave The Walking Dead? 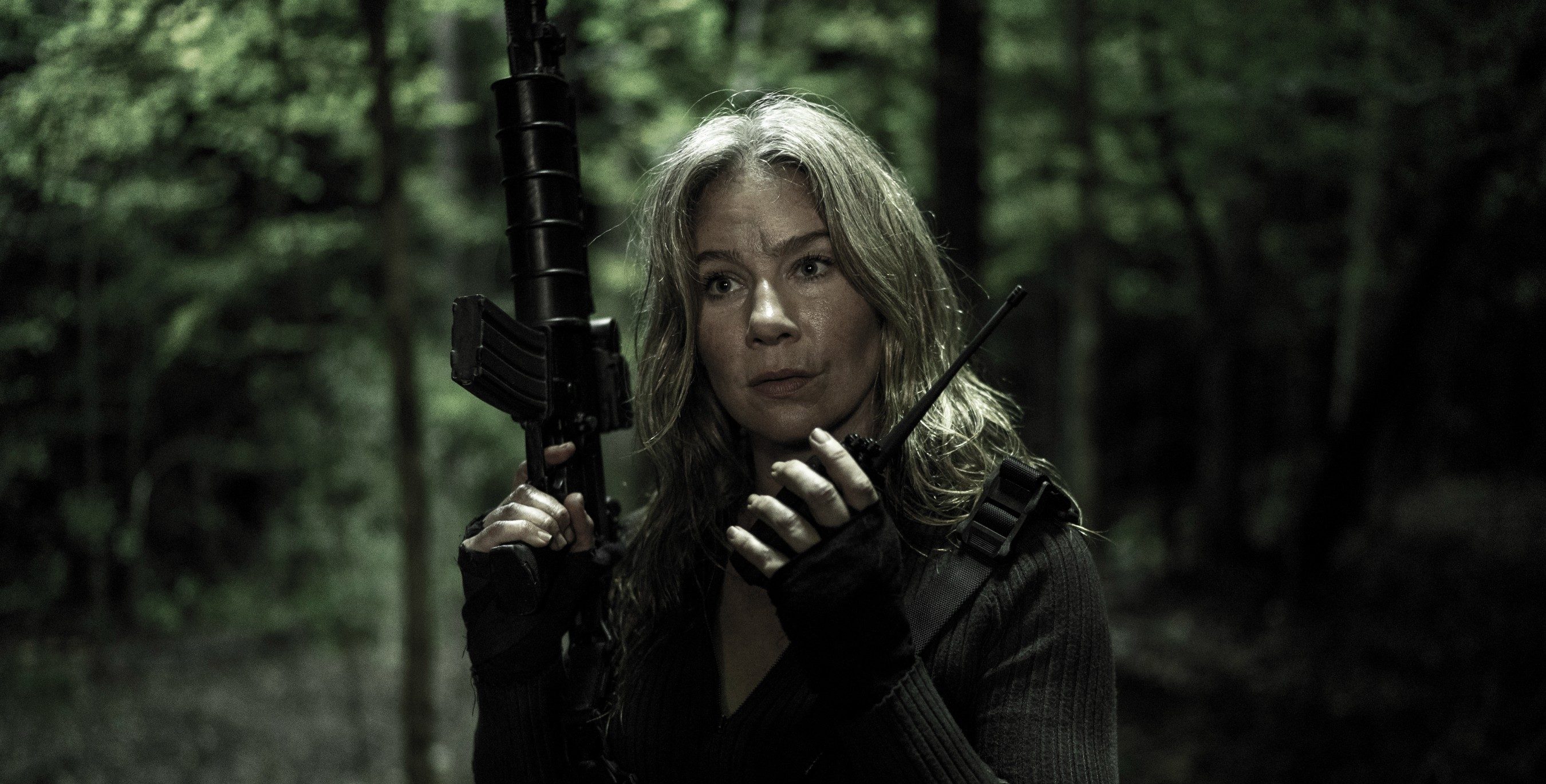 In the eleventh season of AMC’s post-apocalyptic series ‘The Walking Dead,’ Maggie leads the team of Negan, Daryl, and Gabriel to fight the Reapers to garner food supplies from Meridian. Maggie’s expedition paves the way for Daryl and Leah’s reunion, although in an undesirable circumstance. Leah witnesses the perishing of her community at the hands of Maggie and others. Upon escaping from the wrath of Maggie, Leah returns and joins hands with Lance to exact vengeance on Hilltop’s leader. However, the turn of events favors Maggie and Leah fails in her mission. If you are eager to know more about the character’s fate and Lynn Collins’ future in the show, let us be your ally! SPOILERS AHEAD.

Yes, Leah is dead. After escaping from Maggie with a bullet wound, Leah hides and waits for an opportunity to avenge the deaths of her fellow Reapers. She steals Lance’s convoy for enough guns and weaponry to fight and kill Maggie. When Lance comes to know that his convoy is stolen, he sets out to find the thieves and encounters Leah. Realizing his and Leah’s objectives are the same, Lance seeks her assistance to kill Maggie. Leah, in her way, captures Maggie and ties her up before attempting to kill her.

Rather than killing Maggie straight away, Leah lets Hilltop’s leader know that her loved ones are in grave danger. For destroying her family, she decides to annihilate Maggie’s community and makes sure that Maggie is aware of the misfortunes that can befall her allies before her death. By that time, Maggie manages to untie her knot and fights her enemy back. Meanwhile, Daryl comes to know that Maggie’s life is under threat. He locates the two of them and kills his ex-girlfriend to save his long-time companion. Before she can fatally harm Maggie, Leah dies.

Even though neither Lynn Collins nor AMC has formally announced the exit of the actress from ‘The Walking Dead,’ Leah’s death makes it evident that Collins had most likely left the show. Since it is unlikely that Leah will feature in Daryl or any other characters’ dreams or visions, the possibility of Collins featuring again the show is extremely less. Unless it is for potential flashback scenes, Leah’s storyline is seemingly concluded with her death, without leaving any scope for the actress’ reappearance.

Leah is a pivotal part of the narrative of the tenth and eleventh seasons of ‘The Walking Dead.’ As Daryl’s partner and later as the leader of the Reapers, Collins’ character earned appreciation from the show’s fanbase. The character’s death and the actress’ most likely exit happen when the narrative focuses on the conflicts between the Commonwealth and the other survivor communities. Leah’s storyline could have been developed further as Lance’s ally in the impending war if not for the character’s death. Once again, the show succeeds in astounding the viewers with another startling death of a pivotal character.

Lynn Collins is part of the cast of the upcoming film ‘James the Second.’ Even though the actress may have left the famed show, we can eagerly wait for her to grace admirable characters in projects to come, including the aforementioned Max Amini directorial.

Read More: Will Mercer and Princess End Up Together in The Walking Dead? Theories