Where Was Leah? Is Lynn Collins Back on The Walking Dead? 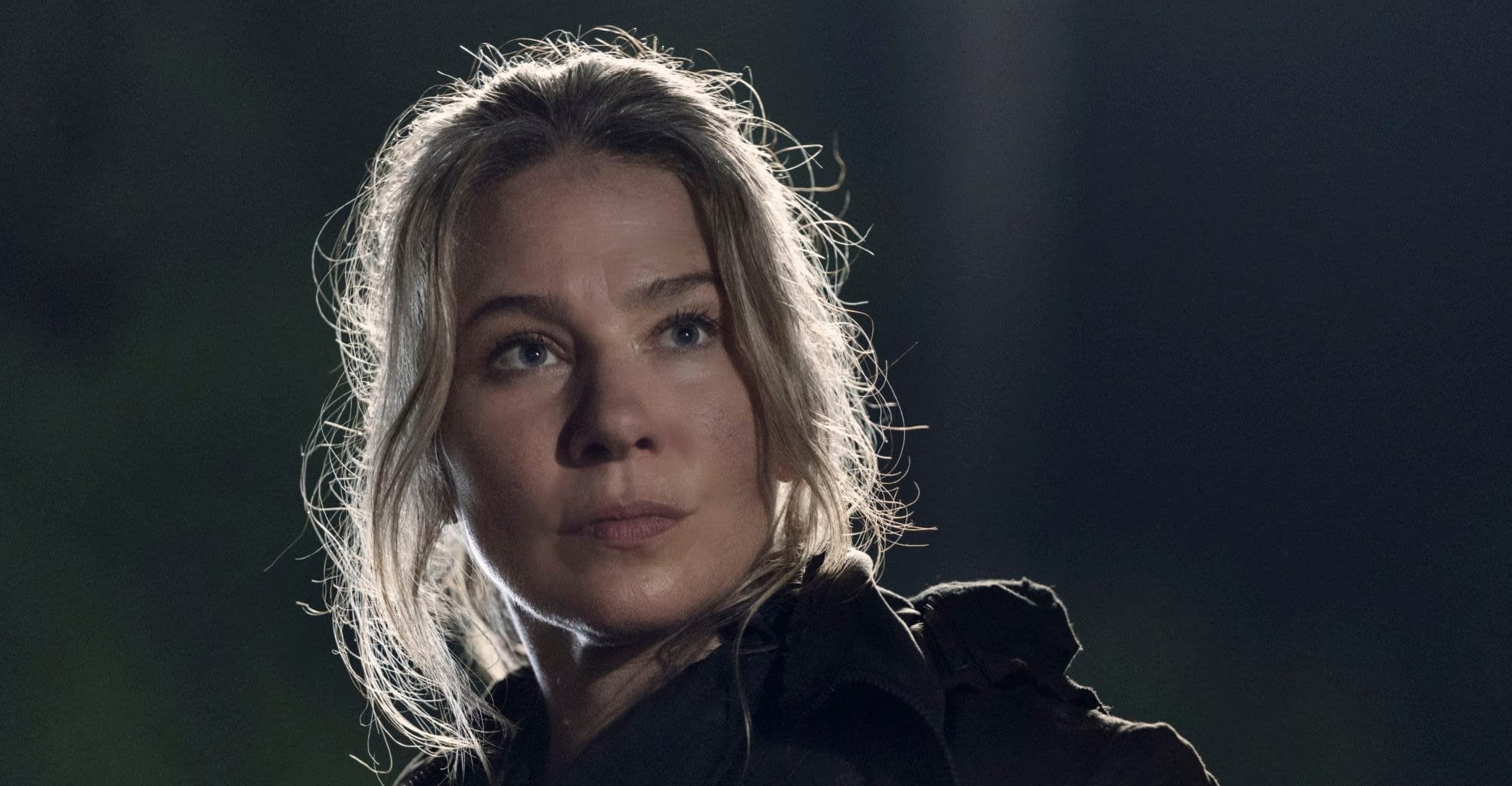 The eleventh season of AMC’s post-apocalyptic series ‘The Walking Dead’ begins with Maggie leading a team of Alexandrians to Meridian to collect food supplies for Alexandria. Their efforts lead them to the Reapers, a group of hostile survivors that includes Daryl’s former partner Leah Shaw. Maggie and her team end up victorious in their fight against Leah and her fellow Reapers.

After making sure that they have control over Meridian, Maggie shoots at Leah, forcing her to flee. The fourteenth episode of season 11 depicts an astounding development concerning Leah, which confirms that she isn’t dead. Well, here’s everything you need to know about the same. SPOILERS AHEAD.

Where Was Leah? Is Lynn Collins Back on The Walking Dead?

Yes, Lynn Collins is back on ‘The Walking Dead.’ When Lance’s secret convoy of guns and goods gets stolen, the deputy governor seeks the assistance of Toby Carlson to retrieve the same. Carlson tricks Aaron and Gabriel to find the guns by leading them to a religious community in the pretense of offering help. After getting into the community, Carlson searches for the guns, only to not find them anywhere in the building. While Gabriel and Aaron ponder over the whereabouts of the guns, the fourteenth episode of season 11 depicts Leah attacking the convoy for the guns.

After escaping from Maggie, Leah may have found a hideout to stay low until she could recover from her bullet wound. With most of her fellow Reapers dead, if not all, Leah must have realized that she cannot confront Maggie or Daryl to exact vengeance without adequate resources and a group. Leah may have recruited new members to reform the Reapers to potentially wage a war against the people who destroyed her family. Stealing the Commonwealth’s guns can be her first step towards retrieving the past glory of her group.

“We were always planning to bring Leah back, so we’d always, like, intended for it to be, like, this story of – here’s somebody who had good qualities and yet things went pretty dark with them. […] I do think she actually really, really cared about Daryl. But at the end of the day, she’s going to choose her team first, and that makes, like, for a difficult situation for our heroes when she comes back,” Angela Kang, showrunner of the show, said about Leah’s return in ‘The Walking Dead: Episode Insider.’

With enough weapons in hand, Leah can be an extremely dangerous threat for Maggie and Daryl. Since Maggie and Hilltop are in a vulnerable position — especially due to Lance’s ambition to hijack the community — Leah’s return may turn out to be more than Maggie can handle. If Leah decides to team up with Lance to capture Hilltop or Oceanside in return for the resources the deputy governor of the Commonwealth can offer, Maggie and Daryl will be forced to fight them.

Since Daryl’s betrayal is expected to kill Leah’s feelings for him, she may not hesitate to hold a gun against him as well. As the famed show gets closer to its end, we can expect Leah to play a pivotal part in determining the fates of Maggie, Daryl, and their allies. If Leah and Lance join hands to put an end to Maggie’s reign and life, we can expect at least a bloody battle that may end the lives of several significant characters.