Is Lifetime’s Girl in Room 13 Based on a True Story? Where Was it Filmed? Who is in the Cast? 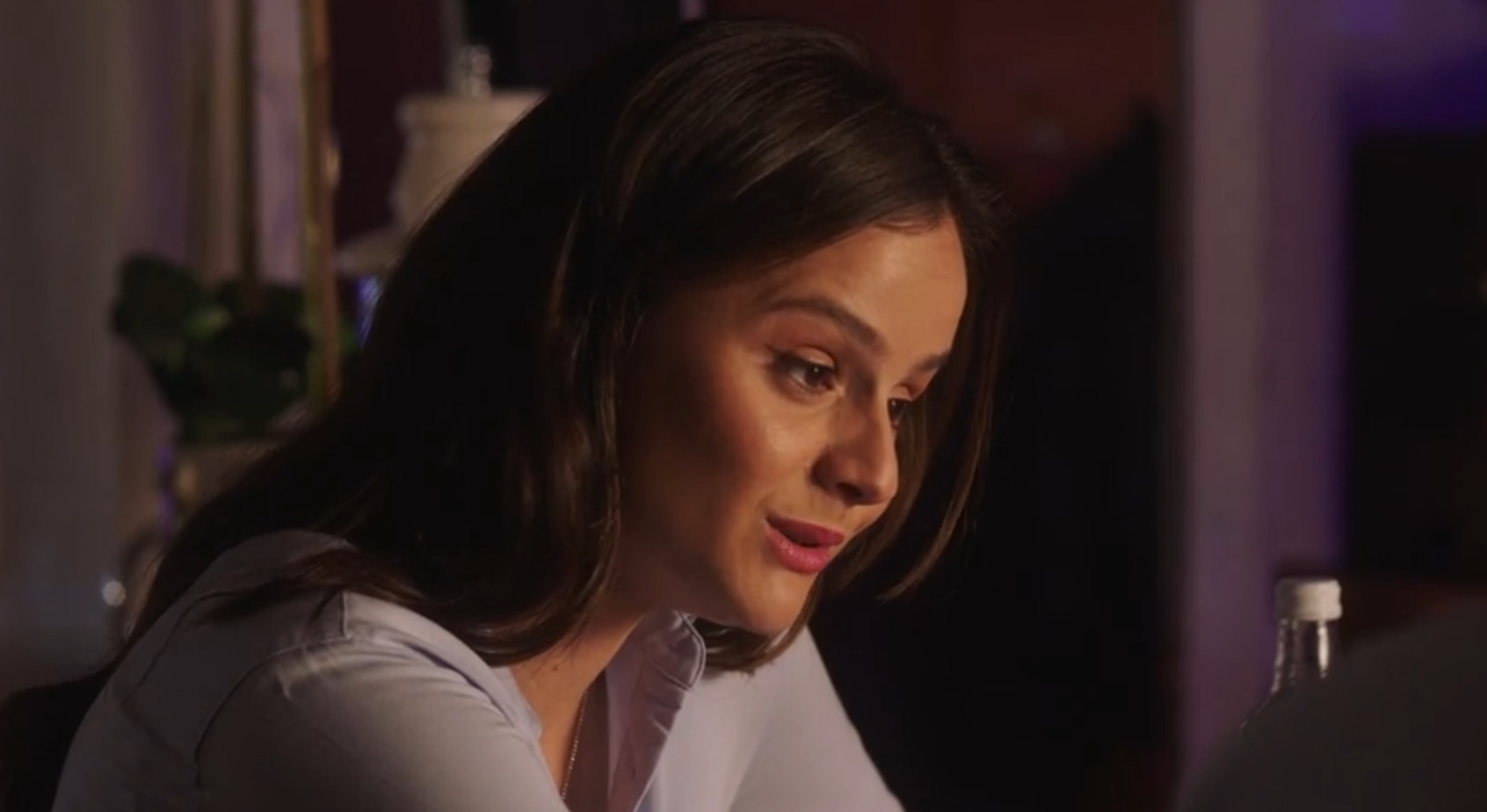 Directed by Elisabeth Röhm, Lifetime’s ‘Girl in Room 13’ is a thriller drama film that revolves around a woman named Grace. When she was young, Grace suffered a sports injury for which her doctor prescribed her opioids. However, with the passing years, Grace became addicted to them. After going in and out of rehab three times, Grace feels determined to turn her life around. With her mother Janie’s help, Grace starts working at her family’s restaurant. However, after meeting up with her ex-lover and drug dealer Richie, Grace finds herself trapped in a hotel room.

While imprisoned, she is repeatedly drugged, starved, and sexually assaulted by Richie in order to break her spirit and make her compliant enough to sell her into human trafficking. Meanwhile, Janie is adamant about finding her daughter’s whereabouts before it becomes too late. The movie’s strong cast and perfect visuals allow for a seamless depiction of a chilling story. Many viewers have expressed their curiosity regarding the movie’s origins and if it is inspired by real life. We have your back if you are here to find out about the same and more!

‘Girl in Room 13’ is partially based on a true story. Part of Lifetime’s ‘Ripped from the Headlines’ series, the movie was written by Maria Nation, who has also penned ‘One Summer‘ and ‘Christmas Everlasting.’ The talented Elisabeth Röhm took up the director’s role for the movie, having also helmed ‘To Catch a Seed’ and ‘Girl in the Basement‘ in the past. While the movie’s plot, strictly speaking, is a creation of the filmmakers, the minds behind the story were inspired by real-life events surrounding drug abuse and human trafficking.

The issue numbers involving the cases of human trafficking have been on the rise for a long time. “Human trafficking is a $150 billion a year global industry and can’t be fully addressed without businesses taking active and effective measures to reduce the potential for exploitation within their own systems,” Bradley Myles, chief executive officer of Polaris, the nonprofit organization responsible for the human-trafficking hotline in the United States, told Forbes.

While many institutions, both governmental and independent, are making several attempts to combat the issue of trafficking and reduce the number of victims, the due diligence of the common person is highly crucial. As depicted in the movie, traffickers often drug their victims and keep them in a hotel before they can easily transport their targets to the next destination. Hotel staffers and management have been urged over the years to watch out for potential red flags, like long-term customers with minimal possession or booking under a business card but paying with cash. Keeping an eye out for such indicators might help someone in need. 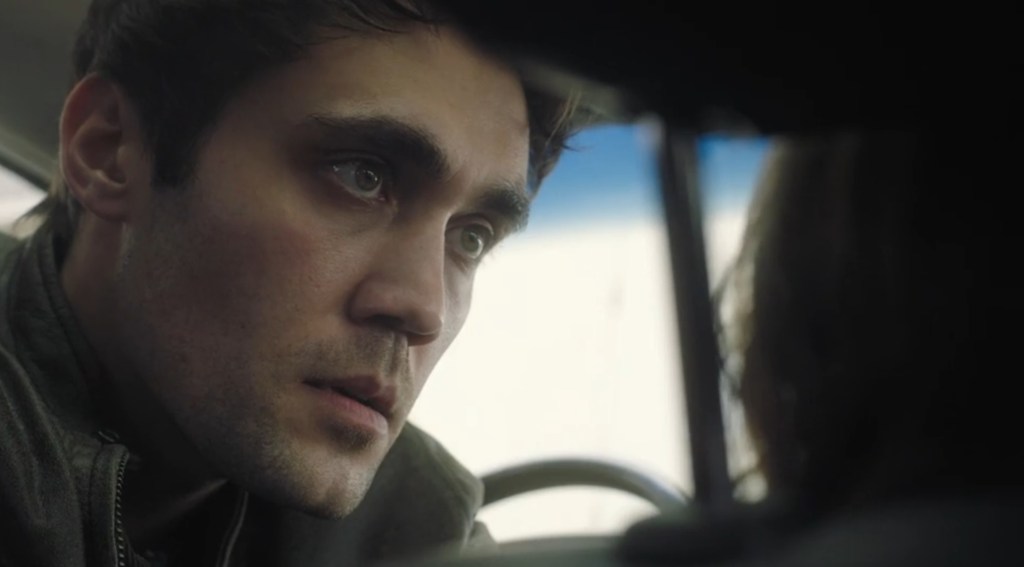 One must also realize that a large percentage of human trafficking victims are women. According to the report made by the United Nations Office on Drugs and Crime, “The most common form of human trafficking (79%) is sexual exploitation. The victims of sexual exploitation are predominantly women and girls. Surprisingly, in 30% of the countries which provided information on the gender of traffickers, women make up the largest proportion of traffickers. In some parts of the world, women trafficking women is the norm.” Given such harrowing numbers, it is easy to see why the lifetime movie puts forward a story involving a female victim.

While ‘Girl in Room 13’ is not entirely a true story, the character of Grace represents the struggles, determination, and hope of many of the named and unnamed victims of such a horrendous crime. The movie delves deep into how the disappearance of drug users, or people with a history connected to narcotics, is often overlooked by law enforcement, making them easy targets for human traffickers. The film explores several other realistic elements of the crime in question, making it a truthful depiction of the realities of human trafficking.

The filming of ‘Girl in Room 13’ primarily took place in Vancouver, British Columbia. The principal photography for the movie began on May 16, 2022, and ended in the first week of June 2022. Let’s explore the filming location of the movie in a bit more detail.

Lifetime’s ‘Girl in Room 13’ was produced in the city of Vancouver in the Canadian province of British Columbia. The movie takes advantage of the variety of locations and backdrops available in and around the city to shoot the scenes as required. From filming scenes in a professional swimming pool to setting up camp in residential areas within Vancouver, the filmmakers tried their best to take advantage of the facilities and places available for the movie.

Also known as the Hollywood of the North, Vancouver has long been a favorite among producers for filmmaking purposes. Not only is the city home to renowned film studios with state-of-the-art equipment, but it is also in the same time zone as Los Angeles, California, which allows for better transportation and communication between the two cities if required. The city also has a subtle skyline which is why moviemakers often use Vancouver as a replacement for whatever area the film is set in. Over the years, Vancouver has been home to the production of several Lifetime movies, including ‘Dying for a Family‘ and ‘Big Lies in a Small Town.’

The movie features Larissa Dias, who portrays the character of Grace. You may recognize her from her work in ‘Supernatural Academy’ and ‘When Calls the Heart.’ The talented Max Montesi essays the character of Richie and is a part of ‘The Perfect Recipe’ and ‘Devil in Ohio.’ Anne Heche can be seen as Janie in the Lifetime thriller. Some of the beloved performer’s other acting credits include ‘Donnie Brasco‘ and ‘I Know What You Did Last Summer.’ The actress tragically passed away on August 12, 2022, mere weeks before the release of ‘Girl in Room 13,’ making the Lifetime thriller one of her last movies. Other appearances include Matt Hamilton as Burt, Erika Bruci as Toni, Brian Cyburt as Rex, and Sarah Peguero as Rosa.