Is Lifetime’s Let’s Get Physical Based on a True Story? Where Was it Filmed? Who is in the Cast?

Directed by Robin Hays, Lifetime’s ‘Let’s Get Physical’ is a drama movie that follows a fitness instructor named Sadie Smith, who instructs the moms in the town about physical fitness during the day. However, at night, she runs a prostitution ring that caters to some of the most influential people in the area. Soon, an anonymous tip about her business lands Sadie in legal trouble, leading the small-town residents to wonder about her clients’ identities.

While the characters are portrayed realistically by the talented cast, people have expressed admiration regarding the intriguing backdrops, with fans asking just where the Lifetime movie was shot. Albeit, the most important topic remains the origins of the movie’s storyline. Are the events in ‘Let’s Get Physical’ inspired by real life, or are they fictional? Luckily, we are here to answer the same!

Is Let’s Get Physical a True Story?

Yes, ‘Let’s Get Physical’ is based on a true story. A part of Lifetime’s ‘Ripped From the Headlines’ series, the movie was written by Margaux Froley and Kelly Fullerton, with Robin Hays in the director’s chair. The idea for the story apparently came to executive producer Kelly Ripa years ago when she was a guest on ‘Late Night with David Letterman.’ The monologue delivered on that date mentioned the story, which prompted her to try and bring it onto the screen. 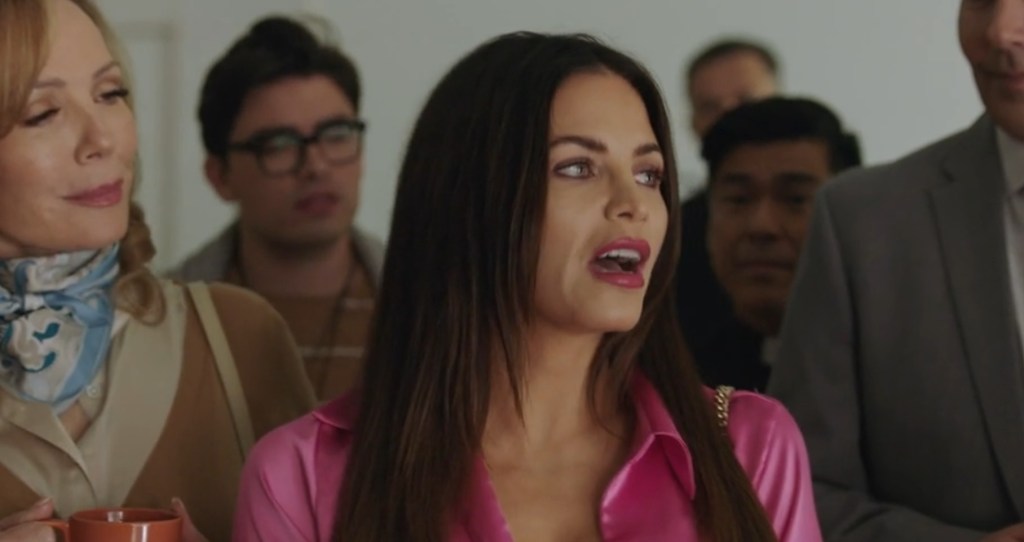 Though the exact piece of news which inspired the filmmakers to create the movie has not been officially confirmed, it is widely believed that the case of Alexis Wright may have been the basis for the movie’s plot. In 2010, she opened a Zumba dance studio called Pura Vida in Kennebunk, Maine. In addition, the single mother had rented an office to provide massage services known as Sensual Body Work by Lydia. She claimed that she wanted to earn more money and save enough to put herself through medical school.

With her dance studio as the main business, Alexis ran an illegal prostitution ring through her two business locations. This attracted many customers to her doorstep, and the businesswoman was far from discreet. Alexis allegedly wrote blogs about her double life on the internet, sharing how she provided many men within her Maine town with sex, and the women were none the wiser. 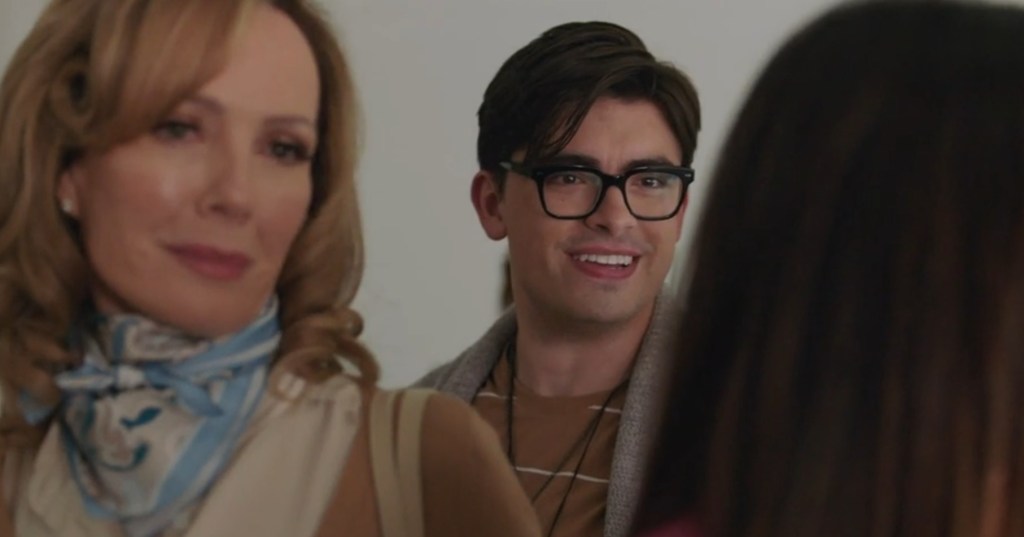 Both Pura Vida and Sensual Body Work by Lydia started raising eyebrows, given the constant stream of men that the business seemingly brought in. Many claimed that the male customers would enter and leave promptly. The owner of the space that was being used by Sensual Body Work by Lydia was a man named Christopher West, who received a complaint from another tenant about the constant arrival and departure of men and the sounds of moaning and groaning.

When West decided to investigate on his own and looked up Alexis on the internet, he found several pornographic videos that were shot in the office space he owned. West immediately went to the police and filed a complaint, which prompted the law enforcement officers to search the two offices, the house, and the car Alexis was using. What they found was a mountain of organized evidence detailing the number of customers she had served through her prostitution ring and the acts she performed for the same. 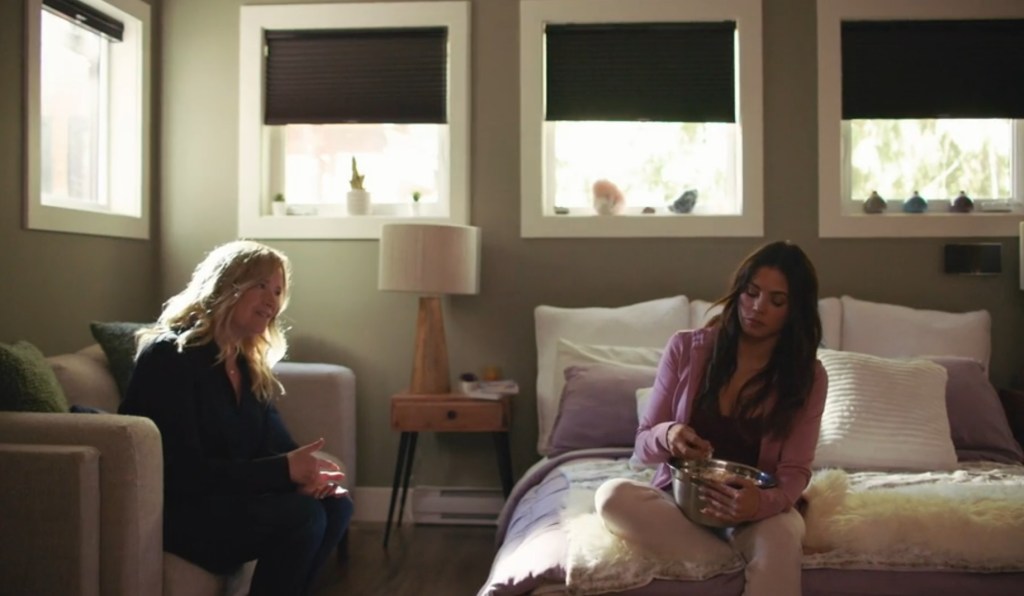 In March 2013, Alexis was charged with 20 counts of prostitution, tax evasion, and welfare fraud, to which she pled guilty. For her crimes, she was sent to prison for ten months but was released in just six months in November of 2013 due to good behavior. Strong was convicted on 13 counts of the promotion of prostitution and was sentenced to 20 days in jail. While several details from the case of Alexis Wright match up with the Lifetime movie, some elements in the movie are undoubtedly different.

For example, the character of Sadie Smith has a hairdresser friend who is seemingly well aware of her side hustle. The movie has a humourous tone despite the suspenseful storyline, which lends to its ability to captivate the viewers. Nevertheless, we firmly believe that Alexis Wright’s incident helped shape the movie into its final form.

‘Let’s Get Physical’ was filmed in British Columbia, primarily in and around Vancouver. The principal photography for the movie took place in July 2022. Now, let’s take a closer look at all the places that appear in the Lifetime movie!

Popularly called Hollywood North, the city of Vancouver served as the production location for ‘Let’s Get Physical.’ The actors enjoyed their time during the shooting process and were quite happy to be a part of the project. Moreover, Jenna Dewan, who essays the character of Sadie Smith, was quite impressed with the movie’s storyline and even agreed to be one of the executive producers. Her biggest challenge during the filming schedule was learning to pole dance despite her background as a dancer.

Vancouver’s infrastructure is a boon for those looking forward to lensing their projects in the area. Apart from its breathtaking skyline, the variety of locations in and around the city allows filmmakers to use it as a substitute for different cities and towns across the globe. Over the years, Vancouver has hosted the production of several Lifetime movies, including ‘Girl in Room 13‘ and ‘Big Lies in a Small Town.’

The gorgeous Jenna Dewan plays Sadie Smith in ‘Let’s Get Physical.’ You may recognize Dewan from her work in ‘The Rookie‘ and ‘Superman & Lois.’ On the other hand, Jennifer Irwin plays April Macintosh; the actress is known for her performances in ‘The Goldbergs‘ and ‘Superstore.’ Furthermore, Michael Consuelos essays Petey in the Lifetime movie. Consuelos’ other acting credits include ‘Riverdale‘ and ‘Go, Diego! Go!’

Read More: Is Lifetime’s Secrets at the Inn Based on a True Story? Where Was It Filmed? Who is in the Cast?