Is Lifetime’s Swindler Seduction a True Story? Where Was it Filmed? Who is in the Cast? 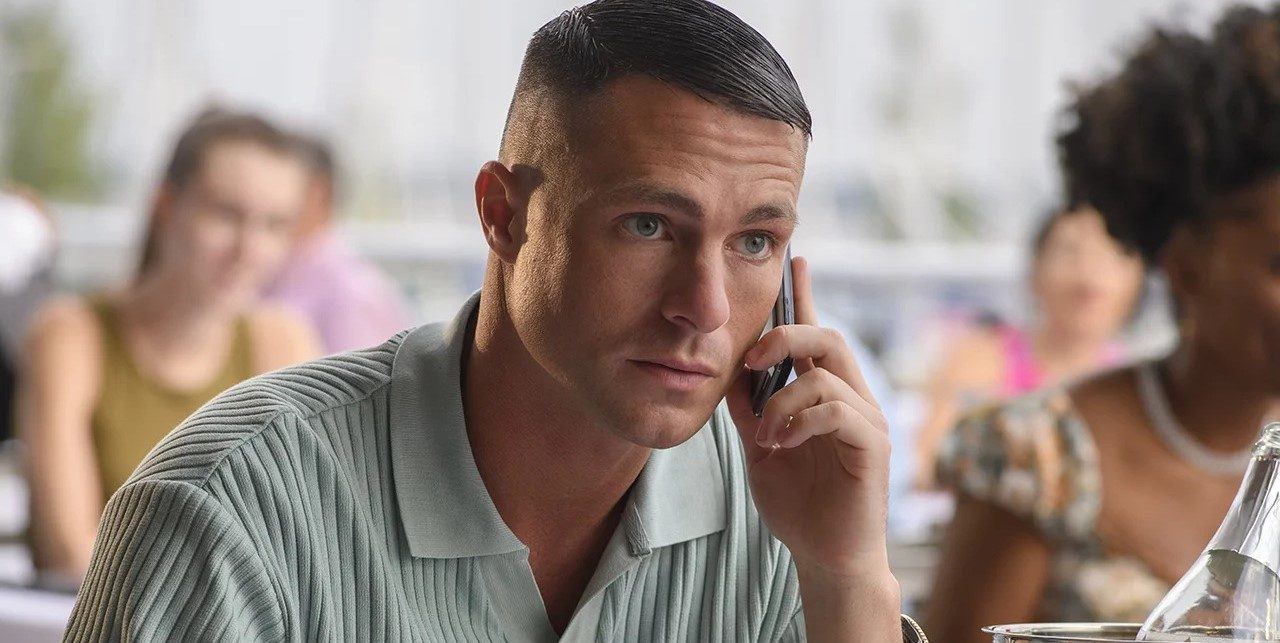 Directed by Jonathan Wright, Lifetime’s ‘Swindler Seduction’ is a thriller drama movie that revolves around a young woman, Louisa, who meets a charming and seemingly ideal guy named Steve at a bar. As the two get to know each other, she discovers he is an angel investor and entrepreneur. After 48 hours of spending a pleasant time together, Steve bails out suddenly, and Louisa realizes that she believed all his lies and got duped of thousands of dollars. When the police are of no help, she decides to go after him alone.

During the process, Louisa finds out that Steve has an identical brother named Mitch, and both have been swindling several women for years. With sheer determination and courage, she attempts to get back at the twins and help all the victims get justice. The narrative involves various realistic themes, such as deception and financial fraud, making viewers question if the Lifetime movie is based on true events. Moreover, the use of different locations makes one curious about the actual filming sites. Well, we have gathered all the necessary information to appease your curiosity!

Is Swindler Seduction a True Story?

Yes, ‘Swindler Seduction’ is based on a true story. A part of Lifetime’s ‘Ripped From the Headlines’ series, the movie was written by Liz Lake with Jonathan Wright in the director’s chair. However, it is directly inspired by the story of Meredith Gavin, who fell victim to the swindling designs of one of the Gann brothers, either Jordan or Simon, in 2003. The victim has been maintaining a website chronicling her horrible experiences with the con brothers, which seemingly helped provide the details for the movie’s screenplay. 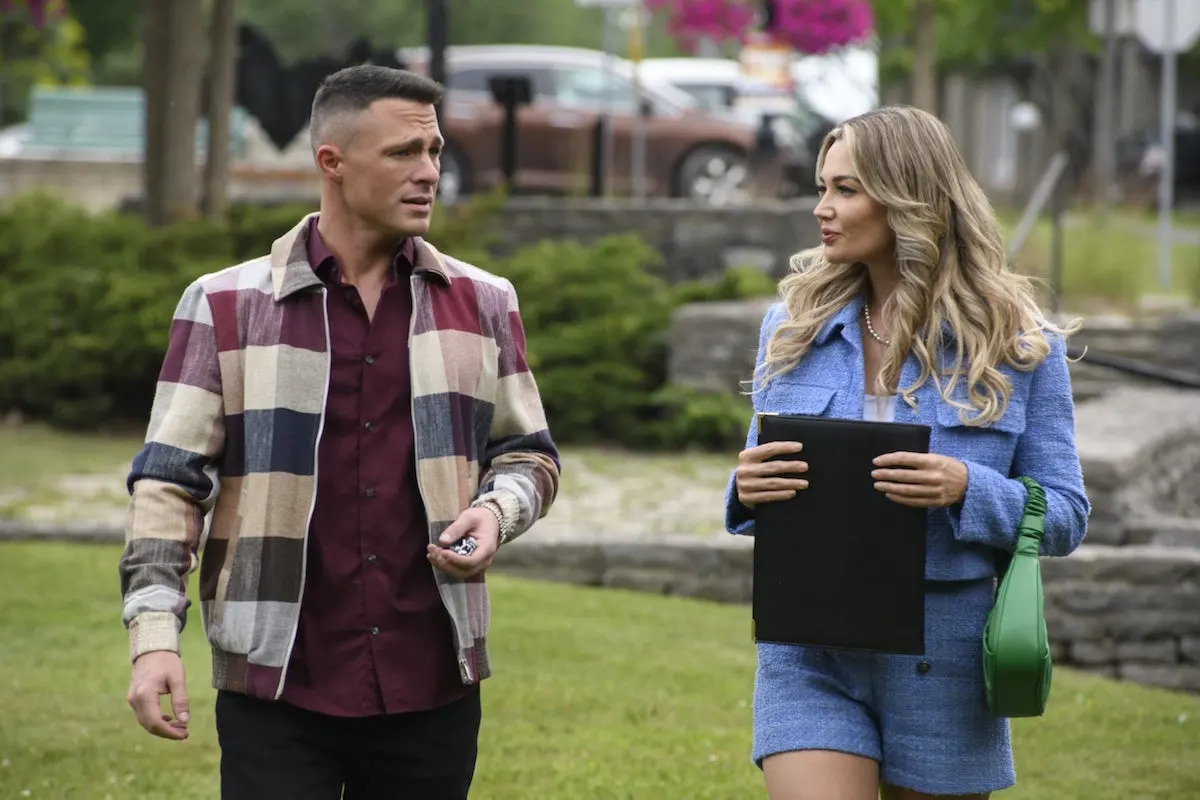 In 2003, Gavin had just started settling in Florida when she met a man at a bar, unsure whether it was Jordan or Simon Gann, to this day. The man talked smoothly and claimed that he had just sold his rights to a cancer research technique and had documents to back it up. The pair spent quality time together over the next week while she and her friends allowed him to spend around a thousand dollars because he said he didn’t have his credit cards then.

Call it Gavin’s naivety or trust in people; she not only believed him but also got intimate with him and got pregnant with his child. Soon, when the man ghosted her, she realized that he had disappeared along with her money and left her pregnant. After falling victim to such a scam, she started maintaining the website, as mentioned earlier, in hopes of making other women aware of such con artists and saving them from becoming victims like her.

The Gann brothers did spend time behind bars for their elaborate scams. In December 2010, Simon pleaded guilty and was sentenced to 16 months in prison. Around the same time, Jordan was already serving a five-year sentence for conning yet another woman in 2008. Albeit, their current whereabouts are not known for sure as of writing. Thus, to reiterate, it would be safe to say that ‘Swindler Seduction’ is rooted in reality and dramatizes the real-life case of Meredith Gavin and the Gann brothers.

‘Swindler Seduction’ was filmed entirely in Ontario, specifically in Ottawa. As per reports, the principal photography for the thriller movie commenced in late June 2022 and wrapped up in a month or so in July of the same year. Situated in Central Canada, Ontario is the country’s most populous province and is considered the leading manufacturing center. Now, let’s not waste any time and navigate all the specific sites that appear in the Lifetime movie!

Most of the pivotal sequences for ‘Swindler Seduction’ were lensed in and around Ottawa, Canada’s capital city. During the shooting schedule, the cast and crew members were spotted taping several key scenes around the ByWard Market, a hub of outdoor farmers’ market stalls and specialty food shops. Moreover, Somerset Street and Elgin Street are other local spots where the production of the Lifetime thriller took place. Reportedly, the filming unit even shot some scenes in the bars on Elgin Street.

Furthermore, for recording certain scenes, the team traveled to Almonte, a former mill town located just some kilometers southwest of downtown Ottawa. Situated at the confluence of the Ottawa River and the Rideau River in the southern portion of Ontario, Ottawa has hosted the production of numerous movies and TV shows over the years. Some notable ones include ‘Bandit,’ ‘Clown,’ ‘The Sum of All Fears,’ ‘The Blackcoat’s Daughter,’ ‘House at the End of the Street,’ and ‘Fifteen.’

In the Lifetime thriller, Colton Haynes essays the role of the twin brothers, Steve and Mitch. You may recognize Haynes from MTV’s ‘Teen Wolf,’ in which he portrays Jackson Whittemore. Moreover, he features in many other TV shows, including ‘CSI: Miami,’ ‘Look,’ ‘The Hills,’ and ‘The Nine Lives of Chloe King.’ On the other hand, Gabrielle Graham plays the role of Louisa. The actress features in several movies and TV shows, such as ‘Lucky Day,’ ‘In the Shadow of the Moon,’ ‘Marry Me This Christmas,’ and ‘Twenties.’

Read More: Is Lifetime’s Let’s Get Physical Based on a True Story? Where Was it Filmed? Who is in the Cast?