Is Lou Phillip’s Mom? Why Does Phillip Want to Kill Lou? 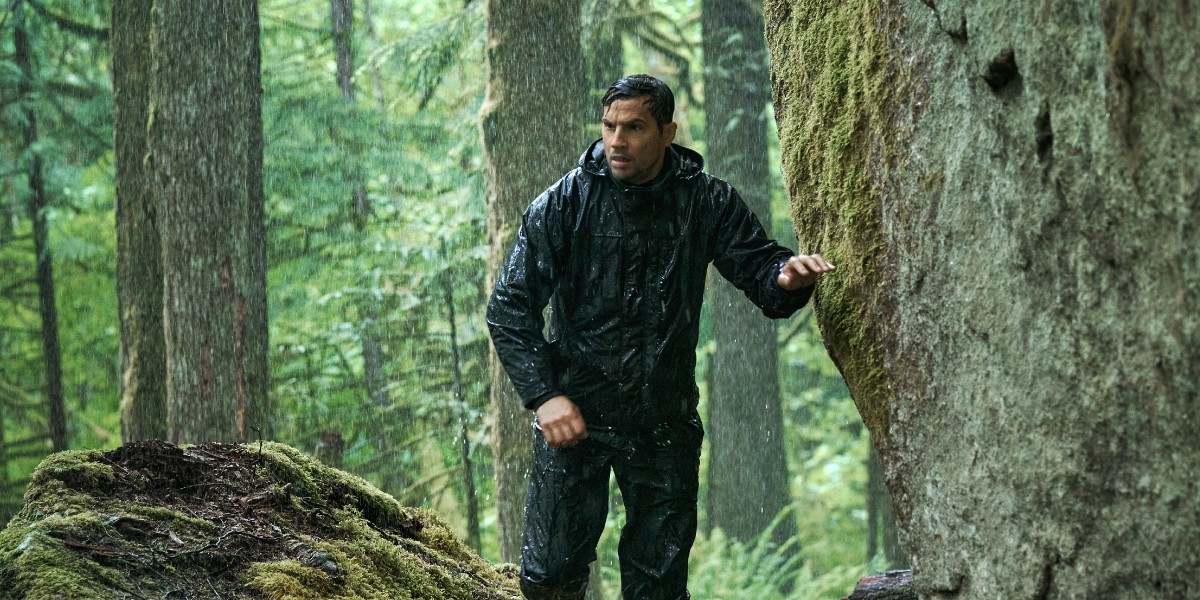 Directed by Anna Foerster (‘Westworld‘), Netflix’s ‘Lou’ is an action thriller film that follows the titular ordinary woman as she helps her neighbor search for her missing daughter during a deadly storm. As the narrative progresses, viewers learn about the person who has abducted Hannah’s daughter, Vee. Soon, it is revealed that Lou shares a deeper connection with the kidnapper, Phillip, who wants to kill her. Therefore, viewers must have plenty of questions about Phillip’s motivations and relationship with Lou. In that case, allow us to provide all the answers! SPOILERS AHEAD!

In ‘Lou,’ viewers learn that Phillip is Vee’s father and Hannah’s husband. The mother and daughter are neighbors of Lou, an elderly woman who owns the property they live on. While Hannah believes that Phillip is dead, he reemerges and kidnaps Vee. As a result, Hannah is forced to seek Lou’s help tracking down and saving her daughter. Phillip is a troubled man, but Hannah falls in love with him. She tries to change his behavior but fails as he continues to abuse Hannah. As a result, Hannah fled from Phillip with her young daughter, Vee.

While Hannah believes that Phillip is trying to punish her for escaping with their daughter, the truth is much darker. Phillip leaves behind several postcards that serve as clues to his hideout. After overcoming several obstacles, Hannah and Lou successfully find the location where Phillip is hiding with Vee. When Phillip and Lou finally meet, he forces Lou to admit the truth. Lou finally reveals that Phillip is her son. Lou was a CIA agent, and she had Phillip while on a mission in Iran. However, as Lou was committed to her job as a spy, she failed her responsibilities as a mother.

Why Does Phillip Want to Kill Lou?

After escaping from Lou and badly injuring her, Hannah finds her and nurses her wounds. During their conversation, Lou reveals the truth about her relationship with Phillip. During her mission for the CIA in Iran, Lou was tasked with getting really close to a powerful man. Her relationship with the man resulted in the birth of Phillip. However, the man’s people abducted Phillip after suspecting Lou of being a spy. Lou chose to keep her cover and did not go to save her son. Instead, the CIA intervened and rescued Phillip. However, Lou’s failure as a mother left a deep mark on Phillip as he waited and excepted his mother to save him.

As time passes, Phillip grows to resent his mother and wants revenge for her actions toward him. The incident created psychological issues for Phillip, and he turned into an abusive husband toward Hannah. Moreover, Lou moved Hannah and Vee to the island to protect themselves from Phillip. Therefore, it is likely that the lack of compassion Lou showed him as a child and adult resulted in his vendetta against her.

During the film’s climax, Phillip admits he planned to kidnap Vee to draw out Lou and Hannah. Phillip intends to destroy the lighthouse he is hiding in with a bomb. Thus, Phillip wishes to erase his traumatic past by killing his mother and family. After seeing the unhinged nature of Phillip, Lou realizes that there is no way to save her son as he is too far gone. Thus, Lou is forced to fight Phillip so Hannah and Vee can escape his wrath. As a result, Lou attempts to the right her past wrongs and fights Phillip. Ultimately, Lou foils Phillip’s plan, and he dies at his mother’s hands.