Is Lucius Dead or Alive in Our Flag Means Death? 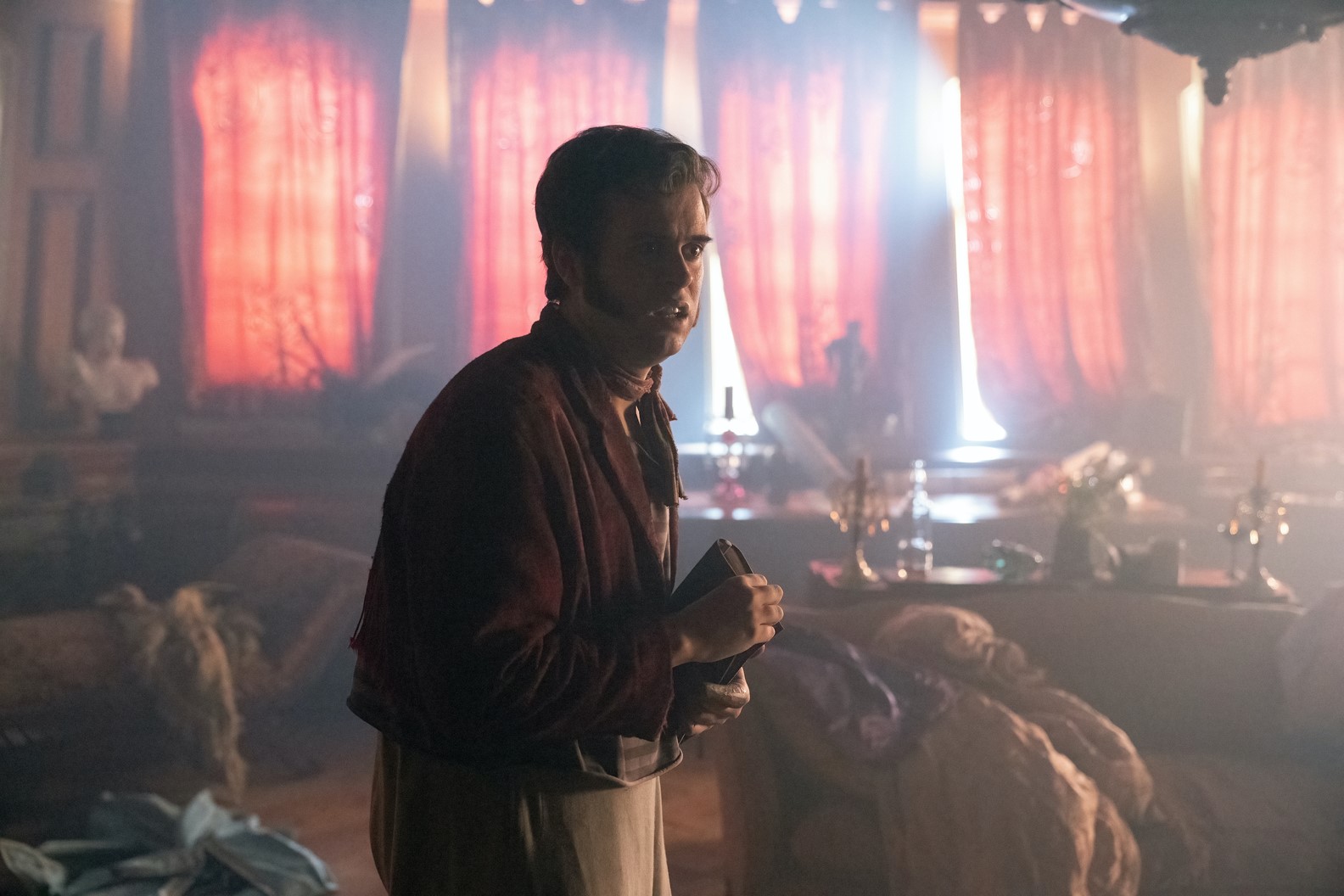 Lucius (Nathan Foad) is one of the supporting characters in ‘Our Flag Means Death.’ He serves as a scribe on board the Revenge, documenting the misadventures of Captain Stede Bonnet (Rhys Darby) and his crew. He is introduced in the pilot episode itself. Like the rest of the crew members, he doesn’t respect Stede’s authority, knowing full well that piracy is an amplified version of a mid-life crisis for their captain. However, they receive weekly wages, and it’s relatively less dangerous to be part of Stede’s crew than any other captain. So, along with others, Lucius doesn’t mind play-acting for Stede.

When Blackbeard first comes on board the Revenge, things begin to change, but not in the direction that one might expect. The fierce and ruthless Blackbeard starts to change in the company of Stede and the rest of the Revenge crew. Meanwhile, Lucius becomes involved in a relationship with one of the fellow crew members, Black Pete (Matthew Maher). In the series finale, Blackbeard returns to the Revenge and throws Lucius off the ship in the middle of the ocean. If you are wondering whether Lucius survives the ordeal, we got you covered. SPOILERS AHEAD.

Is Lucius Dead or Alive?

Lucius is one of the few people on the Revenge that had a proper education. His accounts of Stede’s exploits are full of exaggerations, likely on his captain’s instructions. He is one of the less eccentric members of the motley bunch aboard the Revenge and often ends up being the exasperated observer of their antics. As the series progresses, the camaraderie develops among the crew members, and Lucius becomes a part of it. He also comes to appreciate Stede, realizing that despite all his shortcomings, the captain genuinely cares about every person serving under him.

After Blackbeard’s arrival, Lucius is justifiably terrified of him. But as Blackbeard begins to change, so does Lucius’ attitude toward him. In episode 9, Stede and Blackbeard are taken by the Royal Navy. When Blackbeard finally returns to the Revenge, he’s heartbroken because he believes Stede has betrayed him. The crew tries to cheer him up by organizing a talent show. Izzy Hands continues to goad him in an effort to bring the slumbering brutal pirate out. And he eventually succeeds after threatening Blackbeard.

The monster within emerges and Blackbeard throws Lucius overboard. Now, there is obviously a significant chance that Lucius is dead. Blackbeard, the only person who knows what happened, seems to think so. When Izzy leaves most members of the crew of the Revenge on an island, Pete is amongst them. He asks Izzy about Lucius, but Blackbeard’s deputy doesn’t answer him.

There is also a remote possibility that Lucius is alive. He might have been rescued by a ship that came along after the Revenge. If that has happened, then the writers can potentially build a subplot around Lucius and his prospective rescuers. They can be the crew of one of the other pirates from the golden age of piracy besides Stede, Blackbeard, and Calico Jack.

Read More: Is Our Flag Means Death’s Chauncey Badminton Based on a Real Admiral of the Royal Navy of England?