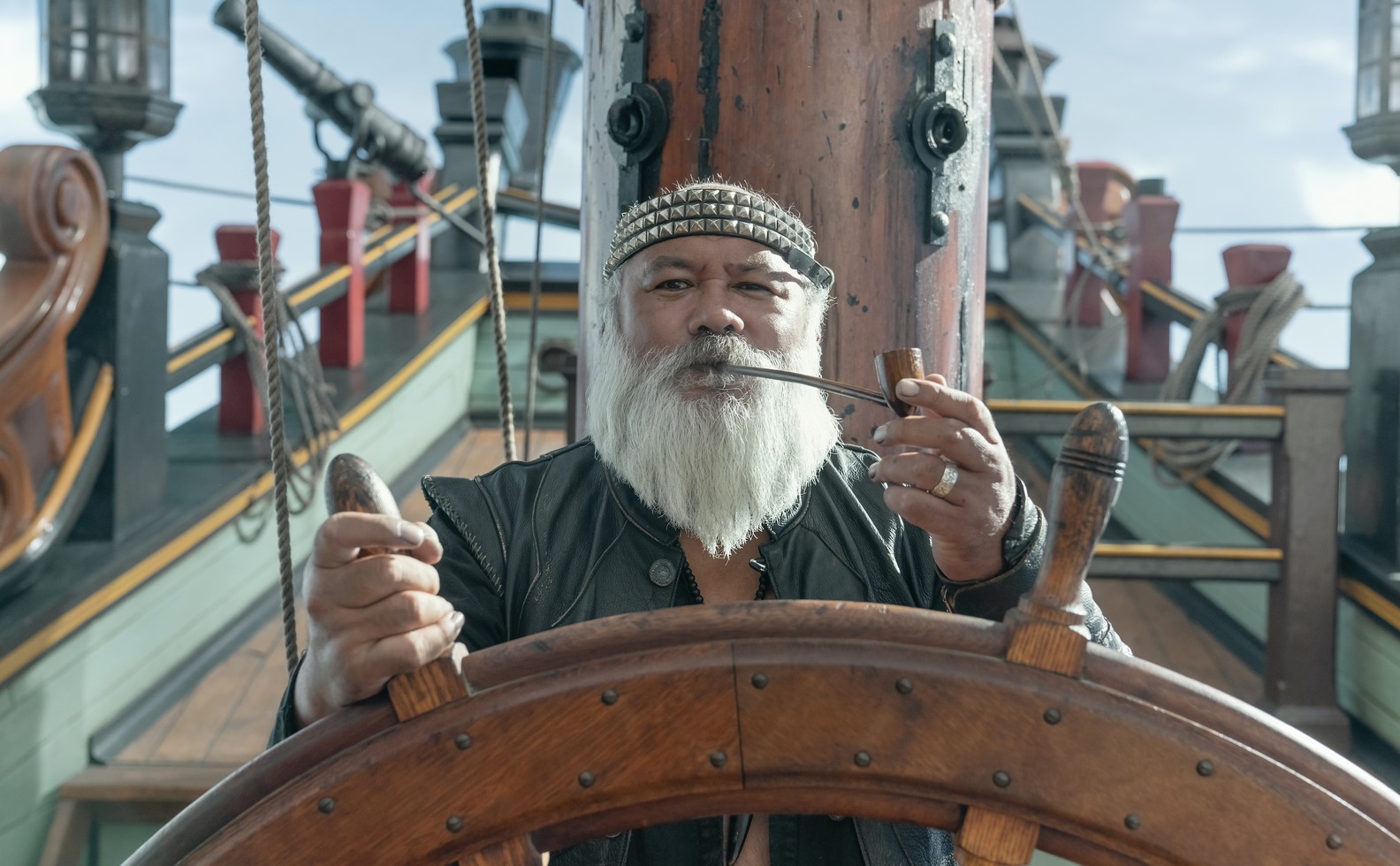 ‘Our Flag Means Death’ starts as a generic spoof show about the golden age of piracy, but as the series progresses, it becomes something unique and extraordinary. Well-made spoofs have always been in-style. The HBO Max series works within the parameter of the genre and still manages to introduce certain elements that subvert the said genre’s common tropes.

For example, the show uses same-sex romance — which has a predominantly negative connotation in the genre — in a positive manner. The plot involving the relationship in question even emerges as the main narrative by the end of the first season. Here is everything you need to know about it. SPOILERS AHEAD.

In episode 9, titled ‘Act of Grace,’ Chauncey interrogates the crew of the Revenge about the murder of his twin brother. Blackbeard (Taika Waititi) tries to claim that he was the one who murdered Nigel, but Chauncey doesn’t believe it. Stede’s (Rhys Darby) journal is found, and the entries in it — though preposterous and exaggerated — do offer some versions of the truth. Eventually, convinced that he has only caused suffering and death in his attempt to escape from his boring life, Stede confesses to murdering Nigel.

Both he and Blackbeard are supposed to be put in front of the firing squad, but Izzy convinces Chauncey to release his captain to his custody. Just when Stede is about to be executed, Blackbeard invokes the Act of Grace, a proclamation issued by King George that declares that he will pardon any pirate who forsakes their life of crime and fights for the British crown in its war against Spain. Realizing that the man he believes has murdered his brother is now out of his clutches, Chauncey has a mental breakdown and is arrested by his own officers.

Stede and Blackbeard are subsequently sent to the Royal Privateering Academy for Wayward Seamen. There, Blackbeard further embraces the “Ed” part of his personality. The two men grow closer, and then, one day, while sitting on the beach, they share a kiss. Blackbeard comes up with a plan that involves running away from the academy and traveling to China. Stede even agrees to it.

However, on the night they are supposed to escape, Chauncey comes to confront Stede and accidentally kills himself. Stede’s family has been on his mind for a while now. After Chauncey’s death, Stede re-evaluates his life and decides to go back to his family. Meanwhile, a heartbroken Blackbeard returns to the Revenge and becomes his old self.

In episode 10, titled ‘Wherever You Go, There You Are,’ he even throws Lucius off the ship, presumably killing him. He cuts off Izzy’s pinky toe and makes him eat it as a warning. He then imprisons Jim and makes Frenchie work for him. Blackbeard also leaves the rest of the crew of the Revenge on a tiny island. Elsewhere, Stede’s sudden return isn’t received well by his family. His children don’t recognize him, and Mary seems to have moved on. She has joined a society of widows and found friends there. She has also discovered a love for painting. Mary is even in a relationship with her art instructor, Doug.

Our Flag Means Death Ending: Why Does Mary Try to Kill Stede? Why Does Stede Fake His Death?

Stede’s sudden reappearance sends Mary’s life out of control. On the advice of a friend, she even tries to kill him by jamming a skewer into his ear. Fortunately for Stede, he wakes up in time and stops her. At the academy, Stede learns that he has been declared dead. In his absence, Mary has built a life for herself and her two children, and her husband no longer has a place in it.

When Stede left his family behind to become a pirate, it definitely hurt Mary, but she has evolved beyond that pain. She now knows that Stede was ultimately right when he said that they both deserve love in their lives. After his disappearance, she has found it with Doug. That, along with her sense of independence, gets inadvertently taken away by Stede.

After surviving her attempt to kill him, Stede realizes that he needs to vanish from the lives of his family members once more — this time permanently. He ensures Mary and the children will get all his family’s wealth and then fakes his death. With this act, he not only frees his family but also gets to return to the sea. He doesn’t know yet about Blackbeard’s recent transformation but is bound to find out when he rescues his crew from the island where Blackbeard has left them.

Will Stede and Blackbeard End Up Together?

The romance between Stede and Blackbeard might have come out of the left field for some viewers, but there has been some build-up in the previous episodes, especially in episode 8. Calico Jack speaks about his past with Blackbeard and reveals to Stede that they had sex. In spoofs, innuendoes indicating a same-sex relationship are often used to generate laughter. The writers of ‘Our Flag Means Death’ have taken that trope and turned it on its head.

Stede and Blackbeard are genuine lovers. They tolerate each other’s eccentricities and encourage their unconventionality. The relationship is bound to develop further in the prospective future seasons. However, for now, they are separated. Blackbeard has gone back to his old, savage way, at least outwardly. We see him crying in a scene. So, he has managed to hold on to some of his humanity.

Historically, Blackbeard betrayed Stede, and they both ended up dying at the hands of British authorities. The violent deaths weren’t uncommon in the world of the pirates. It will be interesting to see whether the fictional versions of these two larger-than-life personalities manage to escape that fate and find a modicum of happiness together.