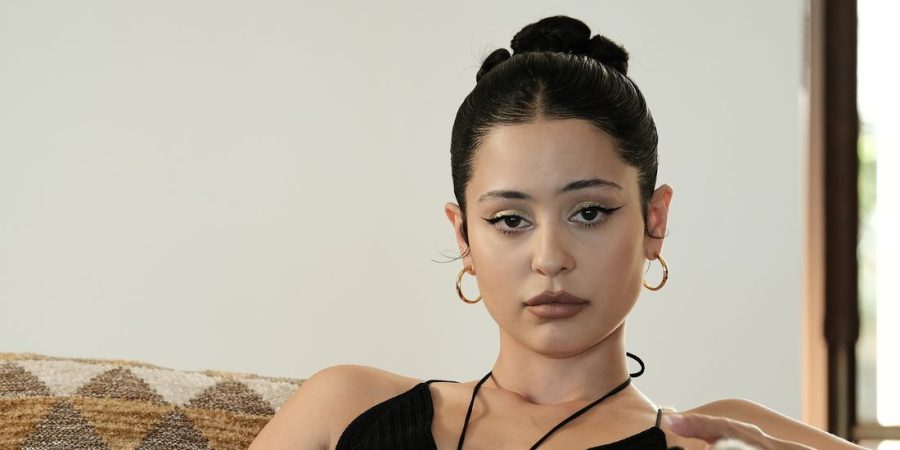 ‘Euphoria‘ season 2 has brought turmoil in the life of Maddy (Alexa Demie), who is facing an unprecedented situation. After her breakup with Nate at the end of the first season, Maddy finds herself drawn back to her ex-boyfriend. Nate has developed feelings for Maddy’s best friend, Cassie, making matters worse for Maddy. In the most recent episode, Maddy hints at her intention to move away from the madness at East Highland High. If you are wondering whether Maddy will be leaving East Highland for pastures anew and if actress Alexa Demie’s time on the show is coming to an end, here’s everything you need to know! SPOILERS AHEAD!

The seventh episode of ‘Euphoria’ season 2 sheds some light on the past and future of Madeline “Maddy” Perez. In season 1, Maddy is the on-and-off girlfriend of Nate Jacobs. The duo breaks up for good, and Maddy learns of her best friend Cassie’s hookups with Nate in the second season. Lexi’s semi-autobiographical play reveals the origin of Maddy and Cassie’s friendship. After Maddy’s parents began to fight a lot, Maddy spent most of her time at the Howard household with Cassie.

The strong bonds of friendship between the two girls are severed after Cassie hooks up with Nate, for whom Maddy still seems to harbor some romantic feelings. In the seventh episode, viewers see Maddy having a conversation with Samantha. Maddy babysits Samantha’s son, and the two have developed a friendship. In their discussion, it is hinted that Maddy is planning to leave East Highland and move away. From Maddy’s words, it is evident that she will no longer be working as a babysitter for Samantha, which further reiterates her future plans lie away from East Highland.

Maddy’s intention of leaving East Highland comes as a surprise as she has never hinted at such plans before. However, given the recent developments surrounding the character, there are various reasons why Maddy might want to move away. As a result, viewers are growing worried that such a situation could lead to actress Alexa Demie’s exit from the series. Nate’s threatening behavior to reclaim the disc and the fallout from their breakup have left Maddy in a bad mental state. Moreover, her friendship with Cassie has been effectively ruined. Therefore, it is only logical that a change of scenery could benefit the teenager. Likewise, an unforeseen situation in her parents’ life could also force Maddy to move away.

However, viewers may be misinterpreting Maddy’s conversation with Samantha, and she might be merely quitting her job and not moving away from East Highland. Maddy is still a junior so moving to a different city for college isn’t exactly on the cards. Moreover, Alexa Demie is credited as a series regular and an integral part of the show. Maddy’s ferocious personality always creates exciting conflicts, and writing the character off the show towards the end of season 2 would be an abrupt end to Maddy’s character arc. ‘Euphoria’ has been renewed for a third season, but with the recent developments surrounding Maddy, uncertainty looms over Demie’s future on the show. However, neither Demie nor the show’s makers have given any indication of the actress’ exit from the hit teen drama. Therefore, as things stand, Alexa Demie’s Maddy is still very much a part of ‘Euphoria.’

Read More: What Happened to Fezco? Does He Die in Euphoria?