Is Modern Love Mumbai Based on True Stories? 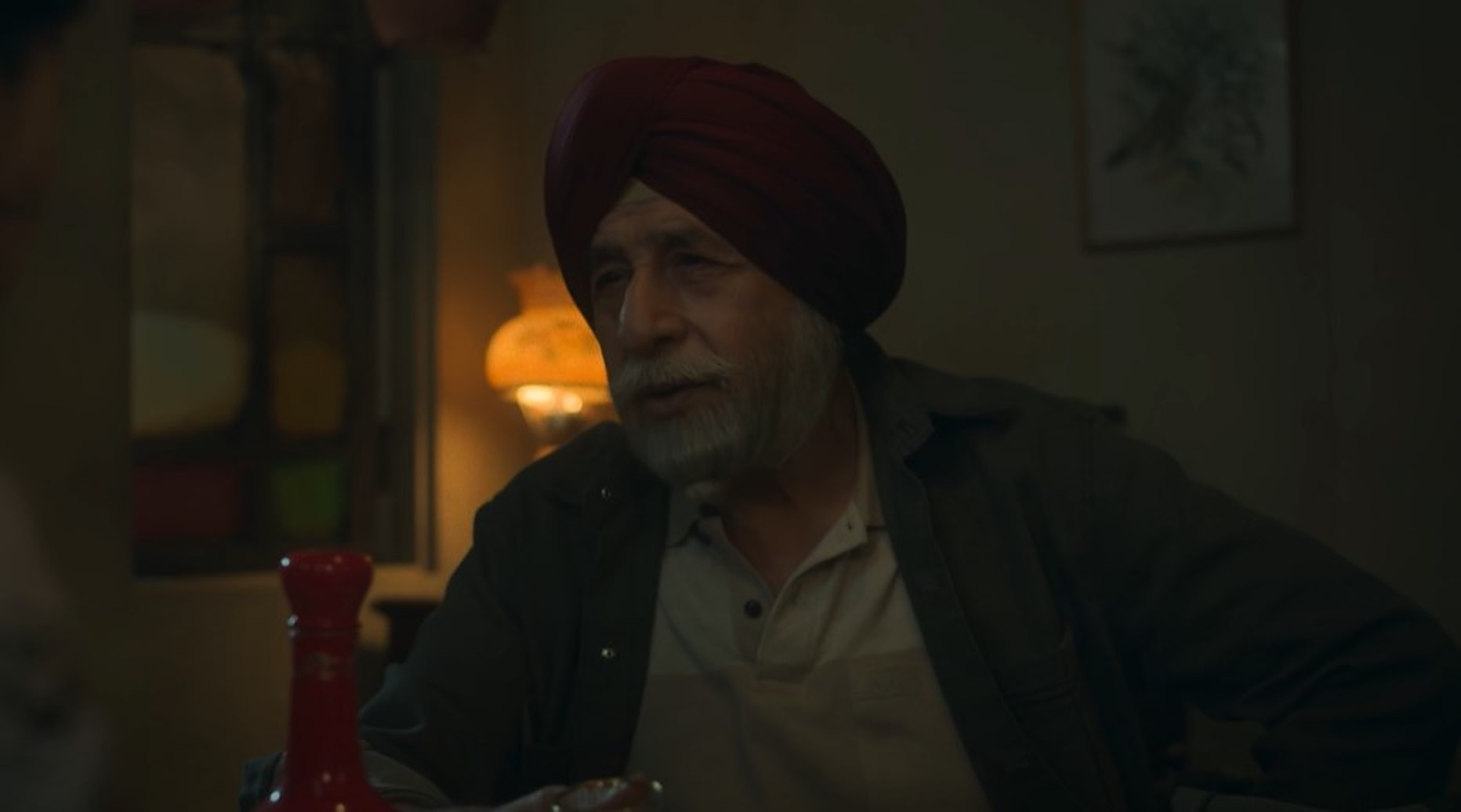 Created by Rangita and Ishita Pritish Nandy, ‘Modern Love Mumbai’ is a heartwarming anthology TV series on Amazon Prime. It is a spin-off of ‘Modern Love‘ and chronicles six love stories that take place in India’s “City of Dreams” — Mumbai. All six parts feature a stellar ensemble cast and are helmed by acclaimed directors such as Vishal Bhardwaj, Alankrita Shrivastava, Hansal Mehta, Shonali Bose, Dhruv Sehgal, and Nupur Asthana. Since the original series is based on real stories featured in the eponymous New York Times column, is ‘Modern Love Mumbai’ also based on actual incidents? Let’s find that out!

Is Modern Love Mumbai Based on True Stories?

‘Modern Love Mumbai’ is partially based on true stories. It is inspired by real events set in Mumbai and portrays a rather revamped version of anecdotes that describe love and human connection. The episodes draw from the directors’ understanding of relationships, as well as the backdrop of the city it depicts. Mumbai is a bustling metropolis where numerous cultural, religious, and socio-economic groups merge into one, and each shade of that is beautifully explored in the anthology series.

Moreover, each part showcases numerous sensitive themes such as family relationships, strained marriages, self-acceptance, grief, and cultural barriers. For instance, the episode titled ‘Baai’ delves into a gay man’s dilemma of coming out to his ailing grandmother about his sexuality. It further depicts his frustrations of growing up in a highly conservative household, that has always forced him to hide his identity.

This is an unfortunate situation that is faced by many people from the LGBTQ+ community across the world, wherein they have hesitated to reveal their sexuality to their families, for fear of not being accepted. Yet another episode of ‘Modern Love Mumbai’ is titled ‘Beautiful Wrinkles’ and shows a 60-year-old woman who unexpectedly gets attracted to a man in his twenties. However, soon she starts struggling with the grief she has suppressed for many years.

The episode not just speaks about the pain of losing a loved one and the emotional baggage it carries, but also breaks the taboo around relationships involving bigger age gaps. On the other hand, the episode ‘Mumbai Dragon’ takes a look at the lives of a Chinese immigrant family in the city. It resembles the sense of cultural displacement thousands of immigrants globally must have felt over the years when they were forced to relocate to an unfamiliar land.

While some adapt well to the new environment, some still feel unwelcomed and threatened even after several years. Not just that, immigrant communities often fear losing their culture and customs as generations progress, and ‘Mumbai Dragon’ captures that in a nuanced way. All in all, the series reiterates the fact that love need not be romantic but can have many diverse faces. This can be a person’s relationship with themselves — which often gets faded and forgotten due to obligations and duties — or also how somebody may fall in love with the surroundings they live in.

Hence, we can say that ‘Modern Love Mumbai’ is a partly fictional adaptation of miscellaneous real-life experiences, and pays a touching and realistic tribute to the fast-paced yet calm nature of Mumbai. It gives every viewer something to relate to and emphasizes the beauty of finding love and assurance amidst the chaos. It mirrors the concept of ‘Modern Love’ very well and affirms that be it in New York or Mumbai, interesting human stories can be found on every corner.

Read More: Modern Love On a Serpentine Road, With the Top Down Ending, Explained