Is Netflix’s 13: The Musical Based on a True Story? 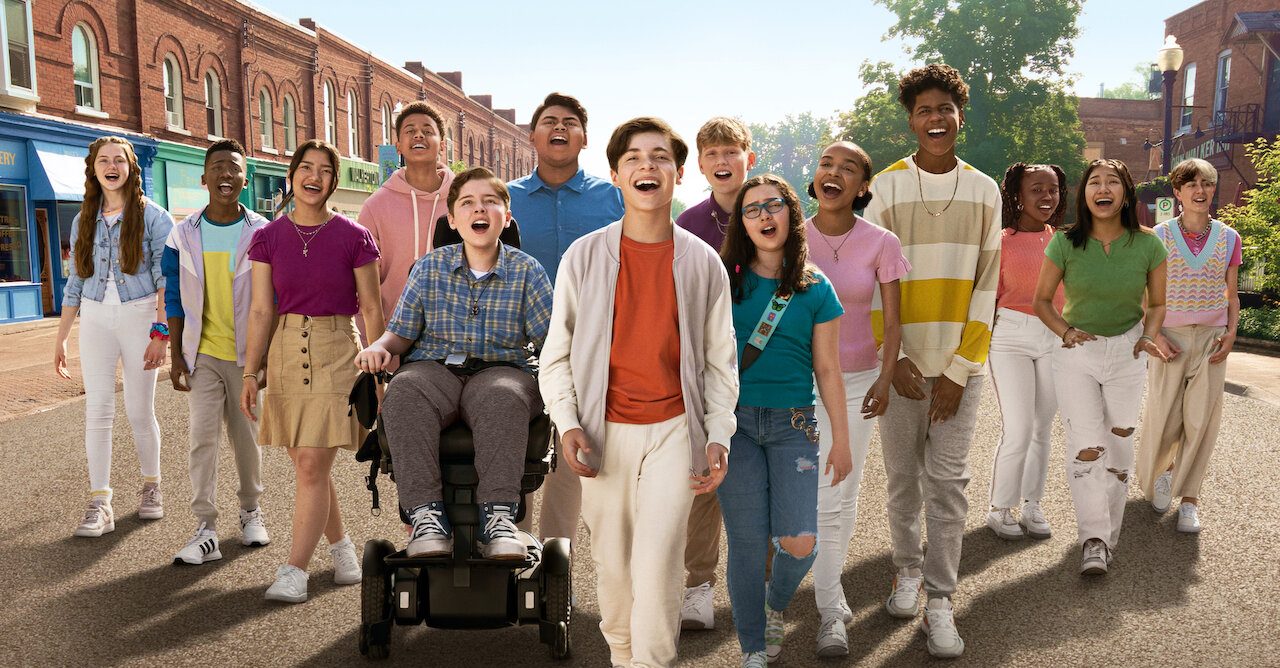 Netflix’s ‘13: The Musical’ is a coming-of-age movie musical about a 12-year-old Jewish kid named Evan Goldman who is going through a “kid-life” crisis. Following his parents’ divorce, as he has to move from New York to a small town in Indiana, Evan wonders whether his plans to throw the best bar mitzvah could be hindered. With the struggles of making new friends, adjusting to the social dynamics of the new school, and planning his bar mitzvah, Evan is faced with the social crisis of turning 13.

Directed by Tamra Davis, known for her works in ‘Grey’s Anatomy,’ ‘Dead to Me,’ and ‘High School: The Musical: The Series,’ ’13: The Musical’ is all that you’d expect it to be. The Netflix musical film stars Eli Golden as Evan Goldman, Peter Hermann and Debra Messing as his parents, Joel and Jessica, and Gabriella Uhl as his friend Patrice. The family comedy takes the viewers on a journey of the ups and downs in a pre-teen’s life. As the story depicts the excitement and pressure of turning 13, many must be wondering if the narrative is inspired by real events. Let us share the answer!

No, ’13: The Musical’ is not based on a true story. It is a movie adaptation of a majorly successful Broadway musical of the same name that ran from October 2008 to January 2009. After the success of the Broadway musical, ‘13’ was adapted into a children’s novel in 2009 by Dan Elish and Robert Horn. Interestingly, Horn also penned the screenplay of the Netflix production. Talking about his experience working on the film, Horn told Netflix, “To have the chance to reexamine this heartfelt and funny coming-of-age story for a contemporary audience was an exciting prospect.”

Horn added, “But also it’s so weird to adapt it for the screen because, unlike on stage, you don’t hear the audience laughing! They’re at home!” One of the changes made to the original Broadway script in the movie adaptation is the addition of adults. While the broadway production takes pride in being the only one with an all-teenage cast and band, the movie includes adults in the cast, setting up a broader lens to view Evan’s journey.

None of the original cast members are a part of the movie adaptation, but just like the musical, the movie stars 13 young actors who lend their voices and sing to Jason Robert Brown’s score. Horn expressed his appreciation at the cast, saying, “It was also fun to watch a whole new batch of exciting young talent inhabit these roles, to explore new plot points and comedy, and to hear new songs. It was one of the best reworkings I ever got to rework!”

Defining the heart of the narrative — that has remained constant throughout the adaptations — Horn said, “A story about that precarious moment when you’re not quite a little kid and you’re not quite a teenager, a story about how we learn to take responsibility for who we are, a story about becoming something different and trying to control it.” With bright colors, touching songs, and high spirits, ’13: The Musical’ showcases the world through Evan’s lens and makes one feel the excitement of turning 13.

In a conversation with Broadway Direct, Eli Golden, who plays Evan, talked about landing the role after a lengthy audition process that started in November 2020. He revealed that he initially didn’t want to take the role. Eli said, “It was just after I got off, like, a pretty tough loss. I was having a lot of trouble portraying my best acting.” When asked about the duet song “It Would Be Funny,” that Evan and his mom (Debra Messing) share, Eli expressed, “The best part about doing that was the intimate connection. There were some moments where I was like, ‘Oh, this is not acting. This is just coming off the cuff.’”

Eli added, “That was a really special moment to film with Debra.” Adding to it, Messing said, “To be asked to be a part of this — where adults were being welcomed in where they never had before — really felt like a privilege.” Talking about how the movie serves as a throwback to her childhood, she added, “There aren’t many movies about Jewish families and Jewish culture. So I love the fact that over the course of the movie, [the community and audience] is taught about the Jewish culture. It’s celebrated and it’s seen at the end, which I thought was really, really special.”

Just like Messing, several other characters could relate to their respective characters. Jonathan Lengel, who plays Archie, said, “I’m really relatable to [Archie]. We’re very similar people. Archie is a very funny and confident guy and he knows what he wants and he’s very sure of himself. That resonated with me a lot.” Similarly, Gabriella Uhl, who plays Evan’s first friend Patrice, stated she wants the audience to perceive her character as “inspirational, because she doesn’t let any social challenges get in the way of what she really believes in.”

Evan’s struggle to face big changes in his life during his pre-teen years is something everyone can relate to. While planning the most significant moment of his life, as Evan goes through the dilemma of choosing between fitting in with the popular kids or having a bar mitzvah, the movie takes you back to your pre-teen years. It splendidly explores the anxiety and excitement of adolescence at the crucial age of 13. Although the characters and the story are not based on people and events from real life, ’13: The Musical’ deftly portrays the relatable struggles of coming-of-age teens.

Read More: Where Was Netflix’s 13 The Musical Filmed?