Is Netflix’s 7 Women and a Murder Based on a True Story? 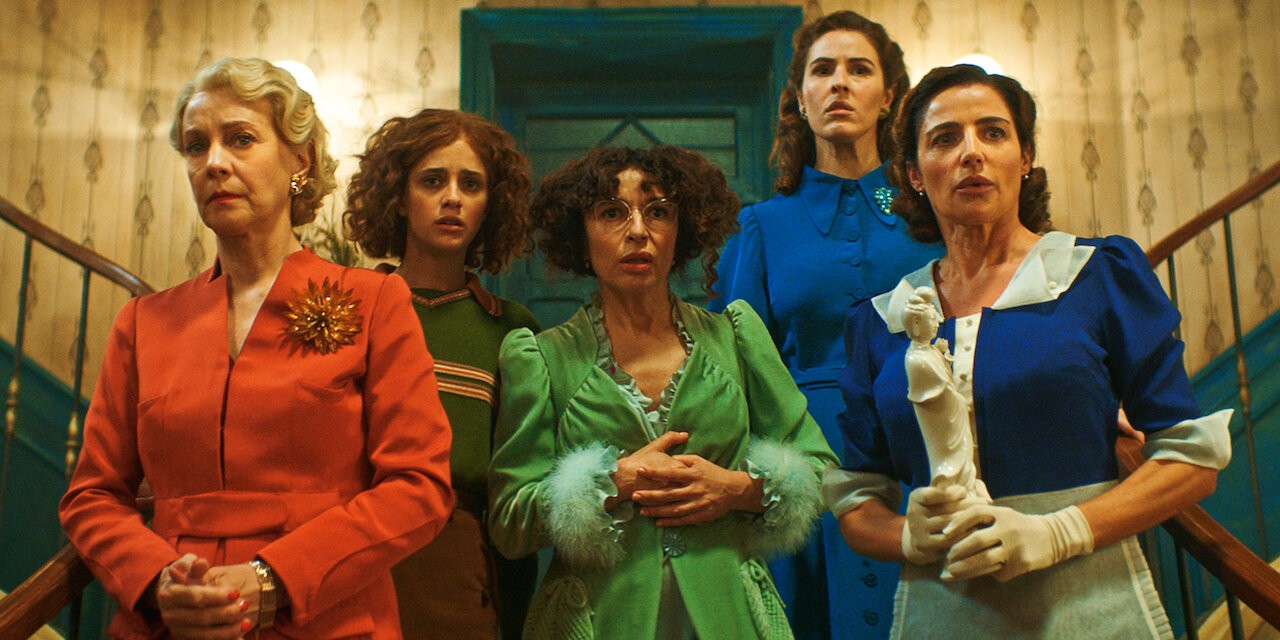 Netflix’s ‘7 Women and a Murder’ (also known as ‘7 Donne e un Mistero’) is an Italian film directed by Alessandro Genovesi. The murder mystery movie is set inside a luxurious mansion and follows seven as they deal with the death of their family patriarch. As the narrative progresses, viewers learn more about the woman, their motivations, and their potential involvement in the murder of their patriarch. If you watched the movie and the confusing trial of clues and suspense felt all too real, you must be wondering if actual events inspire the narrative. In that case, here is everything you need to know about the inspiration behind ‘7 Women and a Murder.’

Is 7 Women and a Murder a True Story?

No, ‘7 Women and a Murder’ is not based on a true story. The film is a remake of director François Ozon’s 2002 dark comedy film ‘8 Women’ (known as ‘8 Femmes’ in French). Ozon’s film is based on Robert Thomas’ 1958 French play ‘Huit Femmes.’ Ozon adapted the play into a screenplay with Marina de Van. Initially, Ozon wanted to remake George Cukor’s 1939 film ‘The Women.’ However, legal obstacles prevented the director from making an official adaptation, and he chose to make a film based on Thomas’ play instead. 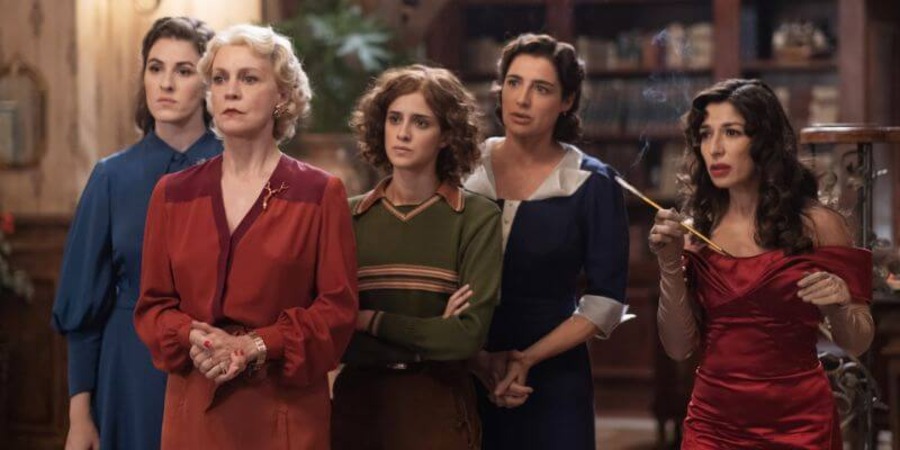 The original play is a fictional story about eight women who are involved in the murder of the patriarch of the house where they have assembled at a house. Thomas combined his penchant for psychological thrillers with comedy in the play, making it successful in France. For his 2002 adaptation, Ozon retained the original play’s theatrical feel by using music and quirky dialog in farcical and melodramatic situations. However, he was primarily inspired by the works of directors such as Douglas Sirk, Vincente Minnelli, and Alfred Hitchcock. Nonetheless, it maintains themes such as murder, greed, adultery, and homosexuality from the original story.

Director Alessandro Genovesi’s 2022 film is loosely inspired by Ozon’s film and, in turn, Thomas’ stage play. However, one major difference between the source material and Genovesi’s adaptation is that the latter only focuses on seven women. The film reduces one principal character to streamline the narrative and increases the drama in the story. Compared to Ozon’s adaptation, the new iteration also does not feature musical numbers.

At a press conference, Genovesi’s discussed the differences between his adaptation of Thomas’ play and Ozon’s 2002 movie. The director explained that the musical elements in the French film were Ozon’s take on the source material presented as a story about envy. However, Genovesi’s itertation does not hold on to that sentiment.

Instead, the director’s adaptation is rooted in Italian culture and is a chamber thriller set in a singular location and full of suspense and drama. Genovesi noted that the women in his film do not wage war against each other and remain connected to each other despite trying to solve a murder mystery. As a result, their hidden secrets carry more weight and portray their motivations in a sympathetic light.

Ultimately, ‘7 Women and a Murder’ is a story of a group of women linked together by a grisly murder and separated by their secrets. It is filled with comedic moments and suspense, making the movie reminiscent of murder mysteries from the 1930s to the 1950s. Despite making several small changes, the film remains faithful to the spirit of the 2002 French film ‘8 Women’ and Robert Thomas’ stage play ‘Huit Femmes.’ However, it is a fictional story and does not bear any resemblance to reality.

Read More: Where Was Netflix’s 7 Women and a Murder Filmed?