Is Netflix’s Lady Chatterley’s Lover Based on a True Story? 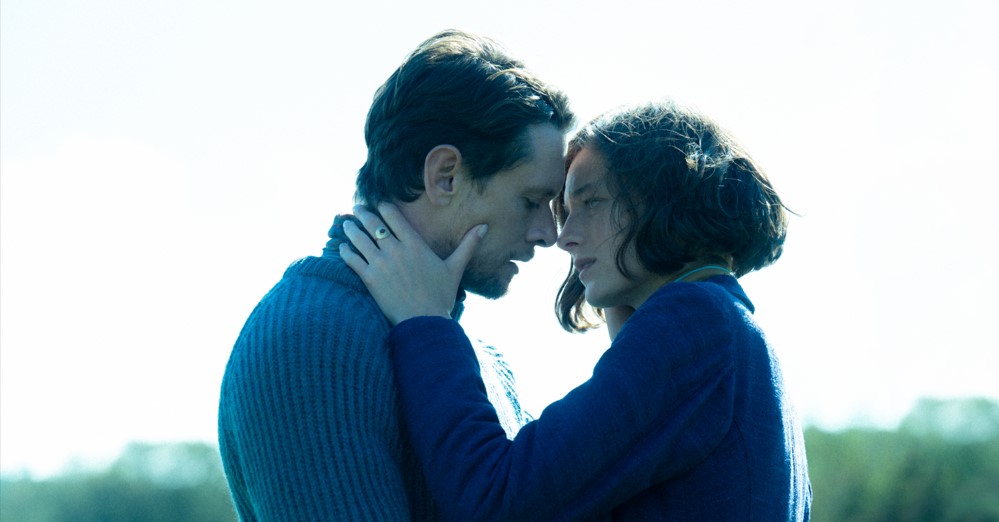 Netflix’s ‘Lady Chatterley’s Lover’ is a period romance drama set in England post World War I. Directed by Laure de Clermont-Tonnerre, the film follows Constance Reid as she marries Clifford Chatterley, a young aristocrat, one day before he goes to war. But after the war, things aren’t the same when the couple moves to Clifford’s family estate. Soon, Constance, now Lady Chatterley, falls out of love with her husband and begins an affair with Oliver, the estate’s gamekeeper.

‘Lady Chatterley’s Lover’ touches upon subjects such as classism, patriarchy, and industrialization. In real life, these subjects were prevalent in England after the first World War. In addition, the movie’s backdrop and the characters carry a certain amount of authenticity, which makes us wonder if ‘Lady Chatterley’s Lover’ is based on a true story. Well, let us find out, shall we?

Lady Chatterley’s Lover is Based on a Book

‘Lady Chatterley’s Lover’ is based on the eponymous book by D. H. Lawrence. David Magee adapted the novel into a script for the Laure de Clermont-Tonnerre directorial. In an interview with Salon, the director described the importance of female sexuality and how significant it is to celebrate it. She said, “This is about a woman who takes ownership of her body and that is something that is still very problematic for a lot of people. There is such a modern, avant-garde message from D. H. Lawrence about sexuality in general, that it is very pure and beautiful, not shameful, or dirty. He is celebrating sexuality.”

Laure also mentioned how there are still political conflicts about women taking control of their bodies, and through the movie, she wants to communicate that women should be able to do it. While the film is based on the book, the book itself seems inspired by the real life of D. H. Lawrence’s wife, Frieda von Richthofen. Author Annabel Abbs mentions this in her book ‘Frieda: A Novel of the Real Lady Chatterley.’ Both Frieda and Connie are aristocrats who married upper-class men. Later, both women fall out of love and start an affair with a lower-class man.

Frieda left Ernest Weekley and began an affair with D. H. Lawrence, a coal miner’s son. Connie goes on a similar path and sleeps with the gamekeeper, Oliver Mellors. In these ways, the real person and the fictional character seem analogous. Some critics reportedly have a second school of thought, wherein the real person behind the character is Ottoline Morrell. Ottoline hosted numerous parties for well-established writers, and one among them was D. H. Lawrence.

Lawrence and other authors knew about Ottoline’s connections and also the several affairs she had with men. One such encounter involved a mason, Tiger, who worked on her garden statues. The author used Ottoline and the incident as an inspiration for his novel, ‘Lady Chatterley’s Lover.’ Besides this, the D. H. Lawrence book has a fascinating history. The author wrote three drafts of the book titled ‘The First Lady Chatterley,’ ‘John Thomas and Lady Jane,’ and ‘Lady Chatterley’s Lover.’

The author first published a limited edition version in Florence and Paris in 1928 and 1929, respectively. Following this, he published a self-censored version in 1932 in England. Only after over 25 years, D. H. Lawrence published the completely uncensored version in 1959 and 1960 in New York City and England. The final published work was banned in the USA and England due to the detailed descriptions of scenes involving sexual intercourse. Furthermore, the Penguin publishing company went to trial for publishing a book against the Obscene Publications Act of 1959 in England.

However, Penguin was acquitted of any wrongdoings. Today, ‘Lady Chatterley’s Lover’ is lauded for its authentic depiction of the physical bond between men and women. Moreover, the novel is one of the few works in history that portrays female sexual desire. Above and beyond exploring female sexuality, the movie and the book explore how industrialization can ruin humanity. Thus to reiterate, ‘Lady Chatterley’s Lover’ is based on the eponymous novel by D. H. Lawrence, who is inspired by real-life themes and is likely inspired by his wife.