Where Was Lady Chatterley’s Lover Filmed? 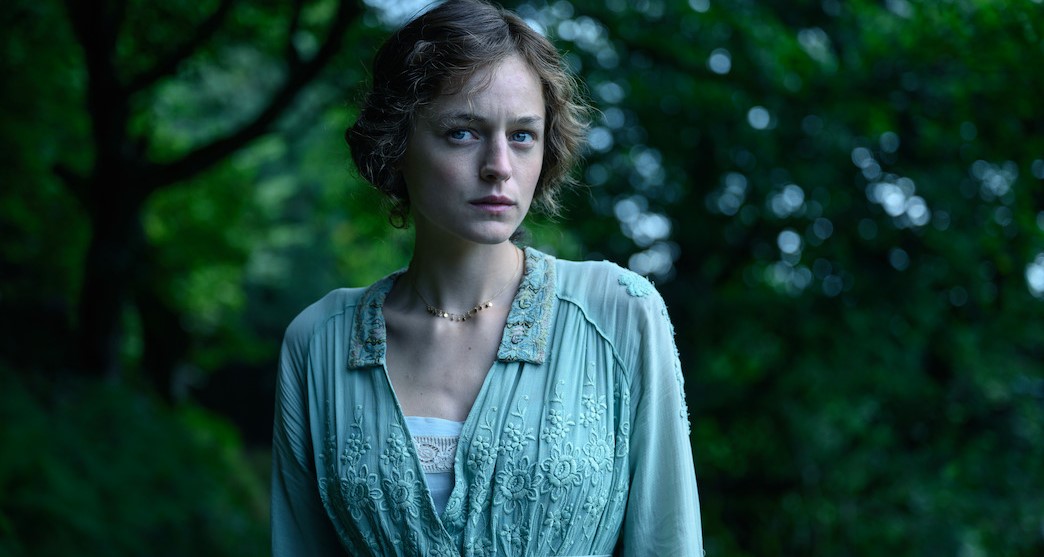 Based on the eponymous novel by D. H. Lawrence, Netflix’s ‘Lady Chatterley’s Lover’ is a period romantic drama movie directed by Laure de Clermont-Tonnerre that follows the life of Constance ‘Connie’ Reid, a woman born in a wealthy and privileged family who marries Sir Clifford Chatterley and takes the title of Lady Chatterley. Despite being an ideal marriage, Connie falls out of love with him when he returns from the war with fatal injuries that restrict him from walking. Meanwhile, she crosses paths with the gamekeeper named Oliver Mellors on their estate and soon indulges in a steamy affair with him.

When the two lovers become the talk of the town, Connie must make a decision — to follow her heart or the norms of Edwardian society. The sensual narrative is made all the more entertaining by the brilliant onscreen performances from a talented ensemble cast, comprising Emma Corrin, Jack O’Connell, Matthew Duckett, and Joely Richardson. Moreover, the setting of the Edwardian era against the backdrop of the massive estate makes one wonder where ‘Lady Chatterley’s Lover’ was actually shot. Well, you are at the right place because we have gathered all the necessary information about the same!

‘Lady Chatterley’s Lover’ was filmed in Wales, England, and Italy, particularly in Wrexham County Borough, Powys, Gwynedd, London, and Venice. As per reports, the principal photography for the infidelity film reportedly commenced in late August 2021 and wrapped up in November of the same year. Now, without wasting any time, let’s navigate all the specific sites that appear in the Netflix movie!

Many pivotal sequences for ‘Lady Chatterley’s Lover’ were lensed in Wrexham County Borough, situated in Wales’ northeast region. To be specific, the Brynkinalt Hall near Chirk in the Welsh county borough stood in for the beautiful Chatterley mansion in the film. While many scenes were shot inside the historic estate, several key portions were also recorded on the grounds of the mansion, which straddle the England-Wales border. Established in 1612, some part of Brynkinalt Hall also extends into Shropshire, which seemingly served as a pivotal production location.

Other Locations in Wales

Additional portions for ‘Lady Chatterley’s Lover’ were taped in several other locations around Wales, including the preserved county of Powys. In September 2021, the cast and crew members were spotted taping a portion of the film, with some scenes involving a 1920s car, near the northern section of Lake Vyrnwy and the main dam along the river.

The market town of Llanfyllin in Montgomeryshire, Powys, was also seemingly utilized to tape a few sequences. Besides that, the production team also set up camp in and around Snowdonia National Park or Eryri in Penrhyndeudraeth, Gwynedd, for shooting purposes. The extensive mountainous region is the oldest and biggest National Park in Wales.

As per reports, some important sequences for ‘Lady Chatterley’s Lover’ were also recorded in London, the capital and largest city of England as well as the United Kingdom. Apart from this period drama film, the city has served as a key production location for a number of movies and TV shows. Some of them are ‘Enola Holmes 2,’ ‘Love Actually,’ ‘The Sandman,’ and ‘Ted Lasso.’

In order to finish up shooting for ‘Lady Chatterley’s Lover,’ the filming unit traveled all the way to Venice, the capital of Italy’s Veneto region, and lensed some pivotal portions on location. In particular, they utilized the locales around Ponte dell’Accademia, one of the four bridges that span Venice’s Grand Canal.