Is on Scrooged on Netflix, HBO Max, Hulu, or Prime? 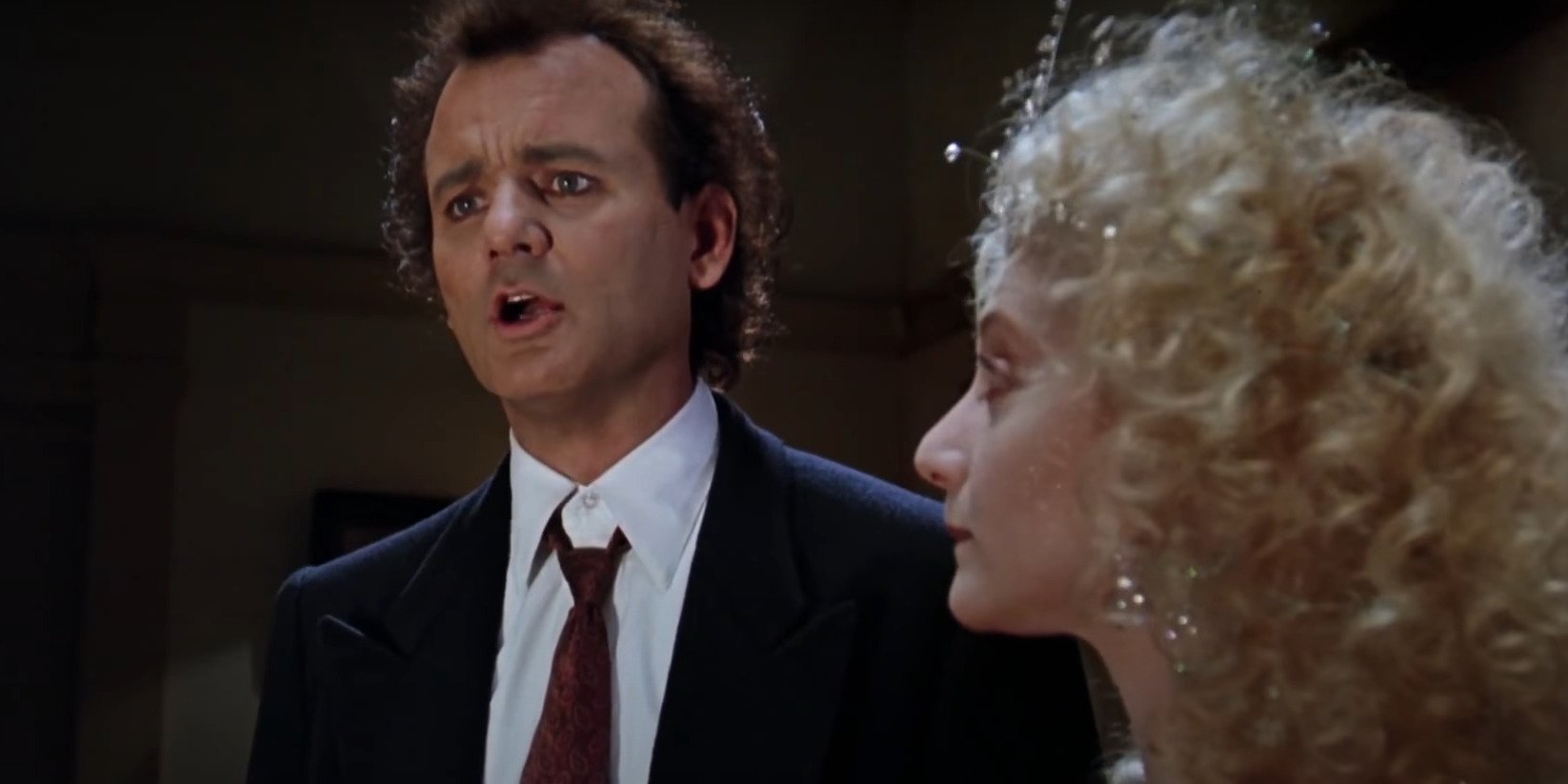 Directed by Richard Donner, ‘Scrooged’ (1988) is a Christmas fantasy movie starring Bill Murray, Karen Allen, and John Forsythe, among several others. The comedy film is a holiday season regular for many viewers and is a modern retelling of the acclaimed novel ‘A Christmas Carol’ by Charles Dickens.

The storyline revolves around a cynical TV producer, who realizes the true meaning of Christmas after having not one, but three supernatural encounters. ‘Scrooged’ also features in several best Christmas movie lists, and in case you too wish to enjoy it, we’ve got all that you want to know right here!

What is Scrooged About?

‘Scrooged’ follows TV network President Frank Cross, who is a selfish and money-minded person making his staff work throughout the holidays. The night before his channel is about to telecast ‘A Christmas Carol’ on Christmas Eve, Frank is visited by the ghost of his late former boss, who forewarns him of a lonely fate if he doesn’t change his ways.

When Frank doesn’t pay heed to him, three more ghosts visit him consecutively on the next three days. The spirits represent Frank’s past, present, and future, respectively, and show him the repercussions of his behavior in those periods. This makes Frank reflect upon his actions, and he finally decides to turn over a new leaf. The movie not just gives a few good laughs but also highlights the importance of kindness on Christmas. Now here’s how you can watch this fun classic!

Is Scrooged on Netflix?

Currently, ‘Scrooged’ is not included in the streaming service’s vast library of movies and TV shows. However, viewers can choose to watch other Christmas movies like ‘David and the Elves‘ and ‘Klaus.’ You may also enjoy watching the Bill Murray Netflix special ‘A Very Murray Christmas.’

Is Scrooged on Hulu?

Sadly, ‘Scrooged’ is not on Hulu either. Thus, subscribers will have to look for other platforms to stream the movie. Nevertheless, Hulu does have a wide array of alternatives to watch such as ‘So This Is Christmas‘ and ‘The Man Who Invented Christmas.’ The latter film is based on the life of Charles Dickens himself.

Is Scrooged on Amazon Prime Video?

Yes, viewers can buy or rent the movie on Amazon Prime Video right here. Though Amazon Prime Video has numerous free movie and TV show titles in its collection, ‘Scrooged’ can’t be streamed for free on this platform. So, if you are looking for movies in the Christmas fantasy category that are available to watch without any charges on the streaming service, we recommend ‘A Christmas Carol‘ and ‘The Legend of the Christmas Witch.’

Is Scrooged on HBO Max?

‘Scrooged’ is not available to watch on HBO Max as well, but subscribers can enjoy many other engaging Christmas movies like ‘The Polar Express‘ and ‘A Christmas Story.’

Is Scrooged on Disney+?

Disney+ is the home of all the greatest fantasy movies, but unfortunately, ‘Scrooged’ is not included in them. However, the streaming service does offer other exciting holiday movies such as the Christmas fantasies ‘One Magic Christmas‘ and ‘Tim Burton’s The Nightmare Before Christmas.’

Where to Watch Scrooged Online?

Luckily, Scrooged can be viewed via subscriptions on FuboTV and PhiloTV. The film is also available on streaming platforms such as YouTube, Google Play, iTunes, Vudu, Microsoft Store, AMC Theatres, and DirecTV.

How to Stream Scrooged For Free?

As mentioned above, the movie is also available on FuboTV and Philo. Therefore, first-time subscribers can stream the movie without any extra charges with the free 7-day trial offer. However, we do recommend our readers pay for the content they consume.