Is Peacemaker on Netflix, HBO Max, Hulu, or Prime? 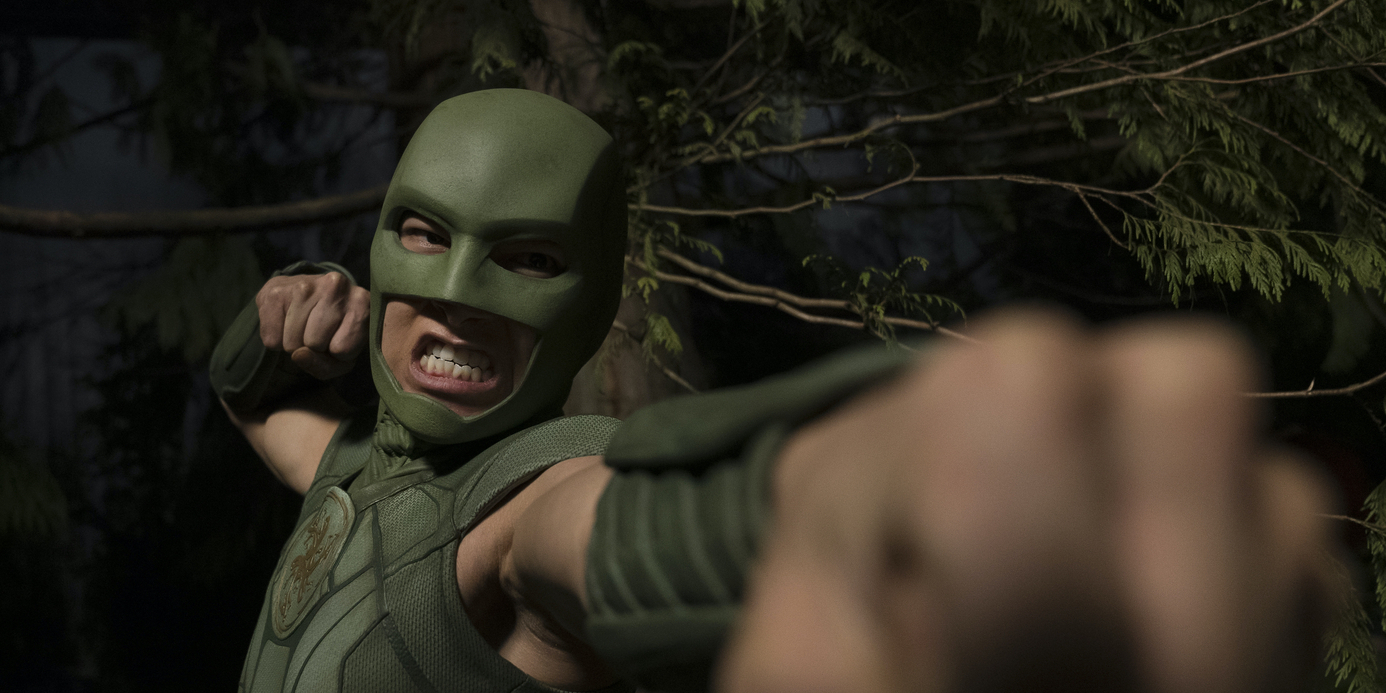 ‘Peacemaker’ is a superhero TV show starring John Cena, Danielle Brooks, Freddie Stroma, Steve Agee, Robert Patrick, Jennifer Holland, and Chukwudi Iwuji. Based on the titular DC Comics character, the action-comedy show is a spin-off of the 2021 film ‘The Suicide Squad.’ Created by James Gunn, the show has caught the attention of critics due to Cena’s portrayal of the title character and its fun and interesting take on vigilantism. Are you curious to learn more about the series? We’ve got your back!

What is Peacemaker About?

‘Peacemaker’ picks up after the events of ‘The Suicide Squad.’ In the series, we see how the DC superhero Peacemaker AKA Christopher Smith comes to be who he is today. Ironically, Christopher is so determined to bring about world peace that he is willing to go to any lengths to achieve it — even if it means using force or violence. Apart from the origin story of the title character, the show takes viewers through the various adventures and missions that keep Peacemaker occupied. We are aware that you are itching to know how you can watch the show. Well, we’ve got the answer!

Is Peacemaker on Netflix?

If you were hoping to watch ‘Peacemaker’ on Netflix, you are bound to be disappointed as the show is not a part of its streaming library. But if a cocktail of action, superpowers, and comedy is what you have been craving, we recommend watching ‘Lucifer’ or ‘Thunder Force.’

Is Peacemaker on Hulu?

Unfortunately, the superhero show is not available on Hulu. However, we do have some interesting alternatives to suggest, such as ‘Marvel’s Runaways’ and ‘The Thundermans.’ Both shows are quite different in their tone but fundamentally revolve around superpowers.

Is Peacemaker on Amazon Prime Video?

You will not find ‘Peacemaker’ on Amazon Prime Video. However, if you are interested in watching something with elements of action, fantasy, and comedy, you may enjoy ‘The Boys’ and ‘Good Omens.’

Is Peacemaker on HBO Max?

HBO Max subscribers will be happy to know that ‘Peacemaker’ is available on the streamer. Starting January 13, 2022, you can watch the show right here!

Where to Watch Peacemaker Online?

Since ‘Peacemaker’ is an HBO Max original, the show is available in the USA only on the streaming service. However, Canadian fans can watch the show on Crave.

How to Stream Peacemaker for Free?

Unfortunately, HBO Max does not offer free trials. However, you can purchase a subscription for as low as $9.99 to access impressive content on its streaming library. On the other hand, viewers in Canada can take advantage of Crave’s 7-day free trial for its first-time subscribers, which will allow you to watch at least three episodes free of cost. But eventually, you will need to purchase a subscription plan in order to continue watching the show. Moreover, we recommend our readers pay to watch their favorite shows instead of using illegal methods of accessing content online.