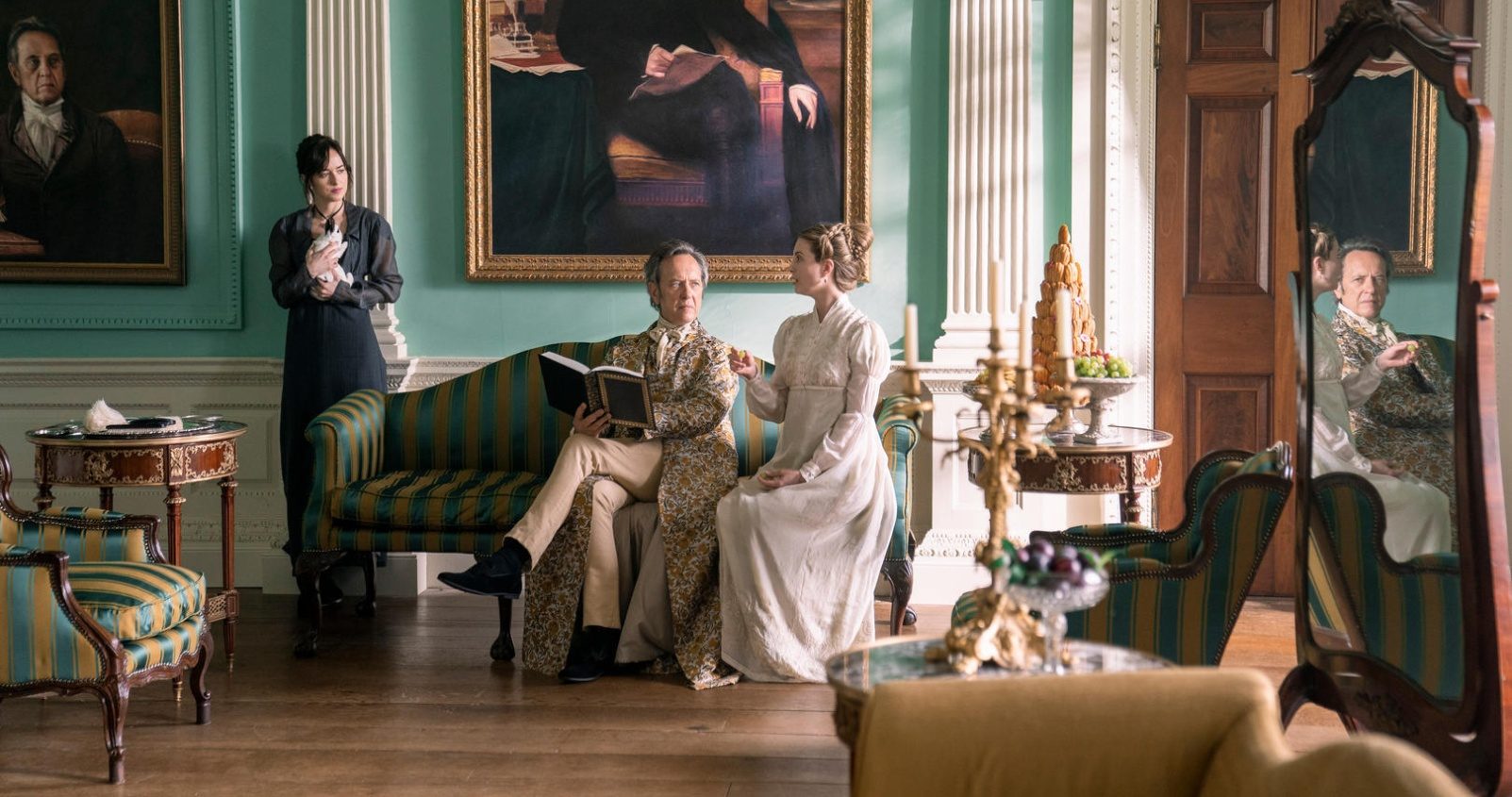 Based on Jane Austen’s eponymous novel, Netflix’s period film ‘Persuasion’ follows Anne Elliot, who encounters her former lover Captain Frederick Wentworth after a separation of eight years. Anne and Wentworth’s meeting affects their lives and fates considerably as their feelings for each other get reignited. The film progresses through the consequences of the meeting and the conversations that ensue. A significant portion of Anne’s storyline is set in Kellynch Hall, the family estate of the Elliots. Since Kellynch symbolizes several important aspects of the Elliots, one must be wondering whether it is a real house. Well, let us provide the answer! SPOILERS AHEAD.

Is Kellynch Hall a Real House?

No, Kellynch Hall is not a real house. Kellynch is a fictional house originally conceived by Jane Austen for her novel ‘Persuasion.’ The estate, including the house, is one of the renowned settings the writer used in her novels. The fictional estate is situated in Somersetshire, a real county located in South West England. More than a physical entity, Kellynch plays a major role in the film’s narrative as it symbolizes the opulence and misfortunes of the Elliots at the same time.

Kellynch Hall initially represents the grandiosity of the Elliots in British society. Sir Walter Elliot is a baronet whose fame has transcended his original region and his estate displays his magnificence. When he gets immersed in debts, he loses his estate first, marking the downfall of his life. Sir Elliot’s loss of Kellynch shows us how careless the barons of the time were, especially while splurging the wealth they had inherited from their previous generation.

Admiral and Mrs. Croft becoming the new tenants of Kellynch Hall offers a specific look at the changing social dynamics of the Georgian era. The admiral and his wife become able to be the tenants of an establishment as prestigious as Kellynch without being born into higher classes of British society. The wars of the time and the emergence of servicemen as a reputed group of society challenged the traditional notions of reputation and societal positions, which is evident in Admiral Croft and Mrs. Croft replacing the Elliots at the Kellynch.

Trafalgar Park, situated in Downton, in the medieval cathedral city of Salisbury, stands in for Kellynch Hall in ‘Persuasion.’ The Georgian country house was built in 1733 by Sir Peter Vandeput with the design of British architect John James. Trafalgar Park was deemed as a building of exceptional interest and included in the Grade I listed buildings by the British government for the preservation of the same. Ang Lee’s eponymous film adaptation of another Jane Austen novel ‘Sense and Sensibility,’ ‘28 Days Later,’ and ‘Amazing Grace’ are some of the films filmed in Trafalgar Park.

Read More: How is Persuasion Movie Different From the Book?