Is Pieck Dead or Alive in Attack on Titan Season 4? 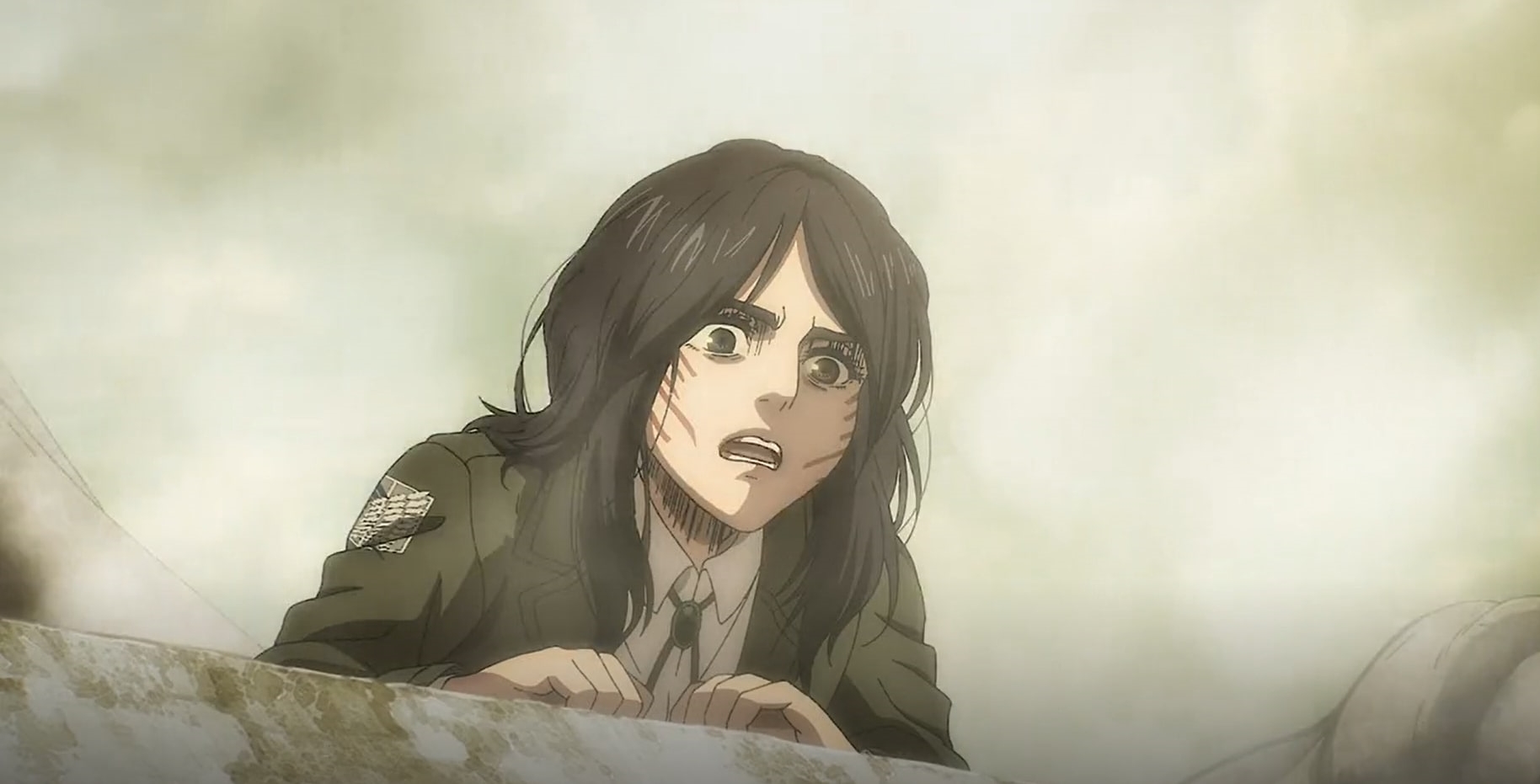 Following the attack on Liberio in which the host of the War Hammer Titan is captured and eaten by Eren, the Marleyan military suffers a double blow as the Eldians also capture Zeke. Although it is later revealed that he intended to go back to Paradis Island on his own accord, Pieck’s Cart Titan and Galliard’s Jaw Titan, accompanied by Reiner’s Armored Titan, have to shoulder all of the responsibilities of Marleyan military exploits after that.

Pieck has been on the frontlines since then, and in season 4 episode 16, she even takes the risk of pretending to collude with Eren and expose the positions of her fellow countrymen. Unfortunately, the plan only backfires as they not only fail to get the Founding Titan when Galliard’s Jaw Titan attacks Eren, but Pieck also loses her hand. It just goes on to show the kind of risks the holder of the Cart Titan has lately been taking, and ‘Attack on Titan’ season 4 episode 18 is no exception. Does Pieck survive the ruthless struggle as the Marlyeans and Eldians fight head-on? Here’s what we know. SPOILERS AHEAD.

Does Pieck Die in Attack on Titan?

No, Pieck Finger does not die in the episode titled ‘Sneak Attack.’ After the Marleyans surprise the Eldians by carrying out an unexpected attack following the destruction of Liberio, the Cart Titan, along with the Jaw and Armored Titans, know they only have one last chance to take the Founding Titan. While Galliard and Reiner go for a full-on confrontation with Eren, Pieck’s Titan is prepared from the walls to unleash the Anti-Titan Mobile Artillery with General Magath’s assistance.

The wait is not a long one for her as she becomes an active participant in the action just a few moments after the Founding Titan attacks the Jaw and Armored Titans. The combined efforts of the three soon appear to work as Eren is cornered. Unfortunately, this power imbalance does not last long for the Marleyans, who are soon attacked by Zeke’s Beast Titan. In just a few moments, he takes down Galliard, Reiner, and all the planes that were supposed to be used for their evacuation after they accomplish the mission.

It appears that all hope is lost for them as the Founding Titan slowly approaches Zeke. When the Beast Titan looks at the carcass of Pieck’s Cart Titan, he — like the Yaegerists — presumes that she has finally been killed. However, to everyone’s surprise, General Magath, who is controlling the Anti-Titan Mobile Artillery, suddenly turns the launcher towards the Beast Titan and delivers a violent blow near its nape. As the Titan falls from the top of the Wall, the Eldians feel the tension of the moment, while the Marleyans can finally see some hope for themselves.

But if Pieck’s Cart Titan was killed, why was the life of General Magath spared? Didn’t the Yaegerists know that he could be dangerous with the Anti-Titan Mobile Artillery at his disposal? It turns out that Pieck’s Titan was never killed in the first place, and she just left behind the carcass of the Titan to make it seem as though she was dead. It turned out to be critical later on as the overjoyed Yaegerists and Zeke did not see the threat that was staring right at them. An advantage of just a few moments gave Magath the time needed to carry out the aforementioned attack while Pieck, who was no longer in her Titan form, just watched the action unfold by hiding under the carcass.