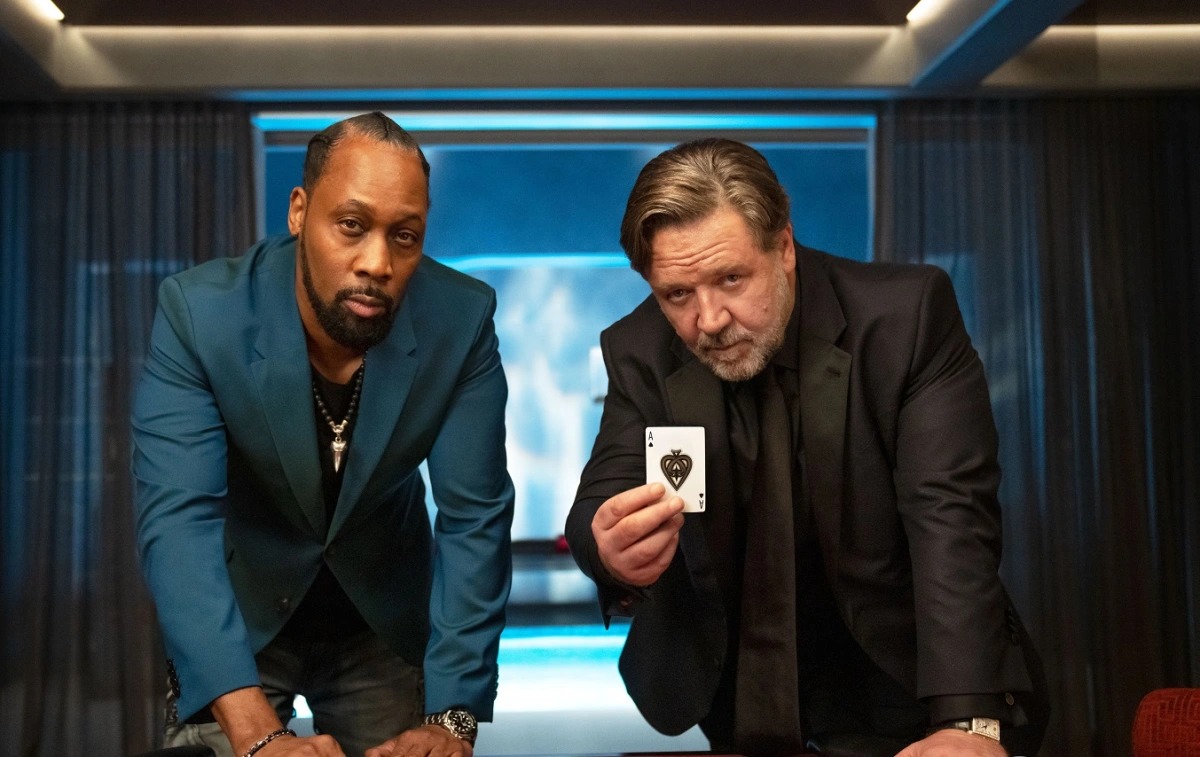 Directed by Russell Crowe, Sky Cinema’s ‘Poker Face’ is a thriller film about five childhood friends who seem to have drifted apart as adults. So Jake (Russell Crowe) hosts a high-stakes poker game at his mansion and invites his friends to play for old times’ sake. As the game night begins, the friends discover Jake’s ulterior motive, and the truth reveals itself. However, everything goes downhill when three ruthless thieves break into the house.

In the movie, Jake briefly describes his relationship with his friends and mentions how Drew is closer than the others. The two best friends set up the first online poker system where people could gamble. Drew went on to create software called RIFFLE, a military-grade surveillance system, and the two partners sold it to governments. Although RIFFLE is a minor part of the story, it piques the audience’s interest, and they wonder if RIFFLE is a real surveillance system. Well, allow us to appease your curiosity.

Is RIFFLE a Real Surveillance System?

No, RIFFLE is not a real surveillance system. While there is a company called Riffle, it is not a surveillance system but an anonymity network like TOR (The Onion Router). However, RIFFLE in ‘Poker Face’ reminds us of the real-life surveillance program PRISM used by the USA’s National Security Agency (NSA). In the movie, we see Drew describe how he used RIFFLE to gain information about his childhood friends and see what they are up to in life. He explains that the software can collect data from connected devices such as laptops, cell phones, and home security. Drew says he doesn’t know everything but enough to know that each friend is hiding something.

The film portrays how the software can get enough data about people to know that something is happening in their lives. In real-life, NSA’s PRISM can collect people’s electronic data from websites such as Google, Facebook, Microsoft, Apple, Yahoo, Skype, YouTube, and more. The information was revealed in 2013 through a series of leaked confidential slides about the PRISM program. Edward Snowden, the man behind the leak, also mentioned how the NSA collected the metadata of telephonic conversations of people across America. The metadata essentially includes information such as the time a call is placed, the time spent on the call, IMEI numbers of the phones involved, and more. In these aspects, RIFFLE in ‘Poker Face’ shares similarities with the PRISM program in real life.

In the movie, Jake hands over complete control of the software to Drew after the former passes away. However, in real life, the revelation sparked debates around anti-terrorism, privacy, and constitutional rights. In 2018, ACLU (American Civil Liberties Union) speculated that PRISM is probably collecting from more companies than before. Finally, in 2020, the US court of law deemed the act unconstitutional. Thus, although RIFFLE is not a real-life surveillance system, it does resemble the NSA’s PRISM program.