Is Rob Mahoney Based on a Real Friend of Conrad Roy? 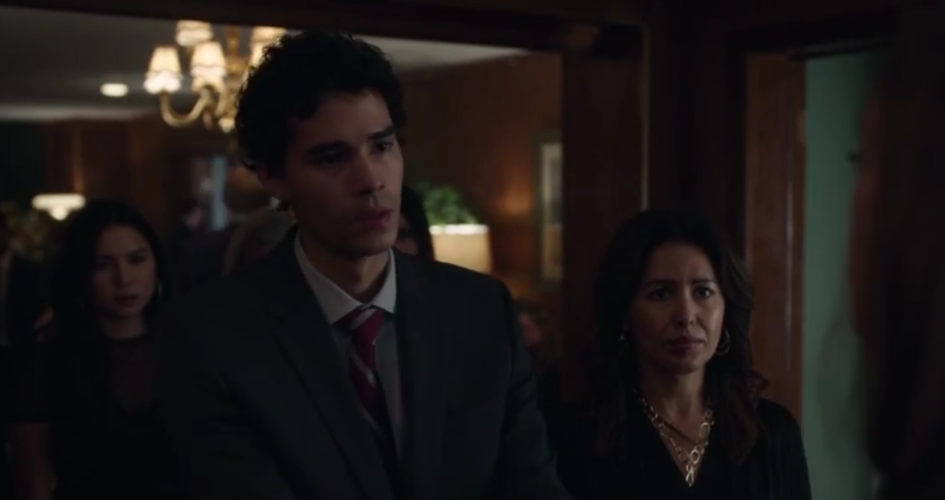 Inspired by the incredibly baffling “texting-suicide” case that shocked the nation, Hulu’s ‘The Girl from Plainville’ is a dramatization of the events leading up to the 2014 death of Conrad Roy. It thus explores everything from the 18-year-old’s mental health issues to his relationship with Michelle Carter and from their personal friendships to her conviction of involuntary manslaughter. Therefore, the one individual who grabbed our attention quite a bit was none other than Conrad’s best friend Rob Mahoney, so now, let’s figure out if he is based on an actual person or not, shall we?

Is Rob Mahoney Based on a Real Friend of Conrad Roy?

Rob Mahoney (portrayed by ‘Cherry‘ star Jeff Wahlberg) is at least partially, if not entirely, inspired by Conrad Roy’s real-life best friend, Tom Gammell. After all, a year ahead of “Coco” in school — as in Rob’s character description — Tom was attending Fitchburg State while the one he considered dearest had just graduated school when everything turned around. Moreover, it appears as if he was, in fact, the first in Conrad’s circle to deal with Michelle’s strange behavior owing to the Homers for Conrad fundraiser.

According to Tom’s testimony in court, he had questioned Michelle about the location of the baseball fundraiser — just like Rob did in the show — since it was being held in her hometown rather than Conrad’s, but she got upset. Therefore, after she texted him to “make clear that she was getting credit” for organizing the event — which ended up raising $2,300 for mental health awareness — he dropped this particular topic for good. However, we should clarify that the actual Homers for Conrad Facebook Page mentions Tom as the page/event creator, not Michelle (she is credited for the whole idea, though).

Furthermore, as per real police reports, at one point, Conrad’s best friend thought that Michelle “was kind of looking for attention” with the way she was handling the fundraiser. Then there’s also the fact that he didn’t even know about her until Conrad’s passing, so when she claimed they’d been dating on and off for almost two years, he was unsure whether it was true or not. Tom reportedly also told investigators that he “had to add” Michelle’s name as an organizer on the aforementioned Facebook Page “because it bothered her” that she wasn’t listed despite everything she was doing.

As if that wasn’t enough, once the time came for Tom’s team to take a bittersweet photo after winning the fundraising game, Michelle placed herself right in the middle of it, as depicted in the series. Coming to where the inspiration behind Rob Mahoney is now, it seems like the Massachusetts native not only continues to keep Conrad’s memories alive in his heart while still moving on with his own life, but he also stays in touch with his then-best friend’s family. He works as a community manager for a residential rental housing company in Boston and also seems to be in a happy relationship.

Read More: Is Natalie Gibson Based on a Real Friend of Michelle Carter?