Is Roger Kaplan the Watcher? Is He Based on a Real Teacher?

Michael Nouri’s character Roger Kaplan is an important supporting character in Netflix’s ‘The Watcher,’ loosely inspired by an incident in the life of the Broaddus family. Although Roger is introduced in episode 1 itself, his part in the overall narrative isn’t revealed until later in the show. He is at 657 Boulevard when Dean (Bobby Cannavale) and Nora Brannock (Naomi Watts) come to have a look at the property with their children. Dean passes him on the stairs as he climbs up while the older man climbs down.

In episode 5, while attending a luncheon, Nora learns that Pearl, one of their neighbors, also got a letter about five years ago. It was short and significantly different from what the Brannock family has been getting from the Watcher. With the help of Ellie, their daughter, and Theodora, the private detective they hired, the Brannocks find out about Roger Kapan, an English teacher and architecture enthusiast whom Nora remembers seeing at the Open House. If you are wondering whether Kaplan is the Watcher, this is what you need to know. SPOILERS AHEAD.

Is Roger Kaplan the Watcher?

Pearl mentions that five years earlier, she received a letter with a poem written in it. The poem, ‘Ode to a House,’ praises how different Pearl’s house is from the rest in the neighborhood. Later, Ellie shows her parents she has found a Facebook group called ‘An Ode to a House.’ It exclusively comprises Kaplan’s students at Westfield High School and celebrates the assignment that the group is named after. The students were tasked to find a house they loved and write a few words about it. They were told to make two copies of the note, giving one to Kaplan and leaving the second in the mailbox of the respective house for the owner. 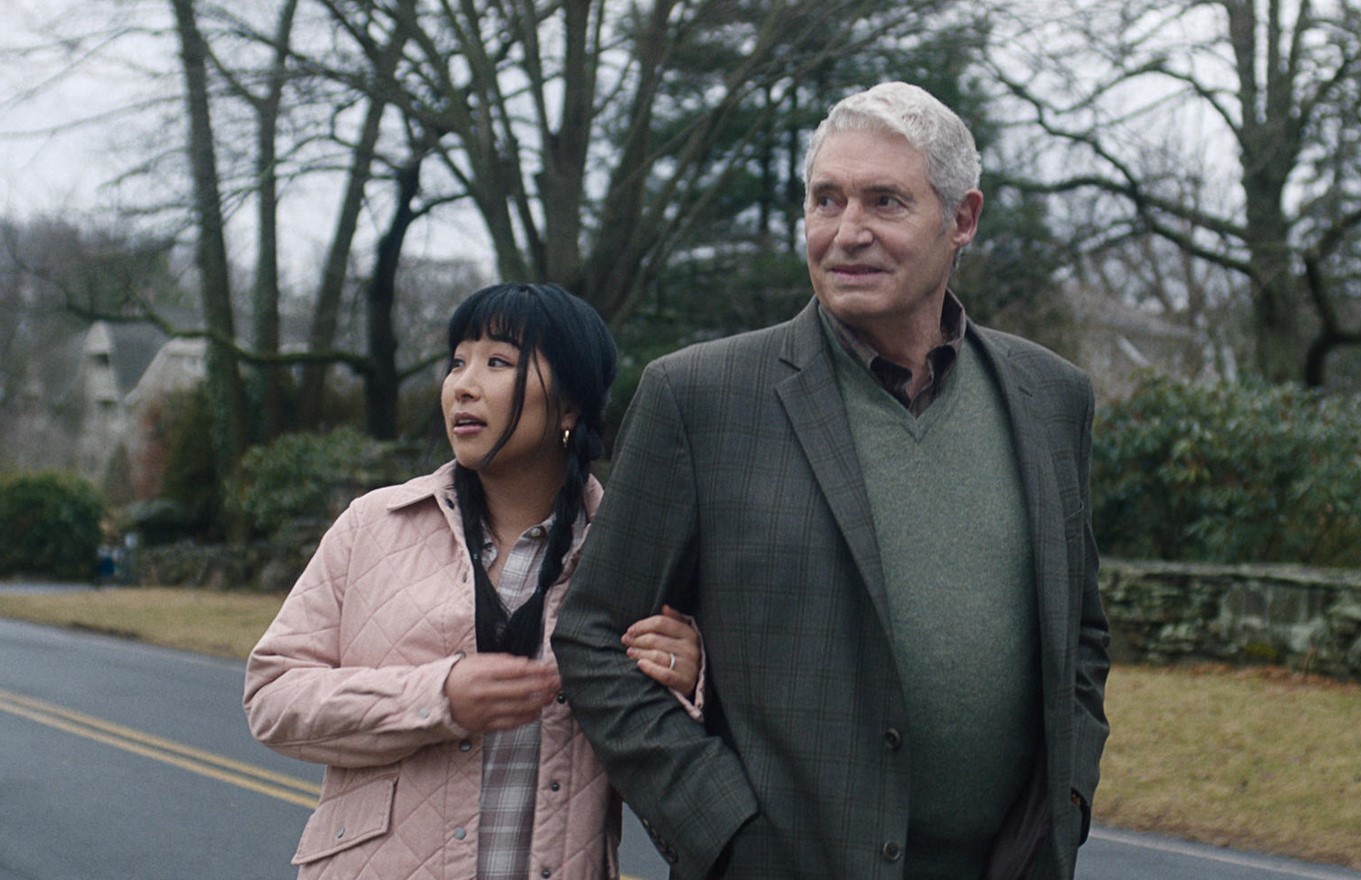 In episode 6, Dean and Nora unearth more information about it as Theodora shows an active interest in Kaplan as the possible candidate for the Watcher. Theodora goes to speak to Trish Kaplan, Roger’s ex-wife, whom he left for one of his students, Miko. Trish asserts that Roger is the Watcher, though her opinion on the subject is likely biased. Theodora also takes Dean and Nora to the house that allegedly received multiple letters from Kaplan himself over the years — 55 Oak Terrace.

The last few of those letters are increasingly dark and hostile in their content. Armed with this knowledge, Dean and Nora decide to confront Kaplan while he is out grocery shopping with Miko. 657 Boulevard once belonged to a friend of Kaplan, and he used to play there when he was a child. He claims he was at the Open House that day because his friend had passed away.

While Kaplan does demonstrate his own version of obsession with 657 Boulevard, it’s quite tame compared to some of the others, including Dean. His interest in the house seems to be purely aesthetic. Although he has always wanted to live in a house like 657 Boulevard, he knows he can’t afford it on a high school teacher’s salary or pension. So, of all the suspects, Kaplan is perhaps the most unlikely to be the Watcher.

Is Roger Kaplan Based on a Real Teacher?

‘The Watcher’ is based on author Reeves Wiedeman’s 2018 report published in New York Magazine’s The Cut. In 2022, Wiedeman wrote an update on the eve of the release of the Netflix production, wherein he speculates on many theories he has heard over the years, including one involving English teacher and author Robert Kaplow, whose 2003 book, ‘Me and Orson Welles’ was turned into an eponymous 2008 film directed by Richard Linklater.

Like Kaplan, Kaplow is a former Rutgers student. He taught English at Summit High School, situated two towns away from Westfield. Kaplow apparently told his students that he wrote multiple letters to a house in Westfield. However, Kaplow claimed that 657 Boulevard was not that house. He told Wiedeman that he spoke to the owner of the actual house and got the chance to house-sit once.

Kaplow has a Wikipedia page where a user posted supposed evidence of him being the Watcher in 2020. It was considered defamatory and taken down, only to be posted again. It continued for a while, but at present, the public page no longer has that particular insertion.

Read More: What is Dumbwaiter Meaning in The Watcher?