Is See For Me Based on a True Story? 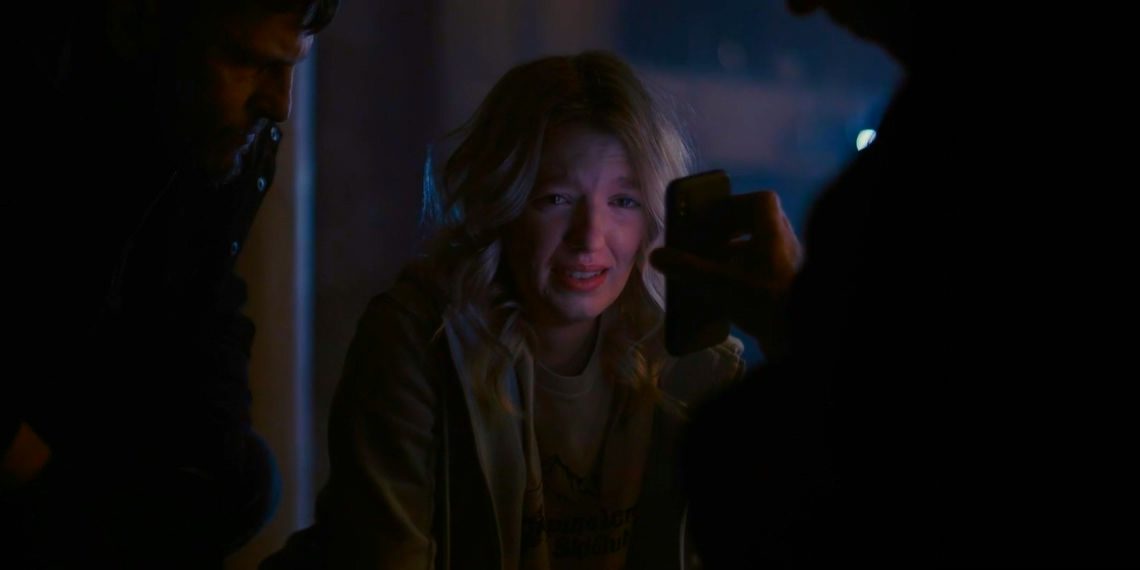 Helmed by Japanese Canadian filmmaker Randall Okita, ‘See for Me’ is a gripping home invasion thriller movie, complete with twists at every turn. The story follows Sophie, a stubborn and visually impaired athlete turned house-sitter, whose upcoming job is going to give her some trouble. Dead at night, three burglars break into the decadent chalet of Sophie’s employer. A hair-raising cat-and-mouse chase ensues when they sense Sophie’s presence in the house.

With only a voice from an app as her guide, Sophie must find ways to contain the situation. The dialogues are kept to a minimum, the guiding score gives us shivers, and the backdrop of snow-capped mountains lends the tale a brooding ambiance. However, you must wonder whether the story is picked straight from the pages of a newspaper, as some home invasion movies out there rest in reality. Is this movie one of them? Let us find out!

Is See For Me Based on A True Story?

No, ‘See for Me’ is not based on a true story. However, underneath the clockwork of the tale lies a refreshing take on a visually impaired character. Although blind from the onset of retinitis pigmentosa (a rare genetic disorder that causes loss of cells in the retina), Sophie is not your everyday damsel in distress. Her presence of mind, coupled with the themes of friendship and teamwork, lends the tale its relentless energy.

Randall Okita directed the film from an original screenplay penned by Adam Yorke and Tommy Gushue. The screenwriters managed to keep the home invasion thriller intelligent, taut, and suspenseful. However, as a niche subgenre, home invasion movies are pretty old. Explorations in the genre date back to D. W. Griffith’s 1909 silent movie ‘The Lonely Villa,’ where a wealthy family falls prey to robbers.

Examples in the genre range from Martin Scorsese‘s criminally underrated ‘Cape Fear‘ to Bong Joon-ho’s Oscar-sensation ‘Parasite.’ Therefore, albeit refreshing to the core, this movie hardly has anything unprecedented to add to the genre segment. It is not even the first feature to chronicle a blind woman falling victim to a home invasion. The 1967 psychological thriller ‘Wait Until Dark’ sees Audrey Hepburn starring as Susy Hendrix, a blind woman who falls victim to an elaborate trap.

The movie’s brilliance lies in the fact that it champions an actual visually impaired person in the central role. Skylar Davenport, the actor who essays the major part, suffered a loss of vision in 2012 following a stroke. Skyler, whose Twitter handle is @theblindpsychic, shared the news with her fans in a 2018 tweet, reminding us to love and appreciate every moment. Skyler, who also identifies as a non-binary person, praised the movie’s message. For her, it is a step in the right direction regarding the portrayal of disabled characters in cinema.

Sophie’s blindness adds another edge to the movie. Tiny noises amplify – footsteps, conversations, water running from the tap – while the camera stays faithful to Sophie’s first-hand narrative by coming up close to the source of the sound. Rather than a hindrance, Sophie uses it to her advantage. While she cannot see, her other senses heighten. She is also not the hapless differently-abled person often shown in the cinema. Her keen understanding of the surroundings saves her in the end. Therefore, the movie may not have a real-life basis, but Skyler Davenport’s brilliant performance keeps the tale believable.