Is Silent Night on Netflix, Hulu, HBO Max, or Prime? 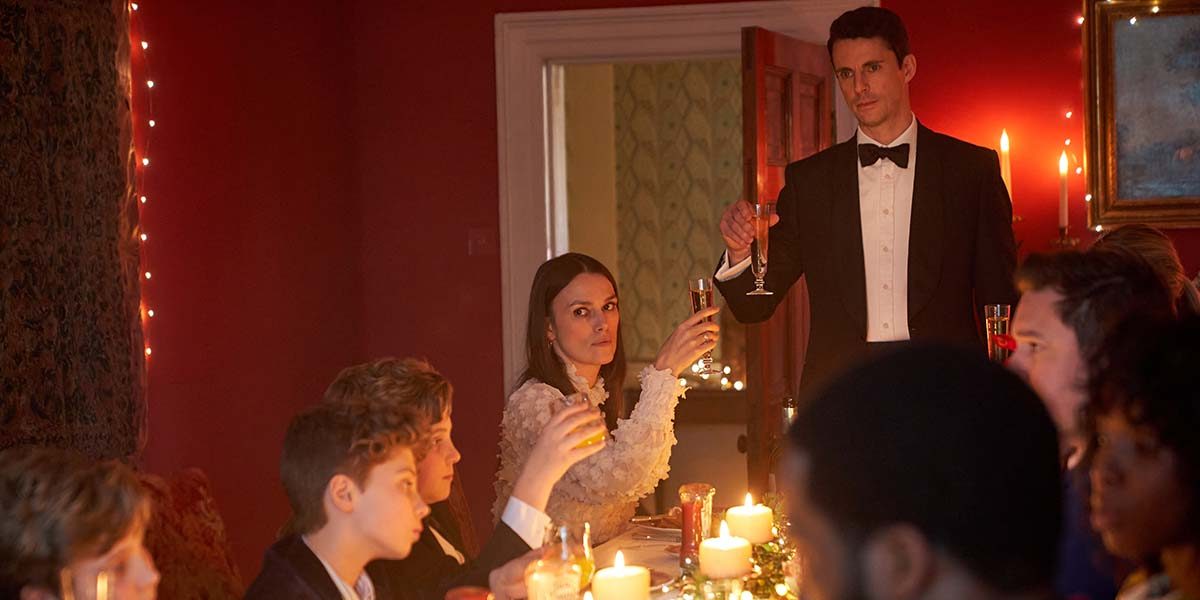 ‘Silent Night’ is a 2021 horror comedy film written and directed by Camille Griffin that revolves around an extended family who gathers around for a usual Christmas dinner. However, their plans are disrupted when an unforeseen environmental crisis strikes their estate and puts their lives in danger. The film has received favorable reviews from critics and combines the spirit of Christmas with a vile and dark, scary story. If you enjoy genre-blending movies, ‘Silent Night’ is definitely your cup of tea, and here’s where you can stream it online!

What is Silent Night About?

In ‘Silent Night,’ Nell (Keira Knightley), a wealthy heiress, prepares for her family’s traditional Christmas dinner at their luxurious estate. Despite the scathing last few dinners, she insists on making this dinner all about love and forgiveness. However, this Christmas dinner is bound to be the family’s last one as a cloud of deadly poison is sweeping across the world, ending all life in its path. The family members have a few hours until the cloud swarms them. As their imminent death nears, the members begin to reveal their dark secrets as the situation becomes dire. Each of the family members deals with the sudden existential crisis in their own way as they contemplate whether they have any chance of surviving.

Is Silent Night on Netflix?

Netflix boasts an exciting collection of original and acquired entertainment offerings. However, the service currently does not hold the streaming rights for ‘Silent Night.’ As an alternative, you can stream ‘Cadaver,’ which is set in the aftermath of a nuclear apocalypse and follows a family who, in search of food, accepts an offer that inadvertently throws them in the midst of a sinister game.

Is Silent Night on Amazon Prime?

‘Silent Night’ is not included in titles available on Amazon Prime. However, the movie is likely to be added to the service as an on-demand option in the near future. In the meantime, you can check out ‘House on Haunted Hill,’ a 1958 classic film about five guests who are promised $10,000 to spend a night at a haunted house.

Is Silent Night on Hulu?

At present, ‘Silent Night’ hasn’t been added to Hulu’s entertainment library. Horror fans can instead watch ‘The Resort‘ that follows four friends who arrive at a serene, remote resort to investigate reported hauntings but end up trapped in a web of secrets.

Is Silent Night on HBO Max?

‘Silent Night’ is not a part of HBO Max’s entertainment catalog. As an alternative, users of the service can check out ‘Freaky,’ a similar genre-bending horror-comedy about a teenage girl and a serial killer who find themselves in each other’s bodies.

Where to Watch Silent Night Online?

‘Silent Night’ will receive a theatrical release on December 3, 2021. To check the show timings of book tickets, head here. The movie will also stream digitally on AMC+. Subscribers of the service can stream the film at no additional cost. You can watch the film by subscribing to AMC+ through DirecTV, Amazon Prime, Sling TV, Spectrum, or YouTube TV. Additionally, it is also likely to become available on VOD platforms such as Google Play in the coming days.

How to Stream Silent Night For Free?

A simple method to watch ‘Silent Night’ for free is by signing up for the 7-day free trial of AMC+ either directly through the platform or through any of the services mentioned above. However, we do encourage our readers to pay for the content they wish to consume.