Is Star Trek: Lower Decks Made by Rick and Morty’s Creator? 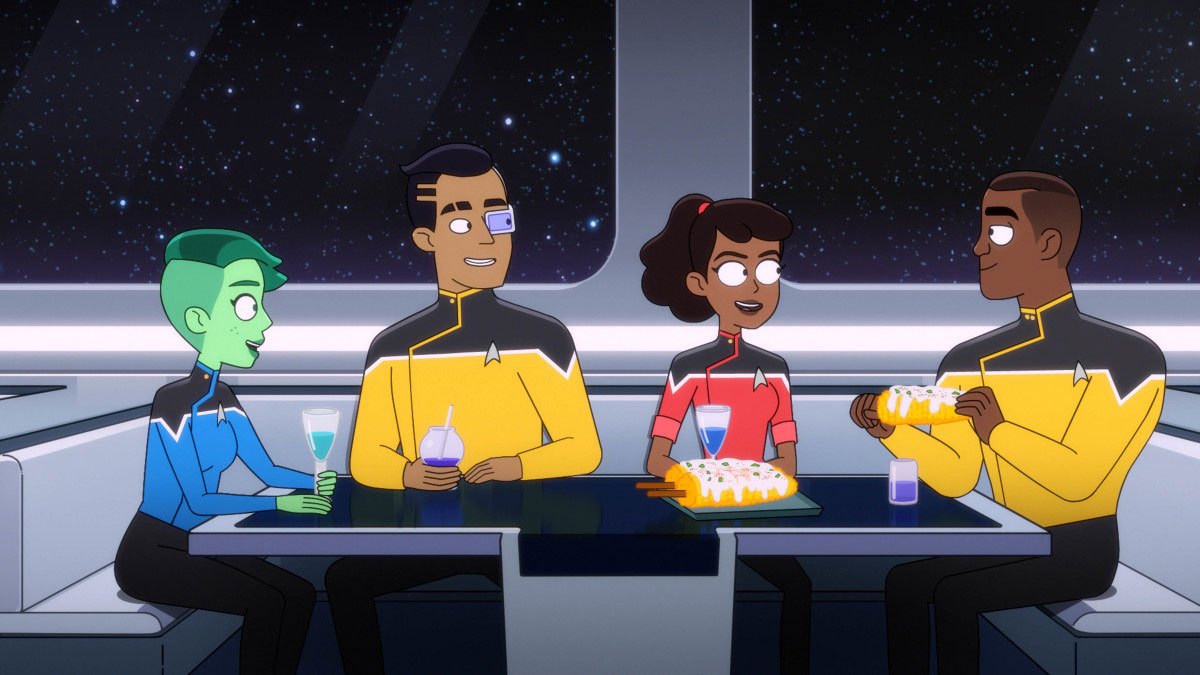 ‘Star Trek’ is a name that has long endured in the hearts and minds of sci-fi fans. The franchise is known for its ahead-of-its-time storytelling and creative flare. One of the newer additions to the franchise’s legacy is the animated series ‘Star Trek: Lower Decks,’ which provides a new and fresh take on the Starfleet by taking a look at one of its lower-ranking ships and its less than popular crew members.

However, this allows the show to honor the franchise’s rich mythology and tell heartfelt and hilarious stories. The show’s subversion of sci-fi tropes, lack of continuity, and nuanced humor make it reminiscent of another hit cartoon show: ‘Rick and Morty.’ Are there similarities because the two shows share the same creator? Let’s find out!

Is Star Trek Lower Decks Made by Rick and Morty’s Creator?

To simply answer the question, no, ‘Star Trek: Lower Decks’ is not created by the same creators who brought ‘Rick and Morty’ to life. The two-time winner of the Primetime Emmy Award for Outstanding Animated Program, ‘Rick and Morty’ is the brainchild of Justin Roiland and Dan Harmon. Roiland is known for his work on the animated series ‘Fish Hooks,’ which ran from 2010-2014, while Harmon is the creator of the acclaimed sitcom ‘Community.’

Harmon and Roiland are not involved with ‘Star Trek: Lower Decks’ in any capacity. The series is created by Mike McMahan. While not officially credited as a creator for ‘Rick and Morty’ McMahan has been one of the strongest creative voices behind it and served as writer and story editor on the show. McMahan was one of the first writers hired to write ‘Rick and Morty.’ He went on to pen a total of six episodes for the show and acted as a story editor on ten episodes. McMahan also served as an executive producer and writing assistant for some episodes of the show before departing in 2019.

‘Star Trek: Lower Decks’ was officially given a series order in October 2018, with McMahan attached to the project. McMahan also created the animated series ‘Solar Opposites‘ along with Roiland. The series premiered in 2020 and has received critical acclaim, much like the writer’s other works. McMahan’s creative ingenuity is evident in his work on ‘Rick and Morty’ with episodes written by him such as ‘Edge of Tomorty: Rick Die Rickpeat,’ ‘The Rickshank Rickdemption,’ and ‘The ABCs of Beth‘ becoming some of the most enjoyable episodes of the show. Likewise, ‘Star Trek: Lower Decks’ itself has etched a place for itself in the hearts of sci-fi lovers with a similar brand of humor that has equal proportions of absurdism, emotion, and darkness.

Took a wrong turn and was stuck at the world’s longest red arrow with my own dang ensigns looking right at me. pic.twitter.com/JgbZxcCWBU

Despite the similarities in the tone of ‘Rick and Morty’ and ‘Star Trek: Lower Decks,’ McMahan has noted that the two shows are different because the former is told through a nihilistic lens while the latter upholds the richness of its sci-fi mythology. While that is true, fans of both cannot stop comparing and digging up similarities between them. Ultimately, that only serves as a testament to the love and appreciation fans have for McMahan’s works.