Is The Bubble Scripted? Is it Based on a True Story? 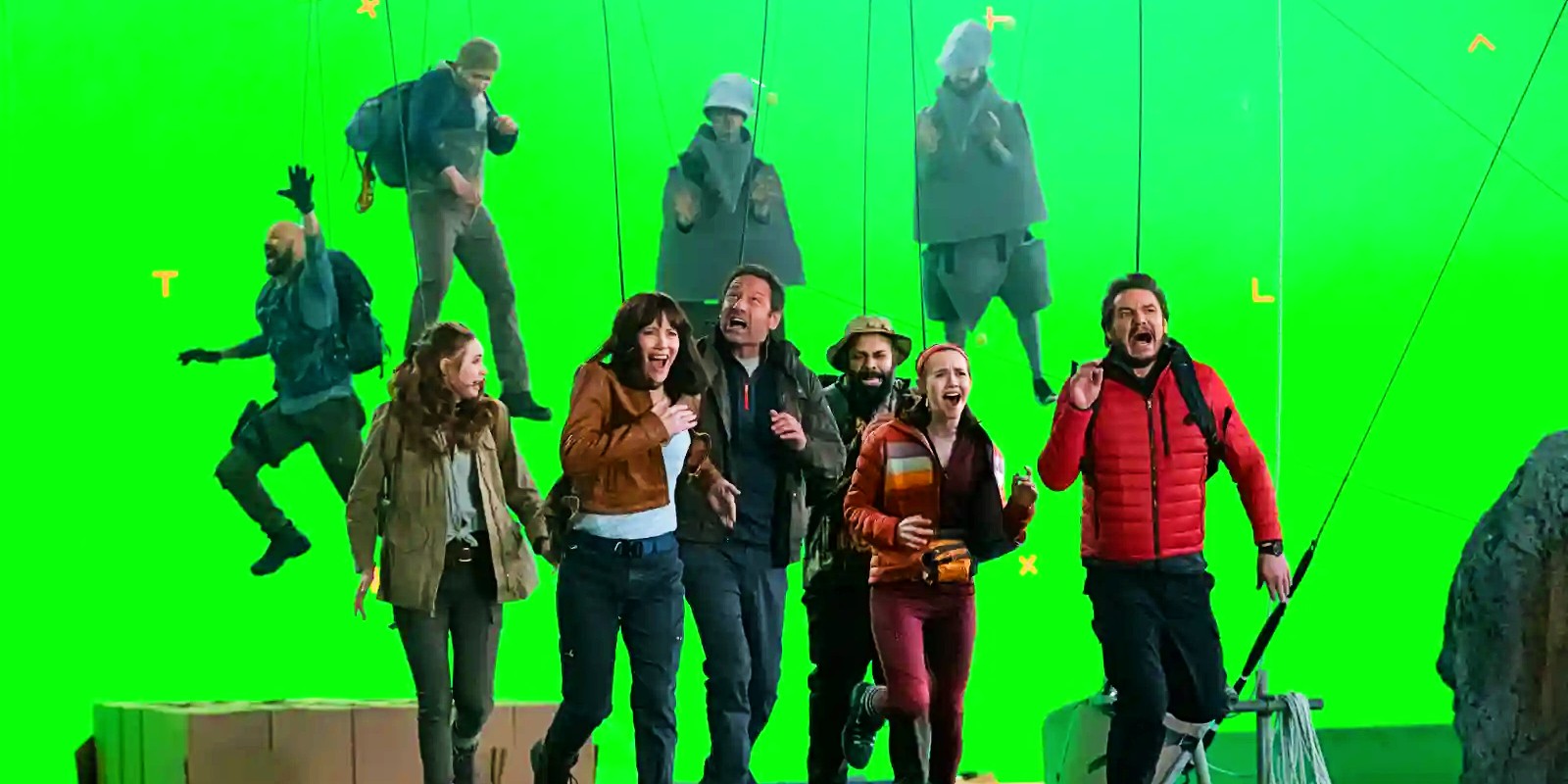 ‘The Bubble’ follows the cast of a blockbuster film franchise as they gather to shoot the upcoming installment during the Covid-19 pandemic. However, soon the cast begins to experience challenging circumstances while being cooped up in a hotel as the studio pressures them to finish filming the project. The meta-comedy follows a film-within-film format and is directed by Judd Apatow.

The movie’s premise is undoubtedly fresh and evokes memories of the Covid-19 pandemic’s impact on film and television production. Therefore, viewers must be wondering whether the film is inspired by actual events. Moreover, the whacky premise escalates to absurd heights through a series of gags that propel the narrative forward. Hence, viewers might wonder whether the movie is entirely scripted or improvised. In that case, here is everything you need to know in those regards!

Is The Bubble Based on a True Story?

‘The Bubble’ is partially based on a true story. The film is based on an original concept from director Judd Apatow. However, the movie’s basic premise appears to have some semblance to reality. In the film, a group of actors arrives at a luxurious hotel in England to film the sixth installment of ‘Cliff Beasts,’ a film franchise about the relationship between dinosaurs and humans. The fictional film franchise will certainly remind viewers of the globally popular ‘Jurassic Park‘ film series.

The sixth movie in the franchise, titled ‘Jurassic World: Dominion,’ began filming amidst the Covid-19 pandemic. The cast and crew of the film were forced to quarantine together in the UK. The film’s producers booked an entire hotel for the cast and crew to quarantine and live in while production was ongoing. The move was vital in convincing the cast members to return for filming the movie amidst the early uncertainties of the Covid-19 pandemic.

The hotel provided the cast and crew with a “bubble” that prevented and protected them from contracting the virus. During their time filming the movie, the cast developed a tight bond. The behind-the-scenes details of the production of ‘Jurassic World Dominion’ were apparently narrated to actress Leslie Mann by a member of the film’s crew. Mann then shared the events with her husband, Judd Apatow, who crafted the concept for ‘The Bubble.’

However, the characters in ‘The Bubble’ and its specific narrative are fictional. It provides a hilarious look at the difficulties of making a movie during a pandemic. Nonetheless, the premise’s similarities with the production of ‘Jurassic World Dominion’ add an undeniable semblance of reality to the movie.

Is The Bubble Scripted?

Yes, ‘The Bubble’ is scripted. Director Judd Apatow penned the screenplay alongside Pam Brady. The film heavily relies on engineered gags and the comic timing of its core cast members. However, it also follows a linear narrative that reiterates the film is a scripted affair. Moreover, characters such as Carol and Dieter each get their own arcs and also propel the overall story forward.

Nonetheless, similar to other comedy films, it is likely that the film’s cast improvised certain scenes and jokes on set. Moreover, the movie itself makes a meta-reference to the constant tinkering of scripts on set as per the actors’ whims and demands. Ultimately, ‘The Bubble’ tells a fictional story with some semblance to reality. It is deeply rooted in pop culture and makes various overt references to all the behind-the-scenes happenings of the production of a big-budget and crowd-pleasing film.

Read More: Is Cliff Beasts 6 Based on a Real Movie Franchise?