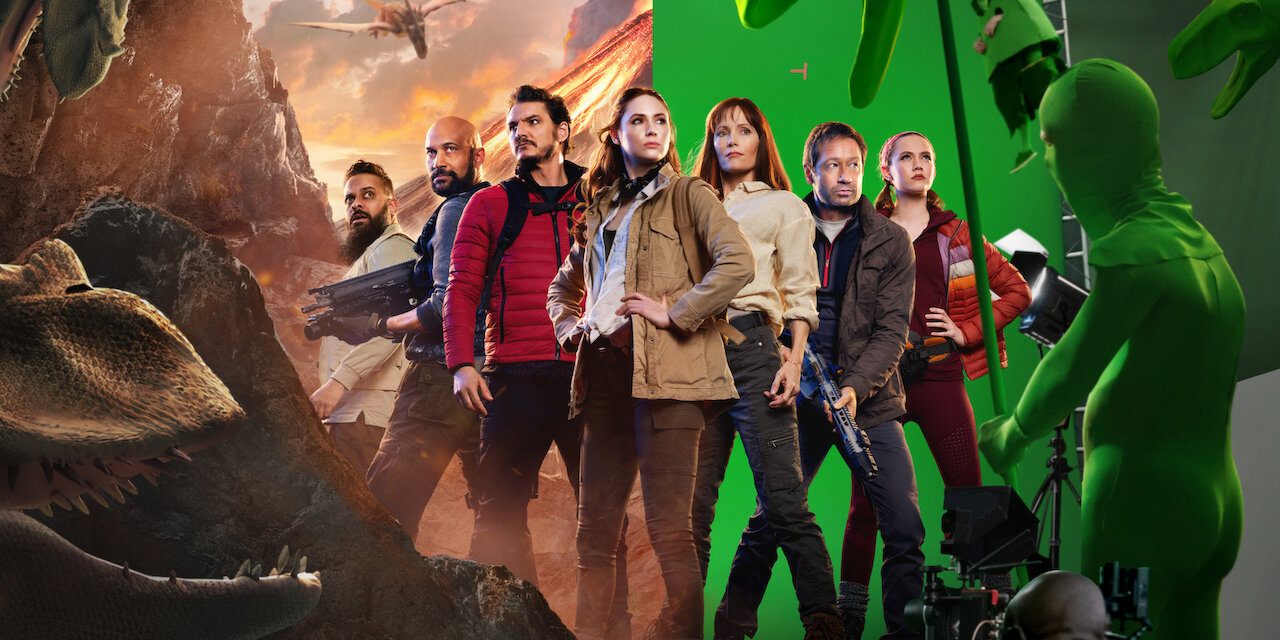 ‘The Bubble’ is a meta-comedy movie directed by Judd Apatow. It revolves around the cast of a blockbuster film franchise who arrive at a secluded hotel in England to shoot the upcoming installment amidst the Covid-19 pandemic. However, the cast faces several challenging situations while living and filming inside a safety bubble.

‘The Bubble’ opens with actress Carol Cobb meeting with her agent to discuss an upcoming sixth movie in the ‘Cliff Beasts’ franchise, which is to be filmed amidst the Covid-19 pandemic when all the major studios have shut down their projects. Carol, who has appeared in previous installments of the franchise, bailed on the fifth movie to star in a different film. After the movie turns out to be a critical and commercial failure, Carol’s career spirals downwards. Therefore, she reluctantly agrees to return for the sixth installment.

Soon, Carol arrives in England, where the studio has booked a luxury hotel for the film’s cast and crew to live and work. Led by producer Gavin, the studio team has created a safety bubble that is supposed to stop the cast from contracting the virus. At the hotel, Carol reunites with the other regular cast members of the franchise, such as Dustin (who plays the lead character Dr. Hal Packard), Lauren Van Chance (who plays Dolly), Sean Knox (who plays Colt Rockwell), and Howie Frangopolous (who plays Jarrar). Also joining the cast are Tik Tok sensation Krystal Kris and acclaimed actor Dieter Bravo.

After spending the first fourteen days in quarantine, the cast begins filming ‘Cliff Beasts 6.’ However, problems start to emerge on the set as the cast members start to experience the repercussions of being cooped up in the hotel. Dustin and Lauren’s on/off marriage reaches another breakdown, and the cast contracts the influenza virus. Carol’s boyfriend, Josh, breaks up with her, and Howie has a meltdown before fleeing the hotel. Thus, the production begins to fall behind schedule.

However, the cast’s concerns are brushed aside as the studio forces them to continue working and finish the film. The studio head, Paula, also hires the ruthless security head, Mr. Best, to stop the cast members from abandoning the project. Lauren tries to escape the hotel and loses one hand due to Mr. Best’s aggressive actions. On the other hand, Carol tries various covert methods to get help from outside but fails. Soon, Carol realizes that the only way to escape the bubble which has made their lives miserable is for the cast to work together.

The Bubble Ending: Do Carol and the Other Actors Escape?

After trying every way of engineering an escape that she can think of, Carol grows depressed with her situation at the hotel. The other cast members are also not in a good mental state. Eventually, Carol realizes that everything is pointless and goes on a bender with Dieter. The other cast members also join in and have a party in the hotel. The group films a Tik Tok video with Krystal of them dancing in the hotel. However, during the party, Dieter suddenly collapses and passes out. Carol, Dustin, and the others grow concerned for Dieter and try to awaken him. However, the group’s health and security inspector Gunther is adamant that Dieter is dead. 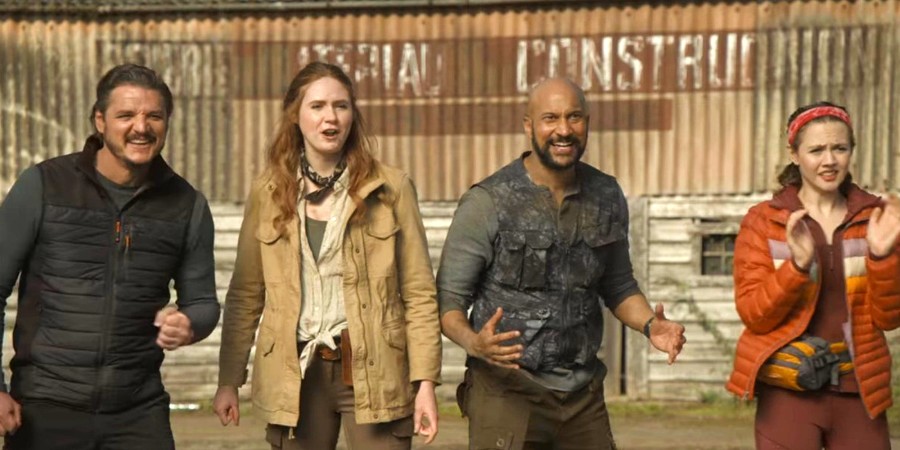 The group tries several remedies on Dieter to no avail. However, Dieter’s love interest, Anika, delivers a shot of medicine that brings Dieter back from his stasis. The incident inspires Carol to accept her situation. She motivates the cast to treat each other as family members. Carol believes that if they can work together, the group can find a way to escape the atrocious project and go home. Dieter’s near-death experience galvanizes the group and makes them realize the important things in their lives outside the film. Thus, the cast decides to work together and formulate a plan to escape.

The following day, the cast arrives on set to shoot the film’s climax. During filming, Dustin starts arguing with director Darren Eigan, allowing the other cast members to run from the hotel. The cast members carefully evade Mr. Best’s security systems and guards. They arrive at the helipad and prepare to leave in the helicopter. However, Darren stops them from escaping. Darren and Dustin fight it out, and Dustin easily defeats the novice director. The cast members board the helicopter, but Sean is only able to fly it upwards and downwards. The cast figures out how to maneuver the helicopter and head away from the hotel by working together.

In the end, the behind-the-scenes footage collected by Scott is released as a documentary film, and the cast members reunite at the premiere. The documentary receives critical acclaim, but the cast members return to being their usual self-obsessed selves. The entire film serves as a commentary on the difficulties of filming a movie during the pandemic. It makes various hilarious statements about the environment on sets of blockbuster films and how the cast and crew approach such projects. The ending also highlights the importance of being with your loved ones during trying circumstances.