Is The Crew a True Story? 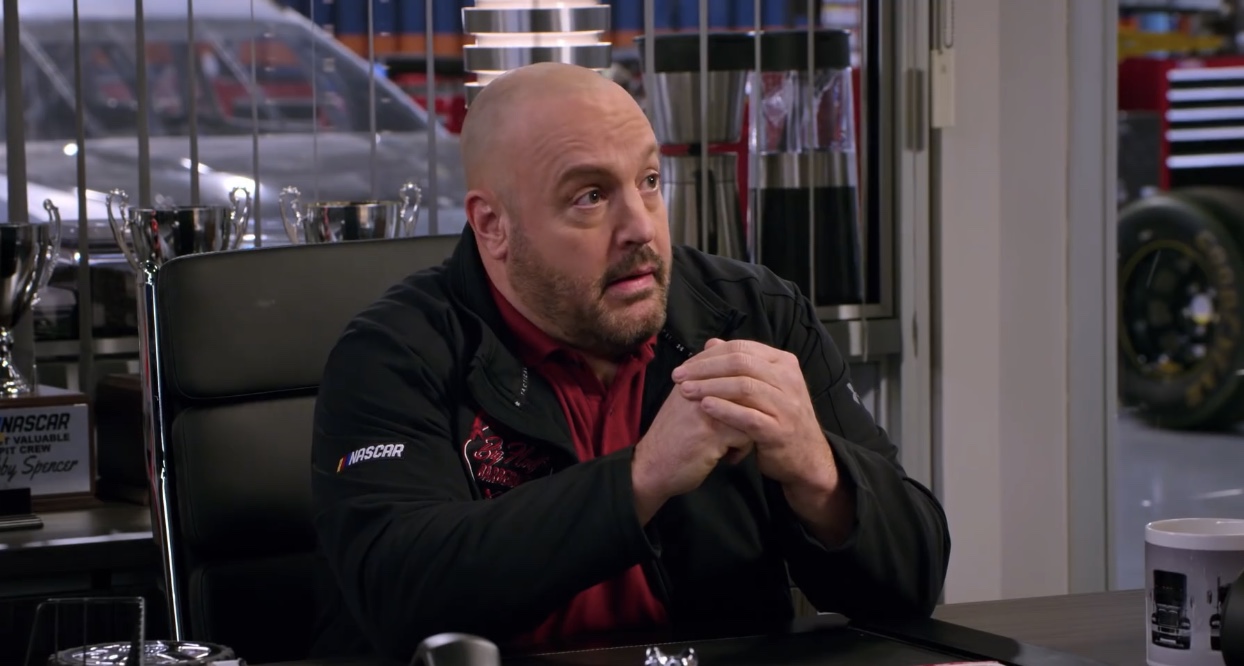 ‘The Crew’ is a Netflix sitcom that follows a NASCAR crew headed by Kevin Gibson (Kevin James), who finds himself in a fix after the garage owner hands over his business to his millennial daughter named Catherine (Jillian Muller). Business-minded and practical, she tries to modernize the team by bringing in a group of tech-savvy individuals who Gibson disapproves of. The two parties now have no choice but to get along.

‘The Crew’ mostly takes place within the boundaries of the NASCAR garage, as the characters carry themselves with sass and throw witty punchlines. Even though it is a comedy show, it is hugely inspired by motor racing, which is a unique concept mostly adopted in TV shows and movies to portray true stories of either racing legends or car companies. Does ‘The Crew’ also fall in the same category? Let’s find out.

Is The Crew Based on a True Story?

No, ‘The Crew’ is not based on a true story, but certain elements of the show are rooted in reality. Created and co-written by Jeff Lowell (‘Two and a Half Men’), it stars Kevin James as Kevin Gibson, whose character is loosely based on former NASCAR crew chief Tony Gibson, winner of six NASCAR Cup Series races. The veteran appeared on set and coached Kevin to perfect the role of a crew chief by imparting valuable insight into the position.

Apart from Kevin Gibson, another character has been inspired by real-life personalities. Talking about how her character is a combination of two highly-skilled car race drivers, Paris Berelc, who plays an aspiring female driver Jessie, said, “I’m so happy I got to be this cool, young female racecar driver. My character is based off of Natalie Decker and Hailie Deegan. They’re these cool women who are powerful and strong.”

The series centers upon a NASCAR (The National Association for Stock Car Auto Racing) crew and depicts the daily events in their lives through the lens of comedy. Over the years, television has produced remarkable workplace comedies in different settings, which includes shows like ‘The Office,’ based on a paper company in Stranton; ‘Cheers’ and its spin-off titled ‘Frasier’ centering around a Boston bar; and ‘Parks and Recreation‘ that takes place in a bureaucratic department in Indiana.

However, the primary reason audiences adore and love these shows is because of their relatable content. ‘The Crew’ seems to be born out of the same idea, using professional sports as the foundation that supports it. Workplace comedies often revolve around relationships between their respective characters. In an interview with EW, Kevin James stated that the show is fueled by themes like competition and danger. He said, “There’s life and death on the line, and it’s just nuts. There are endless avenues to go with this place, but it’s also a funny, funny place to perform.”

The team was further assisted by NASCAR, which means that the show tweaks up its elements according to the real-life makings of the sport. The company was excited to be a part of ‘The Crew’ because of its unique storyline, and a few scenes of the show were also shot at actual races. The production team also had creative help from NASCAR, who designed their car with a “Fake Steak” logo. ‘The Crew’ tries its best to dissolve the boundaries between reality racing and its depiction on television.

This is a theme largely present in Hollywood as well. James Mangold’s ‘Ford v Ferrari,’ which stars Matt Damon and Christian Bale, narrates the real-life story of Fort Motor Co.’s relentless desire to rule over the sport. In 1963, Ford was about to buy off Ferrari, with a view to house the most efficient cars, but Enzo Ferrari pulled out at the last minute. Apart from essaying Ford’s capitalistic mindset, the movie is about Ken Miles (Bale), an undermined racer whose emotional journey is what gives the movie its real substance.

Another film that very realistically depicts the challenging world of motor racing is ‘Rush,’ which centers around the rivalry between two Formula One drivers – James Hunt (Chris Hemsworth) and Niki Lauda (Daniel Brühl), during the 1976 Formula 1 motor-racing season. ‘The Crew’ also wants to establish a deep connection with the audience. Therefore, by basing the central premise of the show upon the sport, the creator attempts to capture the mood of the sport while emphasizing relationships and emotions.