Is The Fight That Never Ends Based on a True Story? 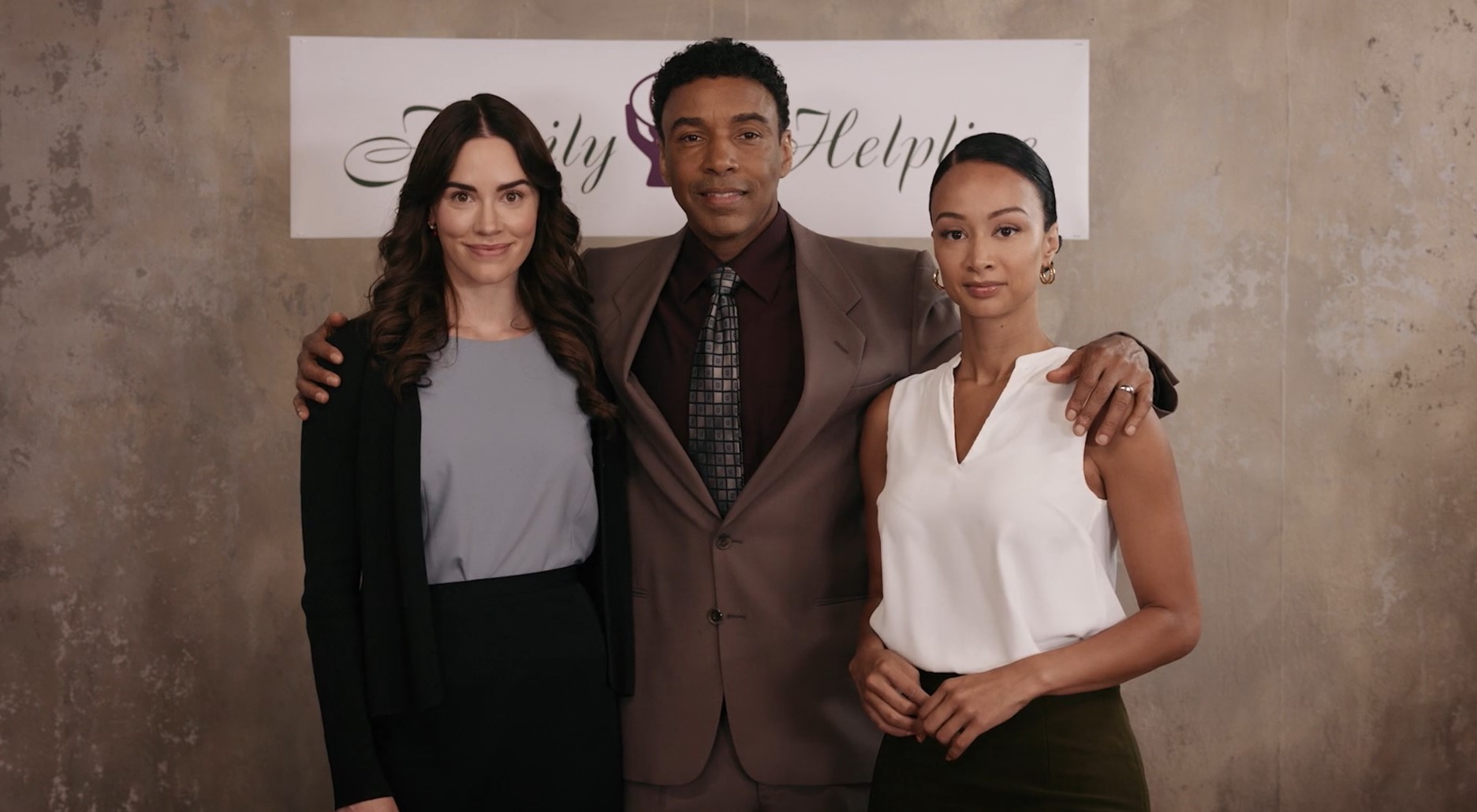 Lifetime’s romantic drama ‘The Fight That Never Ends’ revolves around a white activist who works at a community outreach program in South Central Los Angeles and falls in love with a local black gang leader trying to mend his ways. Directed by Preston A. Whitmore II, the film touches upon sensitive social issues and attempts to highlight compassion, justice, equality, and social reform. It attempts to capture the complicated racial dynamic of the country through the lenses of activism and personal relationships.

Produced by Joanne Lee Beck and Dahlia Waingort, the movie is packed with amazing performances by the talented cast comprising stars such as Christa B. Allen, Robert Ri’chard, and Allen Payne in central roles. Since the premise of the film is extremely realistic and directly comparable to historical and contemporary socio-political scenarios, many wonder whether it draws inspiration from real-life personas and events. Let’s find out whether ‘The Fight That Never Ends’ is rooted in reality.

Is The Fight That Never Ends a True Story?

Yes, ‘The Fight That Never Ends’ is based on a true story. In fact, it is inspired by producer Joanne Lee Beck’s life and social reform efforts in 1990s Los Angeles. The three central characters in the film all derive from real-life personas. Leon Watkins (Allen Payne), the founder of The Family Helpline, was Beck’s mentor. John “Jay” Wesley Hunter (Robert Ri’chard) AKA Joker was the local gang leader she fell in love with. Beck’s daughter Danielle Beck-Hunter penned the film’s story, along with director Preston A. Whitmore II. 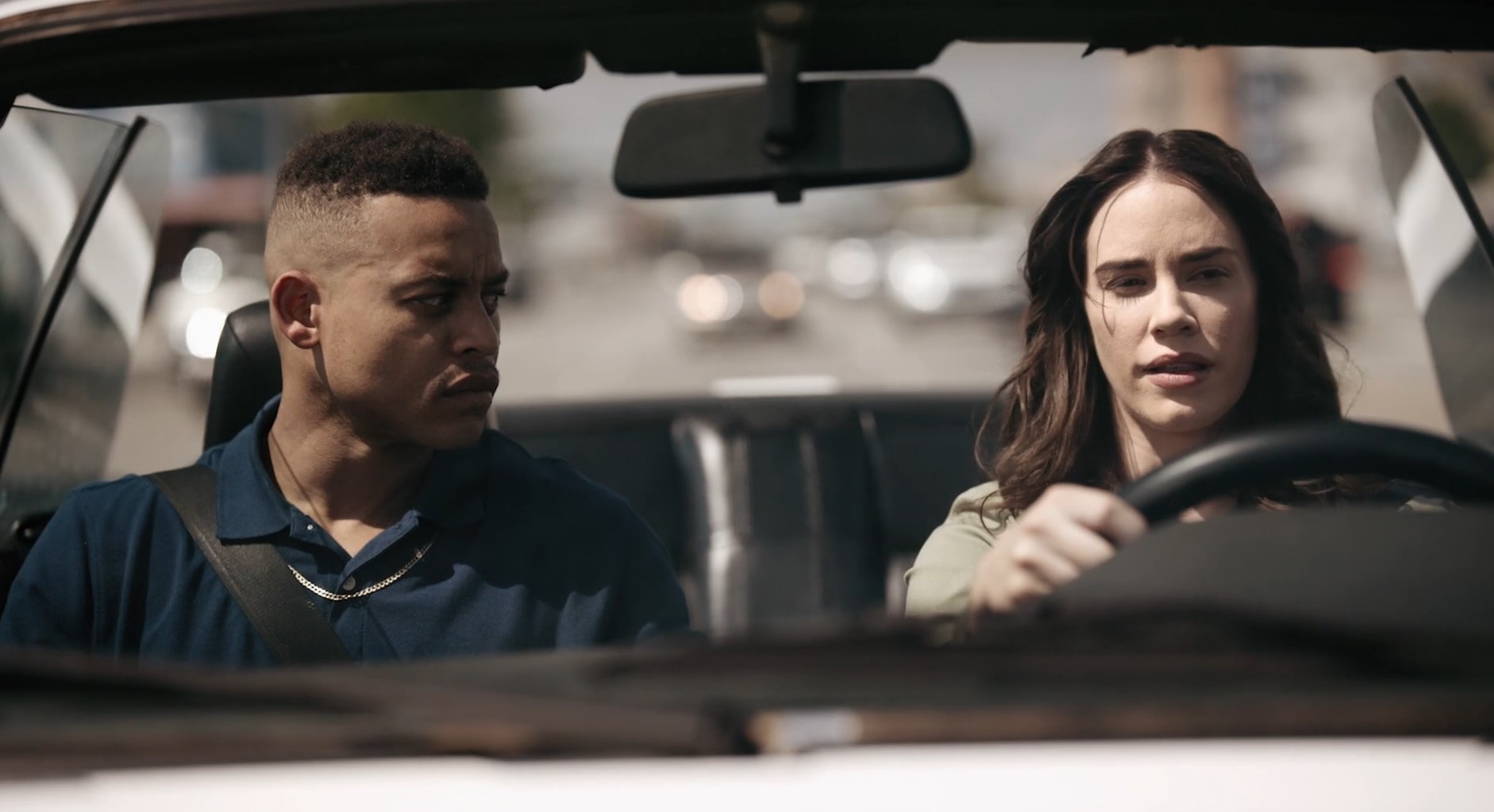 The producer had been trying to get the movie made for several years. However, financial constraints combined with the attempts of several production houses to change the plot kept delaying Beck’s dream project until Lifetime, Electric Entertainment, Brandani Productions, and Sunset Pictures came along. “This story has been 28 years in the making. I am so proud that this film can authentically portray my life’s purpose, and how I wasn’t afraid to live it. Hopefully, my story can shine a light on what this country is facing today, and encourage others to never stay silent when injustice is seen,” said Beck.

The movie is set against the backdrop of the 1992 Los Angeles uprising. On March 3, 1991, an intoxicated African-American man named Rodney King was arrested by Los Angeles Police Department (LAPD) officers after a high-speed chase. Reportedly, the cops then proceeded to kick him and beat him with batons while other police officers stood by. George Holliday, a plumber unrelated to King or the cops, used a camcorder to record the horrifying incident from his balcony.

When Holliday’s recording reached the hands of the media, outrage swept across Los Angeles. The trial of the four cops was closely followed by LA citizens, particularly those living in South Central LA who had reportedly always felt unsafe and discriminated against. According to official reports, the acquittal of the four cops on April 29, 1992, led to six days of violence, 54 deaths, and an estimated $1 billion in damages.

‘The Fight That Never Ends’ is interspersed with grainy videos of the 1992 uprising — a reminder that racial injustices have always plagued our society. The movie’s portrayal of gang wars and volunteers’ attempts to help the underprivileged as well as those gone astray is rooted in Beck’s own experience. The central topic of the Lifetime film resonated deeply with the cast as well.

Allen (Beck) pointed out that whilst she was quite familiar with the race riots of 1992 and the Rodney King incident, she had been unaware of Beck’s story. She further emphasized that the film’s backdrop attempts to honestly portray the milieu of 1990s LA. 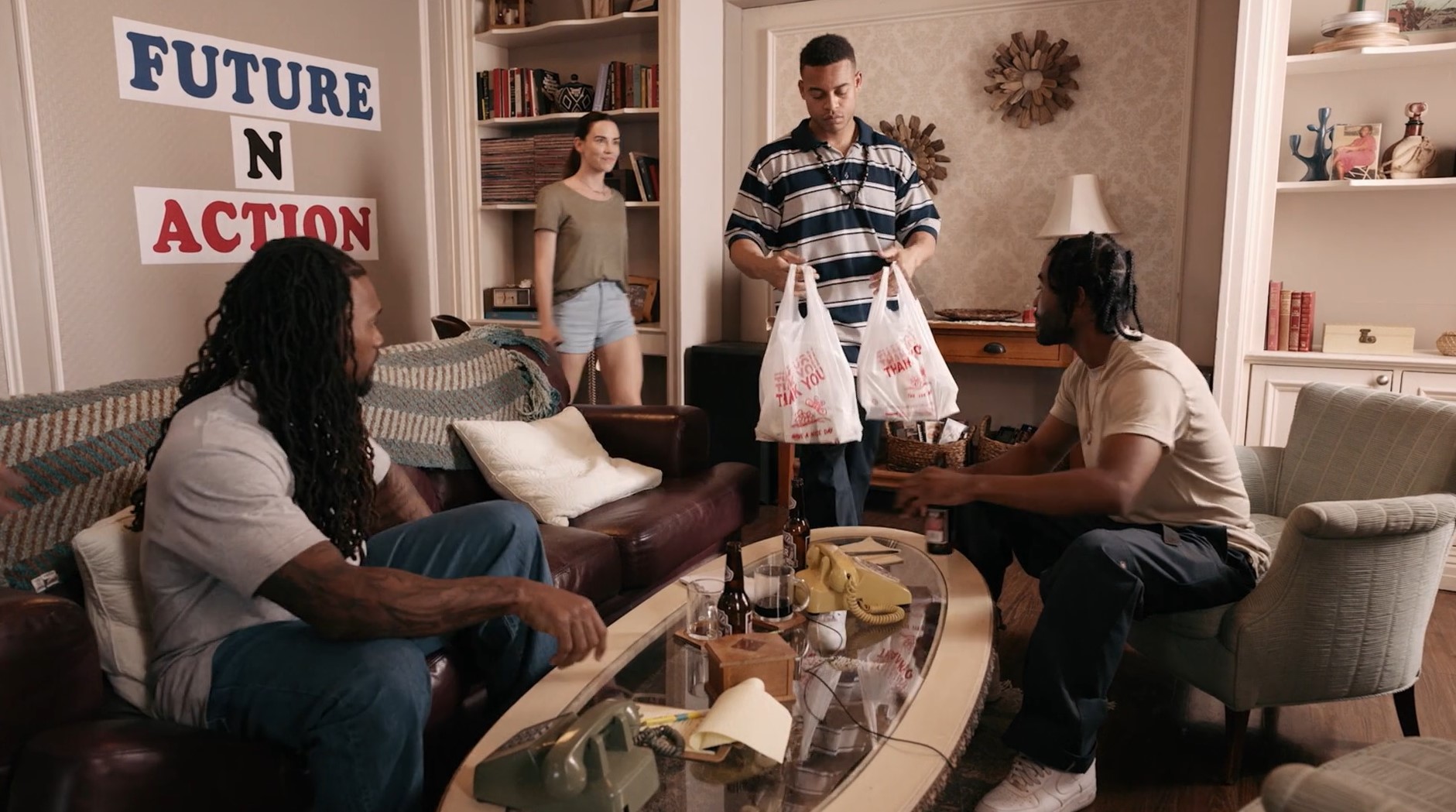 Beck, Watkins, and Hunter had personally witnessed the impact of the violence and the deep-rooted reasons behind the outrage. The film accurately represents the trio’s brave efforts to bring about social change. In fact, it also focuses on Future N’ Action — the outreach program Beck and Hunter together started in the 1990s to unite gang members and rebuild South Central LA.

Allen opined that Hunter become more involved in his community after meeting Beck. She also praised the couple’s loving relationship and solid leadership, adding that Leon’s guidance helped the duo chart the course of their social work.

This real-life love story of Beck, a Jewish woman from Milwaukee, and Hunter, an African-American man from one of LA’s most dangerous street gangs, is a reminder that racial divides have obstructed the path towards genuine companionship for far too long. The couple’s story also highlights how individuals can together work towards awareness, compassion, self-healing, and communal equality. Beck’s experience in South Central LA cemented her passion for social work. 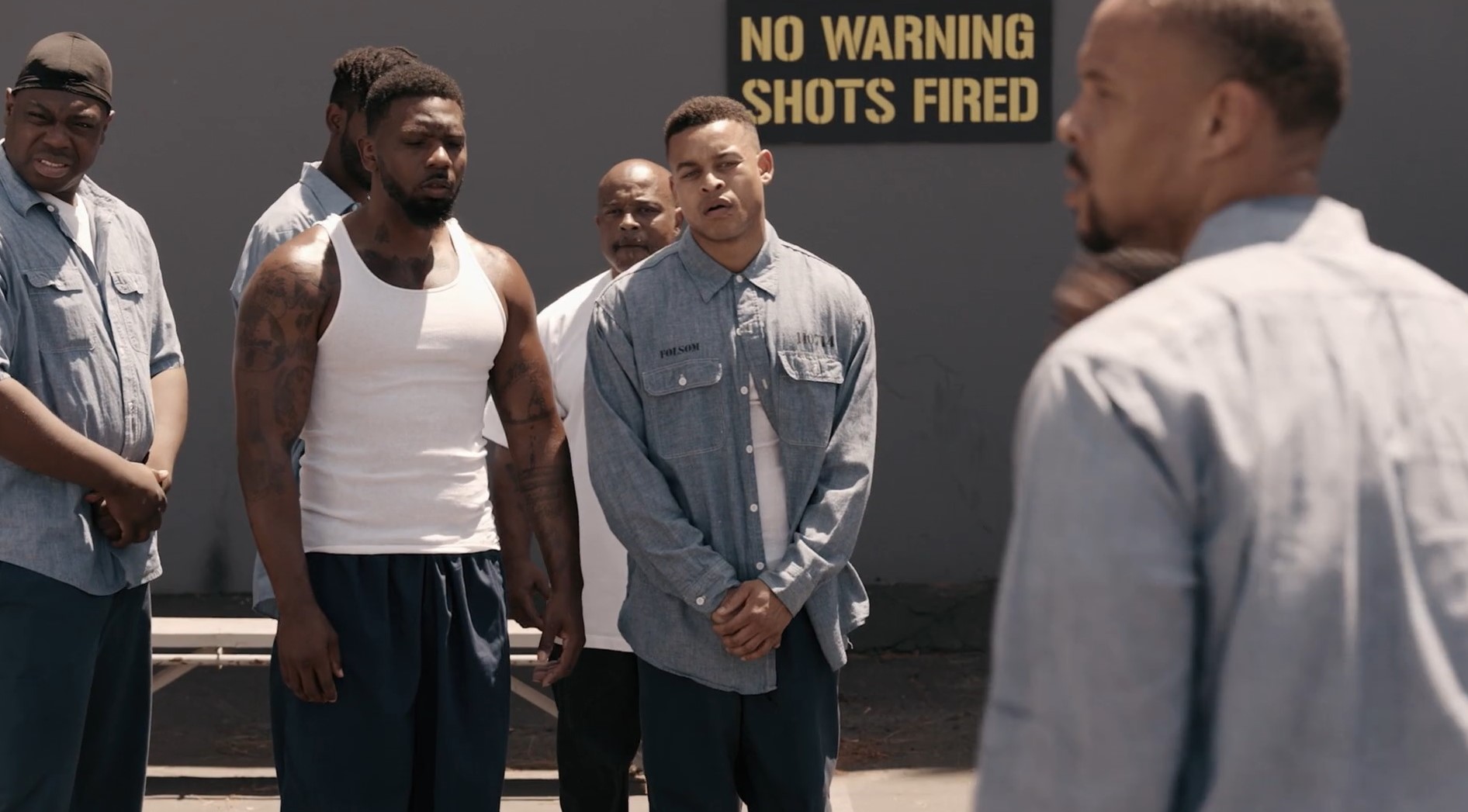 Meanwhile, Hunter’s determination to leave behind a life of violence helped in not only de-escalating tensions between gangs but also in uniting and bettering the lives of the same.“Unlearn the hatred. Get to the mental capacity where you can simply say hello to the black man walking by instead of clutching your purse like a damn fool. The truth is we hide all of our own shortcomings, and put on a façade that we know more and are more educated so we deserve more,” Beck wrote in her personal blog.

She further added, “Behind closed doors we mirror the same toxic attributes that we project onto the black community.” Although Watkins and Hunter have long since passed away, Beck continues to be vocal about racial issues and social reforms. Clearly, at the heart of Lifetime’s romantic drama lies a powerful social message.

Movies like ‘Loving,’ ‘Mississippi Masala,’ ‘A Bronx Tale,’ and ‘The Hate U Give’ also explore racial tensions through the theme of personal relationships. Thus, ‘The Fight That Never Ends’ immortalizes Joanne Lee Beck’s inspirational true story in a cinematic form. It also highlights the enormous power of compassion, communication, and community action. One can definitely say that nothing overcomes social divides like the uniting force of love.