Is The Guide to the Perfect Family a True Story?

‘The Guide to the Perfect Family’ (also known as ‘Le Guide de la Famille Parfaite’) is a French-language family comedy movie directed by Ricardo Trogi. It stars Louis Morissette, Emilie Bierre, Catherine Chabot, and Xavier Lebel in the lead roles. The film tells the story of a couple who face the various difficulties of raising their modern and free-spirited kids according to their expectations and society’s demands.

If the hilarious and poignant social commentary about overparenting hits too close to home, you must be wondering whether the movie is inspired by certain true events or real-life stories. In that case, allow us to provide you some insights into the inspiration behind ‘The Guide to the Perfect Family.’

Is The Guide to the Perfect Family Based on a True Story?

No, ‘The Guide to the Perfect Family’ is not based on a true story. The movie is based on an original concept from co-writer Louis Morissette, who also stars in the film. The idea for the movie came to Morissette through a conversation with his own daughter, Delphine, about her problems. 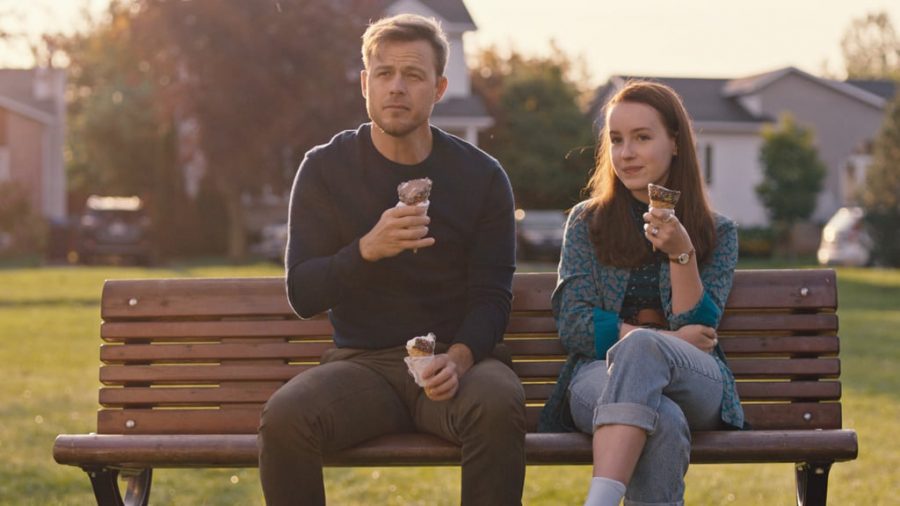 Morissette recalled that listening to his daughter speak about feeling inadequate and unhappy made him wonder why children these days feel this way despite being provided with most of the basic necessities of life and more. Morissette thought that the root cause of this was the children’s inadvertent over-reliance on parents and the overbearing nature of the parents. The exploration of the effect and counter-effect of these behaviors likely became the movie’s central theme.

The movie is based on the conflict faced by modern parents, which is the risk of overparenting and suffocating their children while simultaneously neglecting the children’s feelings and emotions. The film not only tries to cover the challenges of parenting but also hopes to provide some solutions. Morissette also compared the movie’s strong family themes to his 2015 comedy-drama film ‘The Mirage.’

While the film is not based on Morissette and his daughter’s relationship, his character in the movie does have a teenage daughter. Therefore, it is possible that Morissette drew from his personal experiences while writing the dynamic between the fictional father and daughter.

Ultimately, ‘The Guide to the Perfect Family’ is a fictional story that is derived from the real-world issues that most parents face rather than from any particular real incident. The story becomes more resonant due to the layers of societal pressure, tradition, culture, and social media that add a level of nuance to a fun-filled and enlightening drama.