Is The In Between on Netflix, Hulu, Amazon Prime or HBO Max? 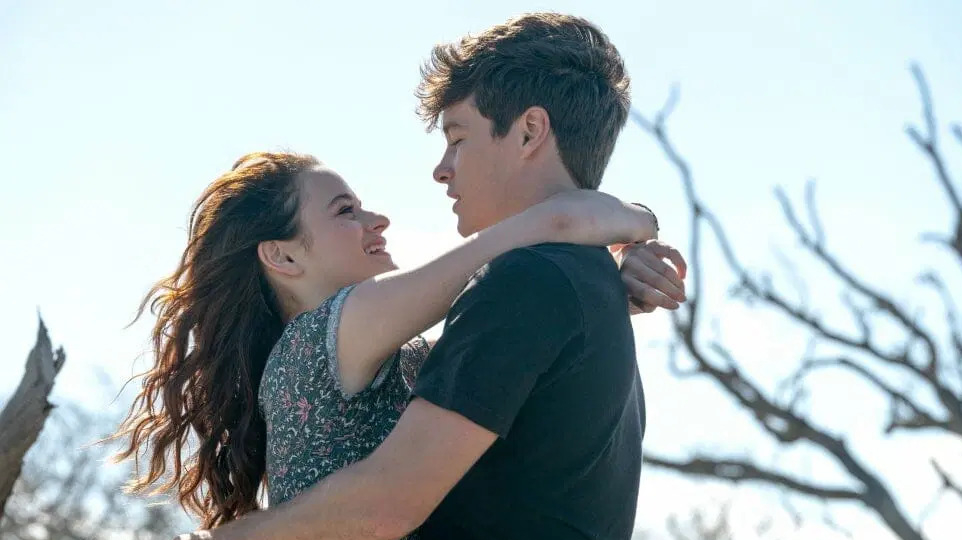 Directed by Arie Posin, ‘The In Between’ is a sci-fi romantic drama movie that narrates a young woman’s journey from cynicism to a hardcore believer in love. The change comes about after she encounters Skylar, a true romantic. However, he dies in a car crash, after which Skylar tries to reconnect with him across the afterworld. Starring the super talented Zoey King, the movie is a must-watch for people who love romance. Besides that, the passionate high school romance portrayed in the film calls out to the hopeless romantic within many of us. If you want to watch the movie, here is how you can access it online!

What Is The In Between About?

The movie kicks off with Tessa, who cultivates a negative outlook on life after spending her entire childhood in foster homes. She believes no one would ever love her. However, her perspective is challenged by a boy named Skylar from a nearby town. The pair experiences a car crash which takes away Skylar’s life, but Tessa finds herself unable to move on.

After a few signs that imply Skylar’s spirit might still be present, Tessa begins to believe that he wants to reconnect with her through the afterworld. With the help of her best friend, Tessa sets out to contact Skylar one last time and complete their love story. Here are all the ways you can watch it online!

Is The In Between on Netflix?

‘The In Between’ is not a part of Netflix’s video library, so you can try other options like ‘Someone Great,’ a movie about a young woman named Jenny, who gets dumped by her boyfriend and embarks on adventures with her close friends.

Is The In Between on Amazon Prime Video?

No, the romantic drama is not available for streaming on Amazon Prime Video. However, you can access it through the Paramount+ network provided you subscribe to it for $9.99 per month after trial as an add-on to your original subscription; for that, you can head here.

Is The In Between on Hulu?

Since the movie is not a part of Hulu’s regular offerings, you can opt for similar movies like ‘Beautiful Creatures’ and ‘Endless.’ The latter revolves around a couple – Riley and Chris – who find a way to connect with each other after Chris gets into an accident and slips into a state between life and death.

Is The In Between on HBO Max?

‘The In Between’ is not a part of HBO Max’s regular offerings. Therefore, we recommend you watch ‘Just Like Heaven,’ a rom-com about a man falling in love with the ghost of a woman, who turns out to be the previous tenant of his new apartment; you can watch this Reese Witherspoon and Mark Ruffalo starrer here.

Where to Watch The In Between Online?

‘The In Between’ is a Paramount+ Original, so the movie is exclusively available on the platform here. As of now, there are no other streaming options available to watch the film.

How to Stream The In Between for Free?

The Paramount+ package on Amazon Prime Video offers a 7-day free trial period, after which you will be charged for the service, including the add-on; you can watch it free of cost before the trial expires. However, we do not advise you to stream content illegally online.

Read More: Where Was The In Between Filmed?