Is The Sandlot Based on a True Story?

Directed by David Mickey Evans, ‘The Sandlot’ has charmed audiences since its release in 1993. The t comedy sports movie centers upon Scott Smalls, who moves to a new place in Los Angeles and follows the fifth-grader as he forges new friendships there. After some initial struggles, he joins a group of boys who play baseball in a sandlot. The sport acts as the means for the group to bond.

The coming-of-age movie showcases the collective experiences of the group as they take part in one wacky adventure after another. Highly likely to get viewers nostalgic, the events in the movie are held up as relatable and the comedy has been applauded by many. So, it might leave one wondering if ‘The Sandlot’ is based on a true story. Let’s find out!

Is The Sandlot a True Story?

‘The Sandlot’ is partially based on a true story. Set in a suburb of LA in the summer of 1962, the film is inspired by a series of events that transpired in the early life of the director Evans, who also co-wrote the movie in collaboration with Robert Gunter. Though there are aspects that are also made up, the film mostly operates as a snapshot of Evans’ childhood and is thus quite episodic in nature.

A big part of the movie involves the fright that neighborhood dog “the Beast” occasions in the group. The kids refer to the ferocious English Mastiff as a “giant gorilla-dog thing” that eats children. However, after receiving an encouraging pep talk from the spirit of Babe Ruth in his dream, Benny ultimately musters up the courage and dares to go into the yard where Beast dwells. We all know how that ends for Benny and the gang. It turns out, for the very scene, Evans took inspiration from when his own brother went to take back a baseball from a neighboring yard.

In real life, Evans’ brother ended up getting attacked by the dog. For the movie, though, Evans changed the outcome of the story and made it much more peaceful and lighthearted. Though Benny ends up getting chased around by Beast, after some mishaps, the dog becomes friendly with him and the rest of the members of the group, with his owner also turning out to be a friend of Babe Ruth. 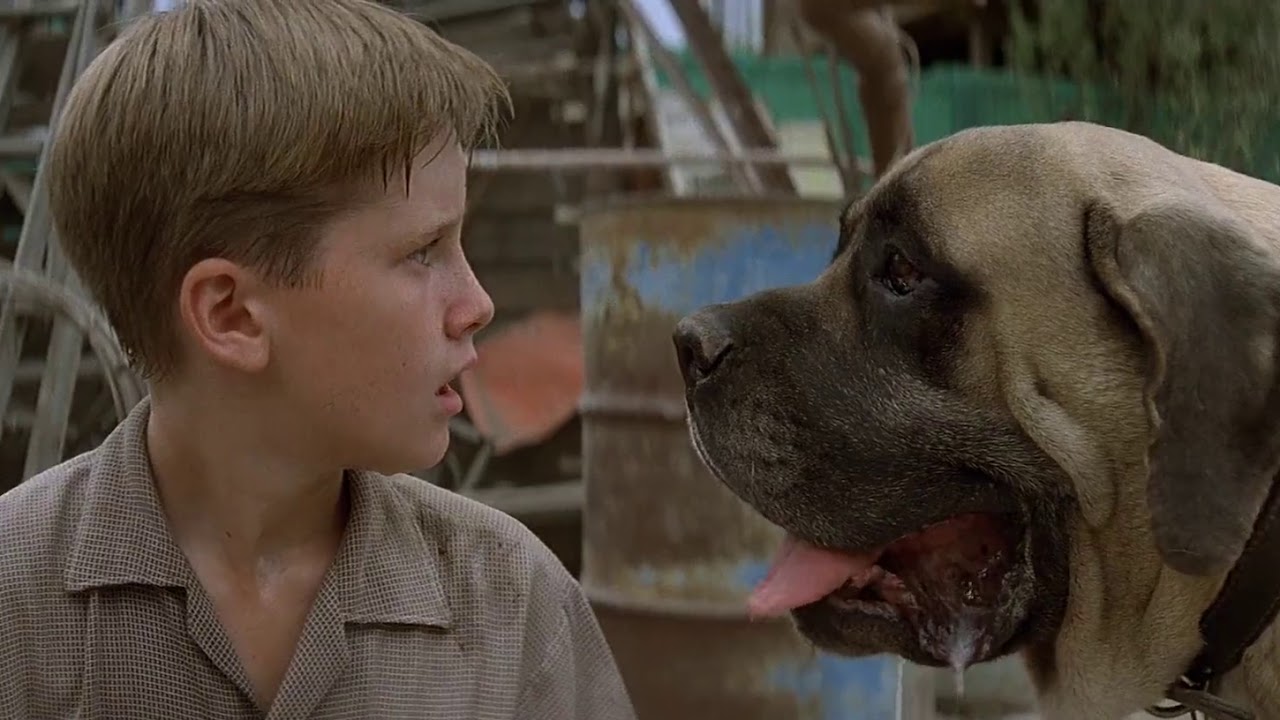 Another scenario that resembles Evans’ life is when Michael “Squints” Palledorous is crazed by lifeguard Wendy Peffercorn. He goes to the length of faking his own drowning so that he is on the receiving end of a kiss as part of the mouth-to-mouth resuscitation performed by her. Though the whole fake-drowning scene is only a part of Evans’ imagination, the character of Wendy is reportedly inspired by the lifeguards, particularly one named Bunny, whom the filmmaker encountered in his childhood. The red attire, too, is taken from real life.

“Now, all of the lifeguards at those pools were usually high school students and half of them, at least, were beautiful blonde girls who wore those one-piece red bathing suits – I remember that very clearly – and there was one of them whose name I only recall as having been Bunny and everybody always literally and physically looked up at Bunny. She was on a pedestal. That’s what it was. I thought, ‘What would be the ultimate sort of – if I could go back in time and pull out all of the stops – it would be faking my own drowning death in order to get a kiss from her,” Evans said in an interview with High-Def Digest.

In a strange turn of events, Michael Polydoros, a childhood classmate of Evans, filed a defamation lawsuit against the movie’s producers, 20th Century Fox. Michael Polydoros and Squints share a similar last name, Palledorous, in Squints’ case. He argued that Evans based the character of Squints on him, alleging that he got teased by people, which left him feeling “embarrassed and humiliated.” A trial judge dismissed the case in 1997, and the decision stayed the same a year later when the case reached the Supreme Court of California. 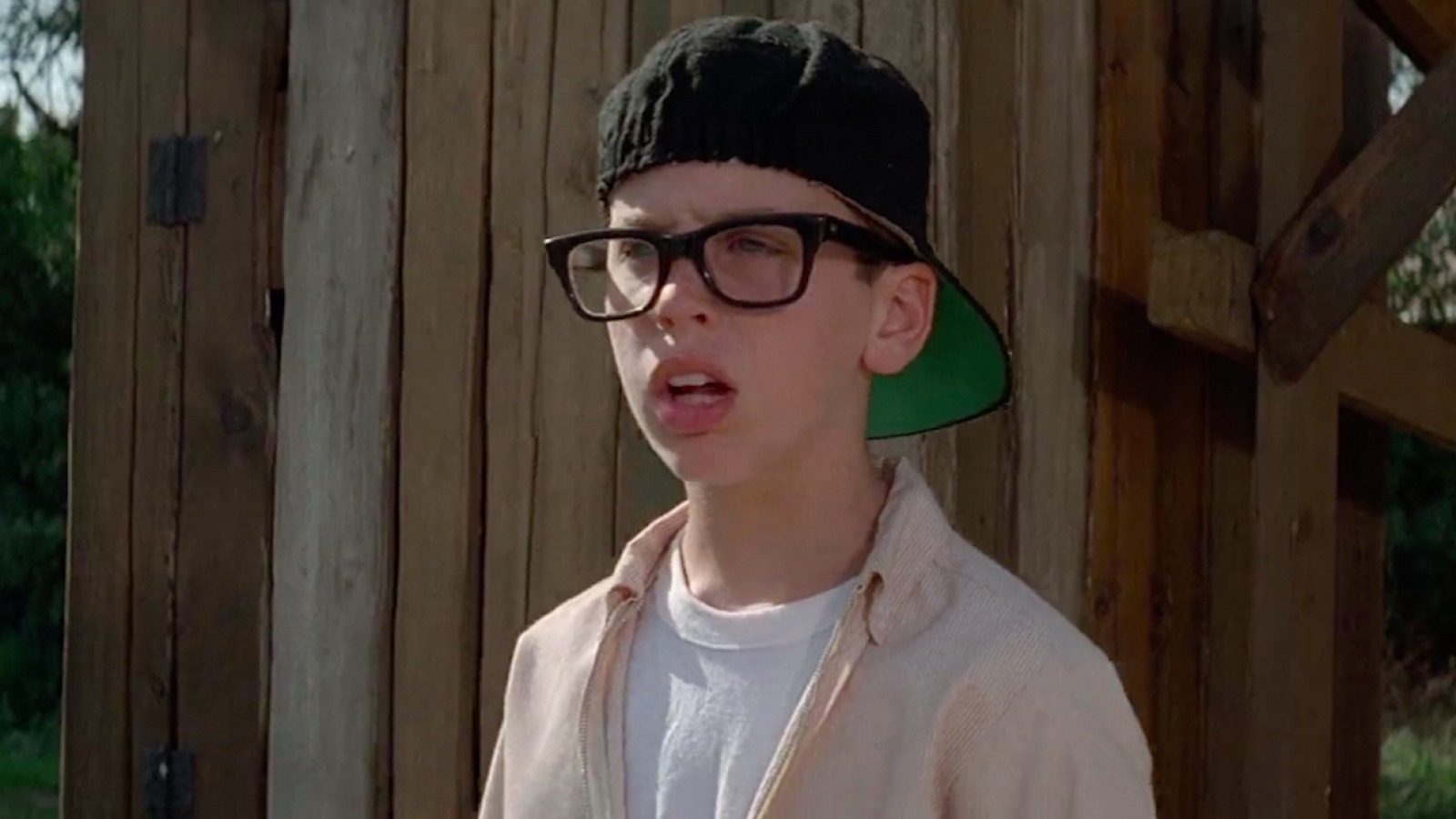 ‘The Sandlot’ is looked upon fondly by a number of people. Some of the characters in the movie have become iconic; one of those is Benny “The Jet’’ Rodriguez. Evans once revealed many people had told him the Latino character (who takes Scott under his wing and teaches him baseball) has positively impacted them. “Many, many fans have told me how much the Benny character influenced their childhoods, and taught them lessons about friendship and standing up for the little guy,” Evans told GOOD. Considering it possesses aspects rooted in reality, it is no surprise that ‘The Sandlot’ continues to be treasured by the audience.

Read More: Where is The Sandlot Filmed?