Is the Tortoise in Me Time Real or CGI? 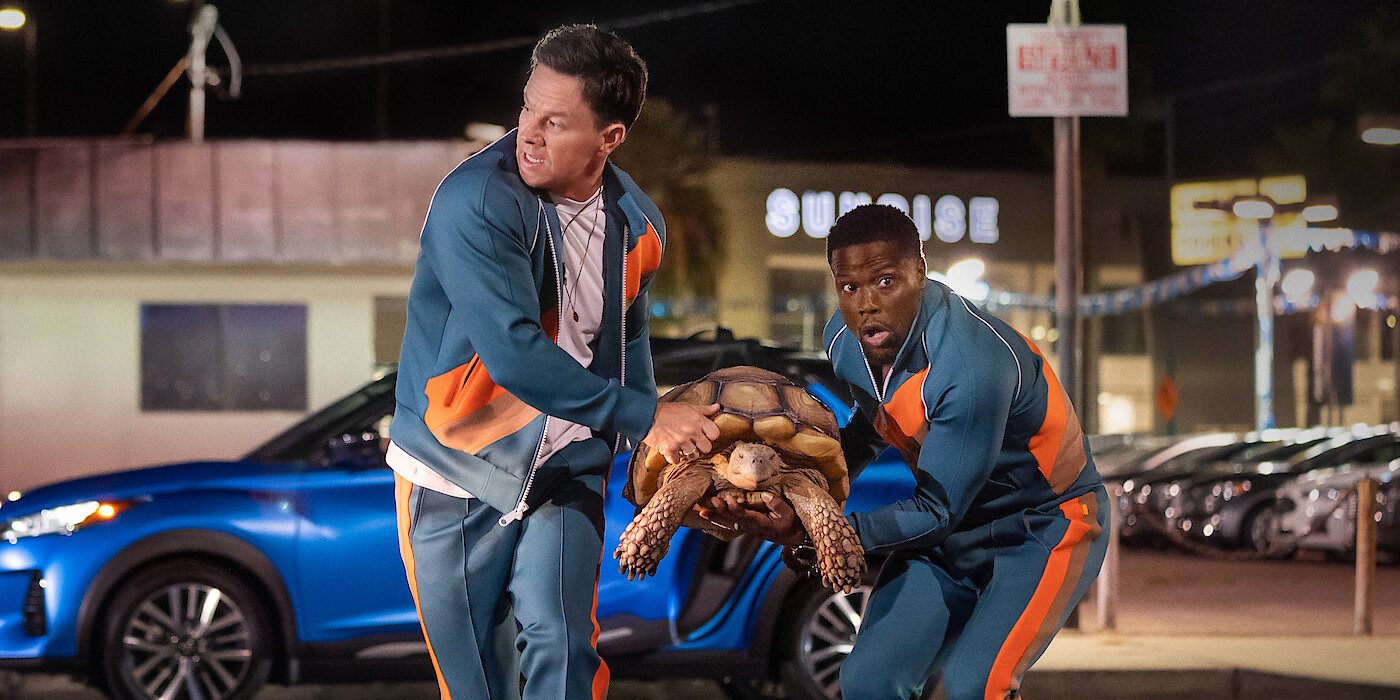 Written and directed by John Hamburg, ‘Me Time’ is a comedy movie about Sonny (Kevin Hart), a stay-at-home father who takes a short vacation from his family responsibilities. Sony reunites with his best-friend Huck (Mark Wahlberg), leading to disastrous consequences. The light-hearted and hilarious film spins the tropes of family-friendly comedy films and features some whacky sequences that will leave viewers laughing in their seats. A few scenes involve Sonny and Huck interacting with a tortoise. Therefore, viewers must be wondering whether the animal the film features is real or a CGI creation. In that case, here is everything you need to know! SPOILERS AHEAD!

Is the Tortoise in Me Time Real or CGI?

In ‘Me Time,’ Sonny is a stay-at-home father who supports his architect wife by caring for their two children. However, Sonny decides to take some time off from his responsibilities when the opportunity presents itself. However, Sonny soon realizes he has no friends and would rather spend time with his family. Nonetheless, he is encouraged to find his own thing and reunites with best-friend Huck for the latter’s grand 44th birthday party.

Later, Sonny becomes jealous of billionaire Armando’s advances toward his wife. As a result, Sonny and Huck arrive at Armando’s mansion to get revenge. However, while fleeing the scene, Armando’s pet tortoise is inadvertently crushed under their cab’s tire. The tortoise is injured but still alive. Nonetheless, the friends decide to get the tortoise medical help, and Sonny gives the animal CPR treatment before they arrive outside a vet’s house.

Despite the negative connotations, the scenes involving the tortoise play out hilariously on the screen. In the end, the tortoise named Snappy and Armando become good friends. In the film, the scenes featuring the tortoise form the crux of its humorous tone and drive the narrative in an absurdist direction. The funny scenes are undercut with some dramatic tension and feature the tortoise extensively.

In an interview, writer-director John Hamburg explained how the crew shot the scenes featuring Snappy, the tortoise. Hamburg stated the film’s team did shoot some portions of the sequences mentioned above with a real tortoise. The director revealed the wild scene, which sees Sonny giving Snappy CPR, was not filmed with a real tortoise. Instead, the crew resorted to using a 3D printout of a tortoise. The scene was filmed without an actual animal as a precautionary measure.

“When Kevin’s giving CPR to the tortoise, that’s not real. I did not want him to get some kind of awful disease from kissing a tortoise,” Hamburg said, explaining the decision to use a prop for the particular scene. The director stated a bunch of tortoises essay the role of Snappy in the film. However, none of them were harmed during filming despite a scene depicting Snappy being run over by a car. Ultimately, the tortoise in ‘Me Time’ is brought to life with a combination of real and practical props.