Is The Voyeurs on Netflix, HBO Max, or Hulu? 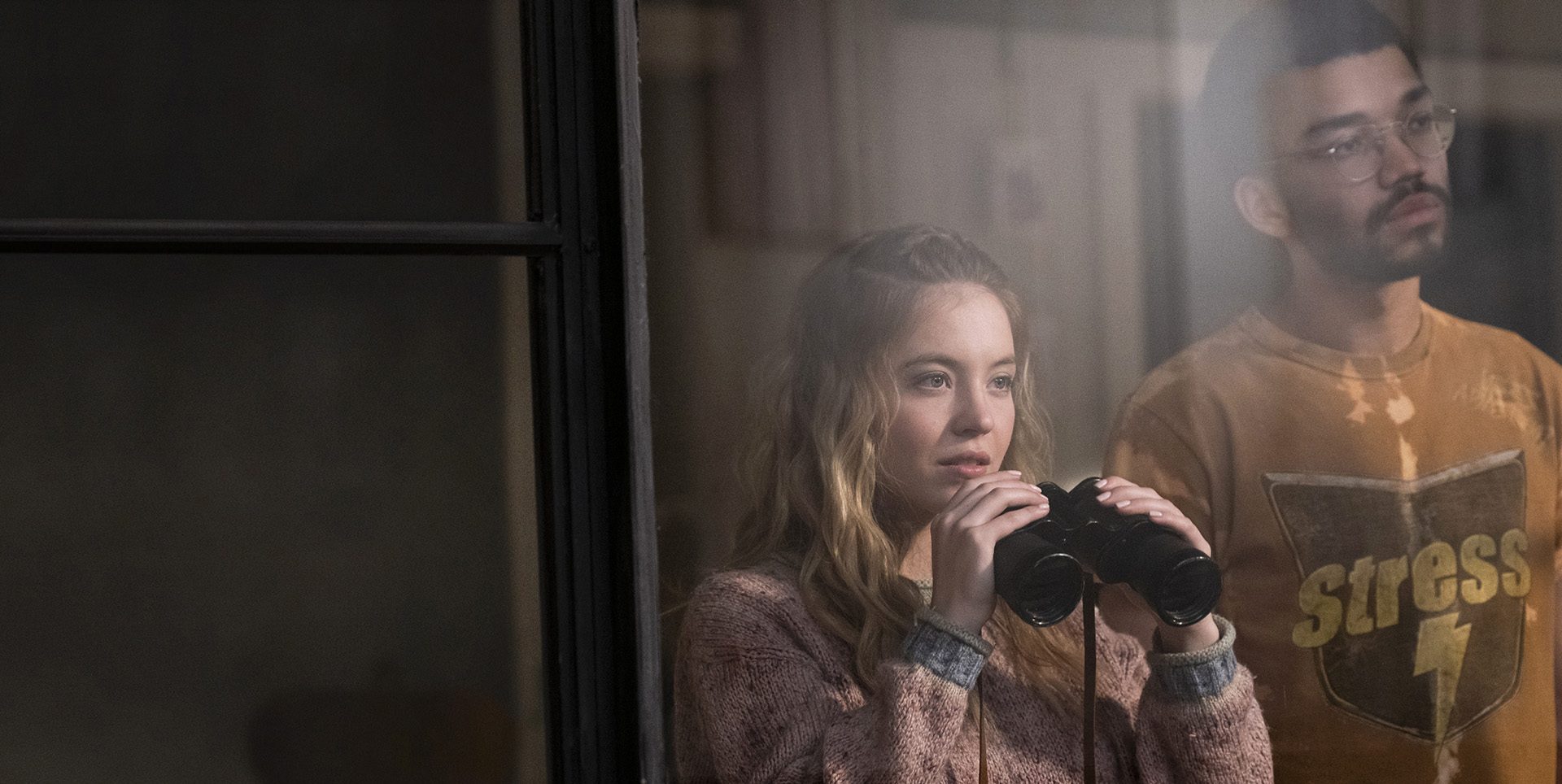 What Is The Voyeurs About?

In ‘The Voyeurs,’ Pippa and her boyfriend, Thomas, move into a spacious new loft in Montreal. The young couple is deeply in love, and they enjoy living in the moment. Soon, Pippa and Thomas begin to notice their hunky neighbor Seb, who works as a photographer. Pippa watches Seb cheating on his partner, Julia. This act adds an element of thrill to her relationship and life. However, it quickly turns into an obsession, and Pippa actively starts to interfere in Seb and Julia’s relationship while her own relationship with Thomas begins to deteriorate.

Is The Voyeurs on Netflix?

‘The Voyeurs’ isn’t a part of Netflix’s sprawling entertainment library that is second to none. Nonetheless, if you wish to engage yourself in a similar relationship drama, you can check out ‘Newness,’ which is about two millennials bored of hook-up culture who start an unconventional relationship.

Is The Voyeurs on Amazon Prime?

‘The Voyeurs’ is available to stream on Amazon Prime Video (starting from September 10, 2021). Subscribers of the service can enjoy the film at no additional cost.

Is The Voyeurs on Hulu?

‘The Voyeurs’ isn’t a part of Hulu’s impressive entertainment catalog. However, if you are in the mood for another steamy romantic story, we recommend ‘A Teacher‘ about the ill-fated relationship between a teacher and her student.

Is The Voyeurs on HBO Max?

‘The Voyeurs’ hasn’t been added to HBO Max’s collection of entertainment titles. Instead, you can check out ‘Body Heat,’ which revolves around a young woman who seduces a lawyer and convinces him to murder her husband.

Where to Watch The Voyeurs Online?

‘The Voyeurs’ is an Amazon Prime Original movie and is exclusively streaming on the service. Hence, the movie will not be available on any other streaming services or VOD platforms.

How to Stream The Voyeurs For Free?

If you wish to watch ‘The Voyeurs’ completely free of cost, you can do so by signing up for a 30-day free trial of Amazon Prime Video, which the service offers to new users. However, we encourage our readers to pay for the content they wish to consume.