Is The Wolf of Wall Street Based on a True Story? 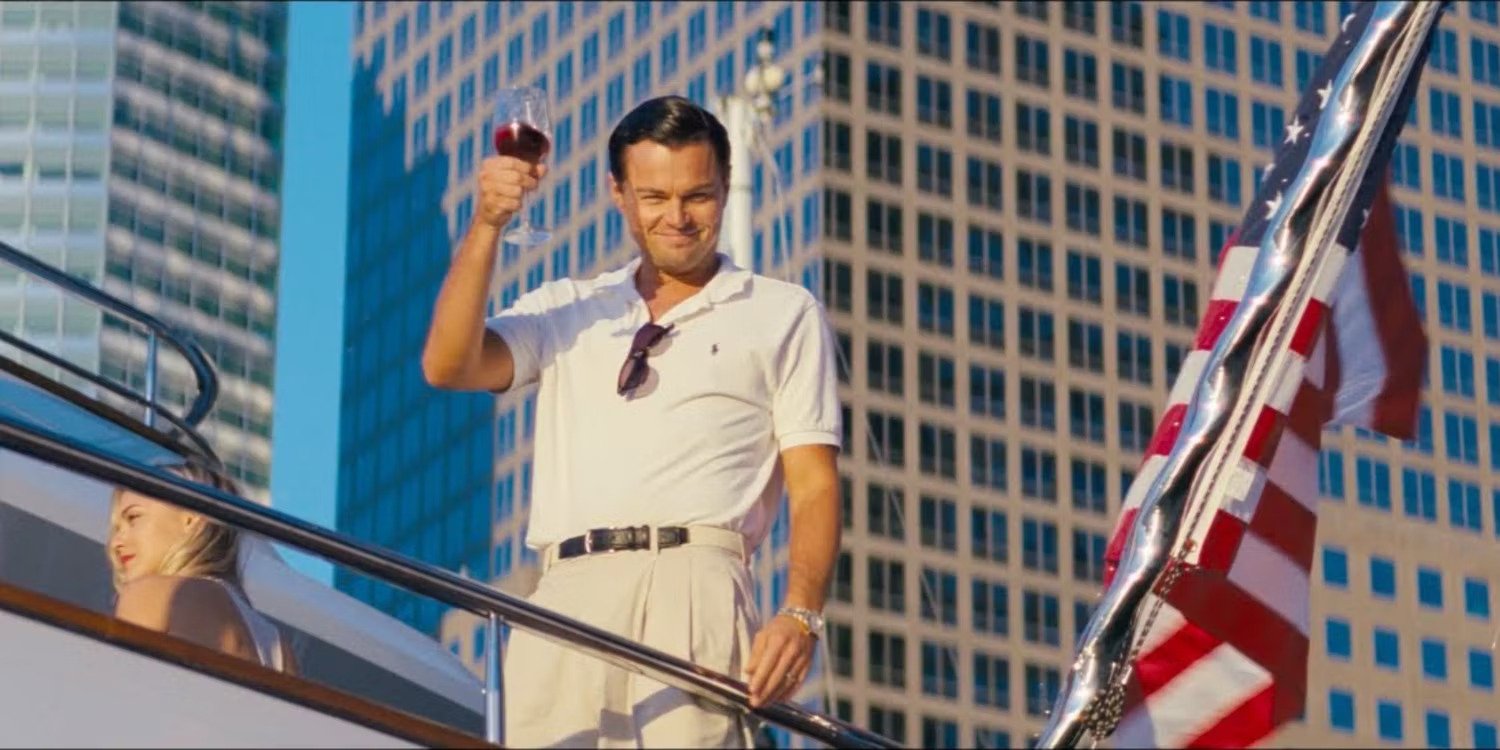 ‘The Wolf of Wall Street’ is a 2013 crime comedy that follows the prolific Wall Street scam artist Jordan Belfort. The film tells the hilarious, tragic, and often outrageous story of how Belfort rises from being a lowly broker to earning hundreds of millions by manipulating stock prices and indulging in a hundred other criminal activities. What makes things all the more dramatic is that he is backed up by a group of loyal partners and the workforce of his trading company, Stratton Oakmont.

Directed by the legendary Martin Scorsese, the movie contains an almost unending string of shocking financial crimes and excesses that Belfort and his cronies partake in. Though most of it seems almost too remarkable to be true, we got curious if what we see in ‘The Wolf of Wall Street’ actually happened. Here’s what we found.

Is The Wolf of Wall Street a True Story?

Yes, ‘The Wolf of Wall Street’ is based on a true story. It is adapted from the real Jordan Belfort’s 2007 memoir of the same name and follows his years as a stockbroker and financial criminal. What is perhaps most surprising is that the film is quite faithful to the memoir; thus, some version of many of the outrageous antics, crimes, and excesses seen in the movie indeed happened in real life! At the get-go, the film follows Belfort’s book closely, but parts of the book may be slightly embellished (since he seems to like glorifying his antics).

The memoir describes Belfort’s mostly young, working-class workforce as a “cult” that was systematically taught to con clients into buying questionable stocks. In addition, the former stockbroker has described his excessive drug use and the tumultuous romance with his second wife, Nadine (named Naomi in the film and essayed by Margot Robbie). Of course, the film takes a bit of its own artistic license and depicts scenes not outlined in the book. For one, Belfort never actually sat across and talked, much less attempted to bribe an FBI officer; he apparently only spoke to federal agents after he was arrested.

Additionally, the scene in the film where he changes his mind halfway through his farewell speech and exclaims that he is never leaving Stratton Oakmont never happened. Belfort did give a farewell speech in which he implied he would still retain control of the company, but there was no excited reversing of decisions. A few characters in the film, most notably Jonah Hill’s Donnie Azoff, are based on multiple real-life people that were around Belfort during this time. However, Donnie’s character seemingly draws most from Belfort’s close partner and right-hand man, Danny Porush.

The memoir confirms both Porush and Belfort’s addiction to Quaaludes and the incident where the latter tried to drive while under the influence of the drug. Although, Porush stated that many of the events depicted in the film, like the one involving “dwarf-tossing,” didn’t really take place. Interestingly, he also noted that no one at Stratton Oakmont referred to Belfort as “The Wolf.”

Some pivotal moments in the movie involving Donnie, like when he chokes and almost dies or when the yacht capsizes with him on it, are actually based on events involving other associates of Belfort. Nonetheless, Porush did eat an employee’s goldfish, as shown in the movie, and later spent 20 months in prison for his crimes.

Now, buckle in for some of the highly crazy things seen in Scorsese’s film that actually happened (at least according to the memoir). An associate of Belfort’s named Victor Wang (who partially inspired Chester Ming’s character) dangled the former’s butler out of a window. Moreover, the female employee getting her head shaved for $10,000 is true as well. Besides that, Belfort did crash a helicopter in his front yard while intoxicated and was also aboard a yacht when it sunk off the coast of Italy. Finally, his wife’s mother and aunt did help him smuggle money to Switzerland.

Nonetheless, coming back to the film’s potential inaccuracies because of Belfort’s own twisting of facts in the memoir, Joel M. Cohen sheds light through a New York Times feature. The former federal prosecutor, along with an FBI agent, led the criminal investigation on Belfort and arguably has more insight into the financial scammer than most others. Cohen noted some of the film’s inaccuracies and revealed how Belfort and Porush became informers quite quickly and spilled the beans on their associates, even wearing wires for the authorities, resulting in them getting reduced sentences.

Cohen said in his article that the title of “The Wolf of Wall Street” only came about after Belfort wrote his memoirs and that no one referred to him as “The Wolf” before that. Notably, the former even drew attention to the many victims of Belfort and his associates’ financial crimes, which the film doesn’t cover. In this regard, he said, “… there are consequences for blurring the lines too much. The real Belfort story still includes thousands of victims who lost hundreds of millions of dollars that they never will be repaid.” Ultimately, ‘The Wolf of Wall Street’ follows a true story that has been embellished on two levels.

One is through Belfort’s potentially aggrandized descriptions of his exploits as a stockbroker and financial criminal, and the second is through the artistic license taken by the film. Furthermore, there are important aspects of the real-life story (like the victims) that are not covered in the movie. That being said, most of what ‘The Wolf of Wall Street’ portrays is still a relatively accurate depiction of how Jordan Belfort and his associates lived and functioned. The fact that most of the film’s most outrageous moments are based on real events is a testament to just how remarkably stranger-than-fiction the true story of Jordan Belfort is.