Directed by Judd Apatow, ‘This Is 40’ is a comedy movie that follows Pete and Debbie, an almost 40 married couple, who are frustrated as their life seems to be falling apart in every aspect. Their kids do not get along in any way, shape, or form, and their respective businesses are failing. The financial constraints threaten to leave the family without a house, and the pressure is far from ideal for Pete and Debbie’s relationship.

Starring Paul Rudd and Leslie Mann, the 2012 movie is a chaotic journey that one watches with bated breaths till the very end. The events depicted in the narrative are as hilarious as they are relatable, making many fans curious about how the movie was conceived. Is ‘This Is 40’ inspired by real life or purely a work of fiction? Well, we are here to find out the same!

No, ‘This Is 40’ is not based on a true story. Judd Apatow wrote the movie as a loose sequel to his hit 2007 movie ‘Knocked Up.’ The characters of Pete and Debbie, who serve as supporting figures in the original film, take the front seat in the 2012 movie as their life as a married couple is explored. Several of the struggles that the duo faces on-screen are issues many couples and parents find themselves relating to.

Apatow reportedly used many of his own experiences to shape the film’s significant elements. “I was thinking of writing about this age [40], this moment in your life where you take stock and try to decide how you feel about it,” the director told Film Comment magazine. “You get a sense that life isn’t going to change that much. I’m not going to become a landscape architect at this point. These are my kids, and this is my wife, this is my job, this is my extended family, and how I feel in the world. What do I make of it?”

“That was the initial idea, and I just thought a lot of funny things were happening in my house, with how we were relating to each other. My kids were pulling out of being little kids who dress up like Cinderella and becoming these fascinating, much more challenging, tiny versions of my wife. It’s like living with three ages of the same woman, and I knew that was interesting,” Apatow added. When the director pondered his choice of characters, he realized that he did not need to look much further. He knew the viewers liked and connected with Pete and Debbie and decided to further their story. 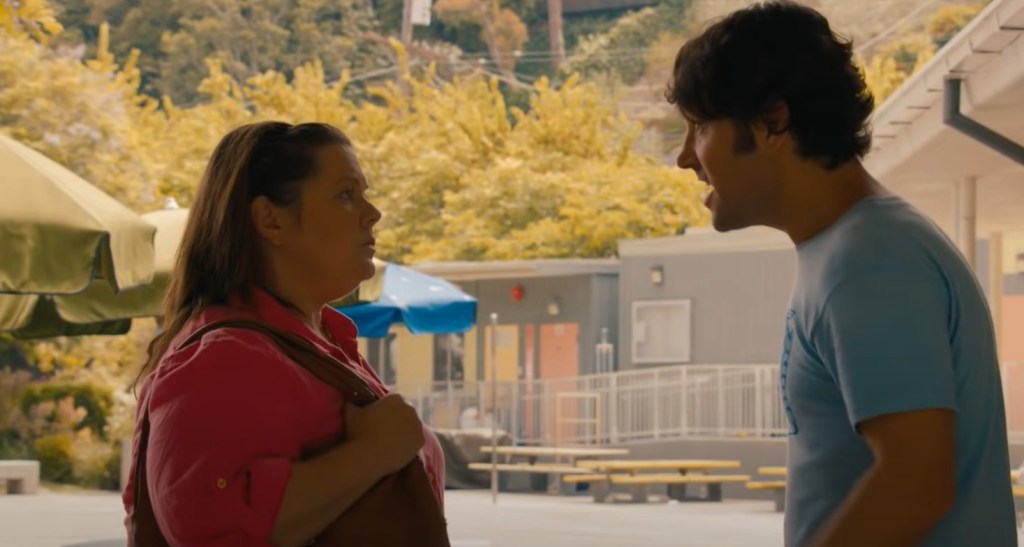 Interestingly, Judd Apatow is married to Leslie Mann, who essays the role of Debbie. “It’s almost like I’m trying to say something to myself, or Leslie and I are trying to tell each other something, and we’re doing it through the code of the movie. This movie was written in a very collaborative process with these long conversations with Leslie about scenes and possible ideas for scenes, and what position Pete and Debbie would take in all of these conflicts,” Apatow elaborated while expanding on his and his wife’s experience during the filmmaking process.

The director continued, “At the same time, we’re making up things, and we’re exaggerating, and we’re taking things from our friends’ lives and also trying to make certain themes fit our story. So at the end of it, none of it is true, yet it’s emotionally completely true.” Many movie lovers may have noticed the trend of couples reconciling towards the end of the story despite their differences and struggles in Apatow’s directorial venture; apparently, there is a big reason behind it.

“My parents got divorced when I was a kid, and I didn’t like it, so there certainly was damage done to my psyche, which makes me want people to work out their relationships and to hang in there and put in the full effort. A bad therapist could figure that out. But, you know, I like people who try really hard to connect,” the director confessed.

‘This Is 40’ may be a fictional tale, yet most of the experiences and events in the movie come from real life. While several elements have been exaggerated for the sake of drama and comedy, they have a kernel of truth that many viewers can not help but relate to. In short, the Paul Rudd-starrer tells a beautiful and hilarious tale that revolves around a transitional period in every human’s life.